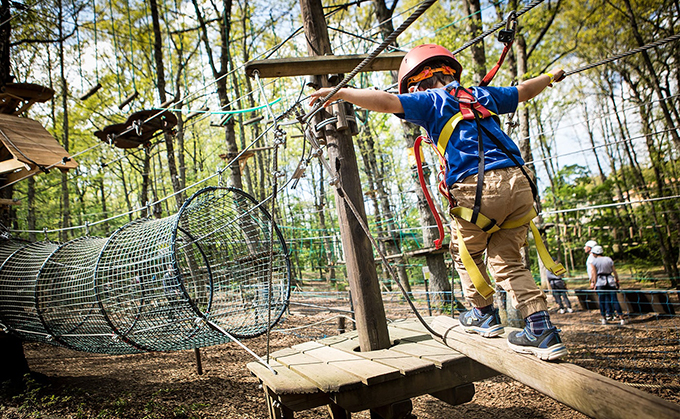 Invented almost a century ago in Denmark, adventure fields are spaces for free activities for children, which allow them to reclaim public space. In recent years, creation projects around this concept have multiplied in France. How to analyze this renewed interest? Do these fields constitute fields of experimentation and education of a new kind?

Their story begins in the early 1930s, under the leadership of Carl Theodor Sørensen (1893-1979). This Danish landscape architect is thinking about a new form of space, where children could give free rein to their inventiveness, try new experiences, and where the footprint of adults would be minimal. Its objective is to allow them to imagine and build their own universe.

In the 1950s, everything accelerated on the European continent (Denmark, Sweden, Switzerland, Germany, France). Faced with increasing urban densification, adventure fields are flourishing at the foot of buildings under construction.

The initiatives took shape after May 1968 on the basis of educational and political utopias. The wastelands of the suburbs are converted into spaces for games and discoveries. The phenomenon is then found in the United States at Berkeley , from 1979 and in Japan .

In France, projects are developing as new spaces for environmental struggles. The adventure playground becomes the place of anti-authoritarian educational practices , new collective forms of life and the appropriation of urban wasteland. In an article from Le Monde by Katie Breen and published in 1976, Dominique d’Allaines-Margot recounts her experience as a facilitator in the new city of Bouffémont in Val-d’Oise:

“The adventure playground offers the child a role, an attitude that is quite different from what is usually imposed on him. At school, she is asked to recite her lessons. At home, he must be wise… In the public garden, the play structures are made for climbing, for jumping, and they always elicit certain gestures. On the adventure playground, the child is told: “Anything goes. But nothing specific is expected of him ”.

The adventure playgrounds of the 1970s and 1980s are popular education spaces, like that of Bellevue , in Nantes, or of Meinau, in the Strasbourg suburbs, where children make the games themselves using recycled materials. and the tools made available to them by educators who guide and support them.

Precarious and subject to real estate pressure, most experiences are struggling to be sustained. But the idea continues on its way, with spaces of freedom such as the Petit Pierrots adventure playground , created in 1988 in the 20 th arrondissement of Paris. Today there are approximately more than 1000 adventure fields in the world.

In recent years, initiatives have been developing again in France, in line with the recent context of revegetation of urban spaces. Projects are spreading in Île-de-France (Villiers-le-Bel, Rambouillet, Bagnolet), in the Pays de la Loire (Nantes, Cholet, Angers, Saint-Nazaire, Orvault) but also in Reims, Bordeaux, Marseille and, in the summer of 2021, in Montpellier .

Often initiated and supported by the CEMEA (Training Centers for Methods of Active Education), all these adventure fields perpetuate this history and these struggles of common spaces within the city with today specific objectives: to rethink the place of children in the city, and promote their autonomy. 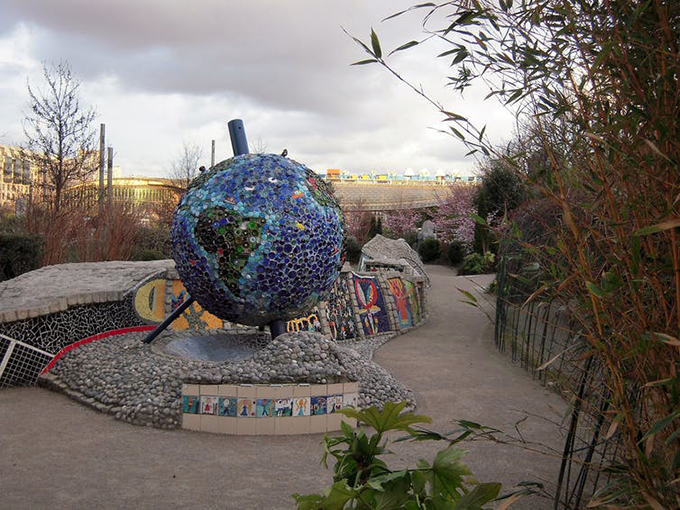 Creating a place for children, designed by them, is an innovative vision of education and urban space. Do not popular education projects thus make it possible to rethink the links between inhabitants and urban policies?

The adventure playground has become a research object with the Tapla network (Adventure lands of the past / for the future), initiated by Baptiste Besse-Patin, Aurélien Ramos, Gilles Raveneau and Clothilde Roullier as an international, multidisciplinary network and open which studies the legacy of adventure fields and their perspectives.

Recent work shows the importance of free activities in the development of children. These promote an integral education, taking into account the different facets of each person’s personality: intellectual, manual, bodily and emotional.

Rather than offering structured activities, the adventure fields favor this approach, by focusing on the needs and desires of children, their curiosity to build, build, garden, take care of animals or simply observe their environment.

There is no initial desire for formal learning and this freedom involves taking risks. The adventure ground is thus conducive to the discovery of autonomy. Getting to know each other better, understanding others better and the need to be with others are the building blocks of this individual and collective autonomy.

Assessing the risks you take is essential to children’s learning, development and health. In these areas, they will experience their own limits, cooperate, exchange, share, get involved.

To perpetuate these experiences and participate in their spin-off, a charter for adventure playgrounds should be considered. This would not only make it possible to better define their social and educational intentions – different from those of the playground – but also to establish the convergences and differences of the projects.