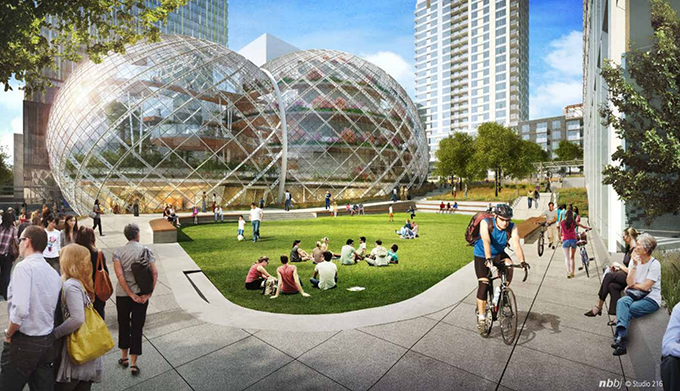 Amazon’s recent decision to pull out of plans to establish a new headquarters in New York City received a lot of attention. Much of it focused on whether the big tax breaks the company would have gotten as part of the deal were fair and reasonable.

Noting that the company would have brought 25,000 new jobs and major revenue to the region, New York Gov. Andrew Cuomo called the pullout the “the greatest tragedy I have seen since I’ve been in politics.”

I study the nexus of business, science and academic research. From that vantage point, I think a different implication of Amazon’s decision needs attention.

But first a little background on the Amazon deal.

In search of academic partners

Amazon started searching for places to build a second corporate headquarters in 2017. Its request for proposals asked cities and regions to highlight creative partnerships with local colleges and universities. The idea was to make sure the new headquarters location could meet the company’s needs for a highly skilled technical workforce.

“Amazon mania” ensued, prompting 238 proposals from interested cities and regions. In late 2018, Amazon chose two: Arlington, Virginia, and New York City. Both are home to – or surrounded by – many colleges and universities that do extensive work in areas of interest to Amazon.

On Virginia campuses, Amazon’s decision led to stepped up efforts in “Amazon-related fields” such as business, computer science and math.

Virginia Tech is moving quickly to complete a US$1 billion “innovation campus.” That campus will emphasize topics such as artificial intelligence and cybersecurity that are of special interest to Amazon. It will be located just minutes from HQ2.

Similar plans were being pursued in New York City. Several area universities, such as CUNY, NYU and Cornell Tech, developed research and partnership plans to help Amazon meet its needs. But Amazon ran into political opposition from elected officials and community activists in New York City who were opposed to the nearly $3 billion in tax incentives the company would receive. That resistance led the company to back out of the New York headquarters deal. Amazon’s withdrawal imperils the plans that the New York colleges developed to help attract it. Which brings us to a problem I think needs more consideration.

When colleges and universities rush to make sure that Amazon – or any other company – has what it needs, they run the risk of damaging the very things that make them unique and valuable to their communities in the long term.

The first risk is narrowing their work. This is particularly the case when universities step up efforts in a few fields of immediate interest to a particular business partner without attending to other aspects of their missions.

As I argue in my new book, “Research Universities and the Public Good: Discovery for an Uncertain Future,” universities are a special kind of “anchor tenant” for their regions. They make good anchors because they are relatively open, committed to their places, and unlikely to go out of business. Their broad research and teaching allows them to engage with many different interest groups. That, in turn, helps make their communities more resilient and innovative.

Those things are endangered when campuses yoke themselves to the current needs of particular companies and industries whose situations and needs can change quickly.

The challenge is to ensure that new investments and activities to address particular partnerships do not come at the cost of pruning or ignoring other areas – such as social sciences, arts and humanities, education, urban planning or social work – that might be less immediately relevant to business but important to other stakeholders.

In the case of Amazon, both Virginia and New York universities chose to emphasize computer science, engineering, business and mathematics exclusively in their plans.

I think a narrow focus that closely aligns university work with near-term business needs is perilous. One of the dangers is that powerful corporate partners might control universities by formally or informally shaping the direction of their research and teaching. The result can be lower impact research and potentially fewer career possibilities for students.

The other risk that universities face when they rush to serve the needs of a particular business is that companies work on tight time horizons, and may change direction or just up and leave – as Amazon did in New York City.

The different agendas and concerns of higher education and business mean that when universities overcommit to the needs of a single partner, they may be left hanging.

That’s what happened with the University of California, Berkeley’s famous deal with Novartis – a Swiss-based pharmaceutical company –in the late 1990s. There, concerns about academic freedom, corporate control of university activities and the deal’s impact on faculty and students loomed large.

Changing industrial conditions ultimately led the company to shift its focus away from the university. The joint Berkeley-Novartis research deal ultimately dissolved in 2003 after the company spun out its agricultural division. A similar, 2007, $350 million deal between Berkeley and oil company BP went south when oil prices dropped in 2015.

More recently, students expressed concerns about a $100 million deal between the University of Wisconsin and Foxconn. Graduate students were worried about corporate control over academic research and ownership of intellectual property. In the Foxconn case, a lack of transparency and certainty about the process and Foxconn’s changes to a companion deal with the state of Wisconsin highlight conflicts between business and community needs.

The bottom line is that when colleges and universities focus on a single business or industry’s needs they run serious risks. If corporate deals come at the cost of broader research and teaching portfolios, universities put their stability, credibility and the expertise they need in other fields on the line. Those are the very things that make them good anchors for regional economies and communities.

Author Bio: Jason Owen-Smith is Professor of Sociology, Executive Director, Institute for Research on Innovation and Science (IRIS) at the University of Michigan