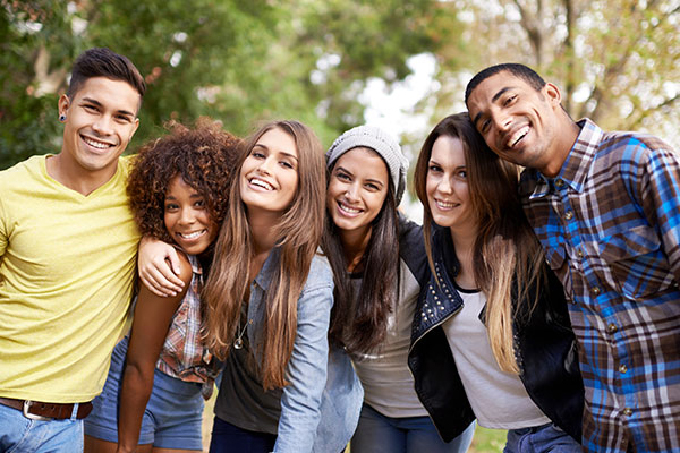 The people running our institutions of higher education are fascinating. They’ve now gone so long without any checks on their power, without anyone to tell them “you have no clothes,” that they generally make fools of themselves when they speak…generally to a media lacking the guile of a child, or at least the guts to point at these self-proclaimed titans of industry and laugh.

A recent interview with an interim Poo-Bah by a local affiliate of ABC yields a disappointing but typical representation of how our leaders in higher ed think. Literally every quote in this interview saddens me, so let’s go quote-by-quote:

“You notice as you walk around campus, the declining enrollment,” [Poo-Bah] Dorsey said. “You used to see herds of students and it’s not that way anymore.”

I’m not excited that this guy refers to students as “herds,” as though they were cattle to be milked at need. Moreover, this is a state school, supposedly serving the interests of the people of the state. If the people no longer need the services of the school, how is it a bad thing?

“Part of it is trying to catch up because we took a beating during the budget impasse,” Dorsey said.

Yes, and? I mean, there are only so many tax dollars, and if the taxpayers don’t want the school they’re paying for so much…shouldn’t it get fewer dollars? This guy gets around half a million a year in salary/benefits. Instead of moaning about it, how about a plan to cut back appropriately?

“I think the state legislators are recognizing the impact that underfunding the state university’s [sic] has had over the past several years and the budget impasse really was devastating and pushed everyone over the edge,” Dorsey said.

I wish he could give a more concrete examples how exactly the school is “underfunded.” Even schools paying hundreds of millions in settlements seem to have the money for it…his claim of ”over the edge” just doesn’t do it for me. As far as I know all this “underfunding” has done is, maybe, cut into the administrative ability to buy lakefront property. His appeal to emotion is pathetic.

Dorsey agrees with Lathrop, “Enrollment is everybody’s business. How we treat students, AKA customers, is important. So our customer relation has to be first rate.”

Oh no, not the student as customer canard. It’s long been established as a disaster when it comes to something the Poo-Bah never mentions. Can the gentle reader guess what it is?

“Clearly the goal is to continue to increase enrollment, but I can’t produce students out of thin air,” said Dorsey.

Wait, the purpose of the school is to increase enrollment? What? The man is sadly confused.

No, you can’t produce students…but you totally have the power to trim the excesses of the administrative caste. Really, we’re told these guys get paid so much because they’re leaders. Leaders have plans for moving forward, but all this guy does is whine.

What might the school’s goal be, if not to increase enrollment?

While not an exact quote, I want to discuss this, as I’ve heard the like from our campus leaders many times. You know what they do right after saying they don’t want to lower standards? Lower standards. Thousands of years ago, the great philosopher Socrates advised to pay more attention to actions than words…it’s still valid advice.

Considering this Poo-Bahs obsession with enrollment and money, it’s very clear that, yes, there will be a lowering of standards here in the near future. It’s the only choice you see, because cutting into the lakefront property owned by admin just isn’t on the table…admin picks what goes on the table.

Hey, did the gentle reader guess the one concept this Poo-Bah never mentions, a concept which would do more for the school, and the community supporting that school, than lowering of standards? Incidentally, it’s also the goal of the school, though he doesn’t know it:

The Poo-Bah had every opportunity in this interview to talk about his plans for his school, an educational institution. Instead, he bemoans the facts that there are no herds of kids to fleece and that the flood of tax dollars flowing onto campus is slowing to a great river, and he simply cares about nothing else. Perhaps I’m wrong, but he certainly gives no indication that he cares about the one thing that should foremost on the mind of the master of an educational institution.

It’s not on the table, either, because the hard work of improving the education, building the school’s reputation so that students from far and wide will come to it, just won’t offer the immediate benefits of lowering standards, plundering the reputation of the school while scraping up as much of the local population as possible.

I’m not picking on this one guy, he’s pretty much the template for all our leaders in higher ed. But does it really need to be this way?