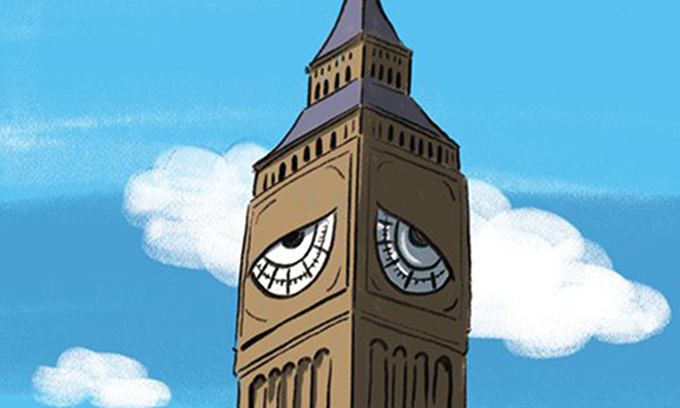 Materials produced by groups with “extreme political stances” have been barred from English classrooms by the UK government under new guidance for the relationships, sex, and health curriculum. Most of these extreme principles – racism, antisemitism and authoritarianism – are uncontroversial. But the list also includes opposition to capitalism: the “desire to overthrow democracy, capitalism, or the end to free and fair elections”.

This, from the government's official schools' guidance, is McCarthyism. Desiring another form of organising society other than capitalism is a valid political opinion, and this would be used to target movements such as Black Lives Matter. pic.twitter.com/isqz2mW8Ln

Debates about whether to bar anticapitalist views from the classroom are not new. British lawmakers have considered similar bans on numerous occasions since the 1917 Russian revolution. But previous British governments refused to forbid materials from radical groups – including communists – from British classrooms, even at the height of the cold war.

This was due to an ethos of British liberalism that devolved most curricular decisions to teachers and local authorities before the 1980s. As a Times editorial put it in 1944, government should respect “the traditional British freedom accorded” to let teachers “teach, within broad limits, what seems best to him”. In that context, the current government’s move seems particularly stark.

In 1927, parliament considered banning “seditious teaching” of the “recognised Communist type which aims at destroying the existing Constitution and the order of things”. The bill targeted both school classrooms and “Proletarian Sunday Schools”, and criminalised the distribution of literature in which “private property is anthematised as robbery”.

Its sponsor, Conservative MP Herbert Holt, highlighted materials such as the “Worker’s Child”, produced by the Young Communists’ International. “Freedom of speech in this country has always been highly valued,” he argued, but “the line must be drawn somewhere”. Despite worsening Anglo-Soviet relations and widespread domestic antiradicalism in the wake of the 1926 general strike, parliament had little appetite to draw such a line, and the bill died quietly in the report stage.

In 1950, parliament again debated the influence of communist organisations on public schools. Conservative MP Tufton Beamish complained that schoolteachers were “pouring revolutionary, seditious and atheistic propaganda into British children’s ears”. Left-wing groups such as the British-Soviet Friendship Society were circulating materials for use in British classrooms.

Yet a Ministry of Education official scoffed at his implication:

There is no evidence that, because teachers may read from Liberal pamphlets, pamphlets from the Tory Central Office or Transport House, or pamphlets about Russia written by Communists, they have allowed the information they have taken from them to influence their work.

As one MP remarked: “We have got to rely upon the commonsense and the judgement of the teachers.” Parliament agreed, again choosing to leave curricular decisions to educators. The matter was largely settled for decades.

Meanwhile in the US, legislation barring the teaching of “subversive” doctrines proliferated. States and towns demanded loyalty oaths from teachers and required that schools teach the “American way” of “free enterprise”. By the early 1950s, school curricula had become a central focus of anticommunist crusaders such as Senator Joseph McCarthy. Seemingly anodyne elementary-school stories such as Robin Hood were held up as dangerous “communist” indoctrination in “robbing the rich to give to the poor”.

To be sure, British governments — both Conservative and Labour — indulged in their own anticommunist propaganda via secretive organisations such as the Information Research Department. British citizens, including teachers, were caught up in MI5’s very large programme of clandestine surveillance and policing of suspected subversives. Nevertheless, Britain’s schools emerged from the cold war without the deep politicisation that McCarthyism inflicted on American education.

This means that the Department of Education’s new policy goes much further than any British government during the cold war, when communist movements around the world had successfully overthrown capitalist regimes.

It also goes further than Prevent, the 2011 antiradicalisation programme which gave the state new authority to review curricula. Prevent guidance calls for students to “understand and discuss sensitive topics, including terrorism and the extremist ideas that are part of terrorist ideology”. Prevent defines “extremism as “vocal or active opposition to fundamental British values, including democracy, the rule of law, individual liberty and mutual respect and tolerance of different faiths and beliefs”. Capitalism is not named as a British value, nor is anticapitalism defined as an “extreme view”.

So why target anticapitalism? The curricular guidance applies only to the “relationships, health, and sex curriculum”. Feminists have long insisted that sex and relationships have everything to do with capitalism and democracy, but it’s hard to imagine that fears of feminist propaganda motivated the change.

On the other hand, movements such as Occupy and Extinction Rebellion have attracted mass followings with their systematic critiques of capitalism, inequality and environmental crisis. The appeal of such movements to young people may have motivated the government to act.

Perhaps the government is trailing a broader approach to curricular oversight, one that mirrors President Donald Trump’s recent announcement of a “1776 Commission” to promote “patriotic education” in the US, or Victor Orban’s February announcement of a national school curriculum reflecting “Hungarian values”. School curricula have become flashpoints for populist regimes around the world. Is the UK government following this trend?

During the cold war, British officials and intellectuals were proud of Britain’s reputation for political toleration, especially in comparison to the abuses of American McCarthyism. In 1954, Hartley Shawcross, British prosecutor at the Nuremburg trials, praised British “doctrines of toleration and liberty” that gave citizens “the right even to attack our whole system of government”. “We have refused to allow ourselves to be stampeded by fear,” he said.

Britain’s new bar on “extremism” in school curricula would likely strike him as extreme indeed.