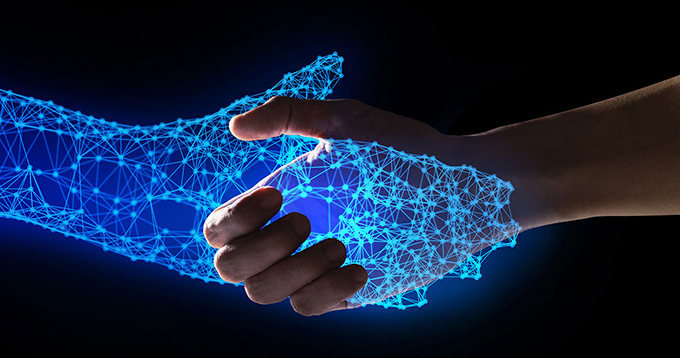 It may not be poetry, but the neologism “phygital” captures the balancing act required as organisations dip their toes back into physical interaction, without abandoning hard-won digital capabilities.

This is one of a handful of buzzwords that have emerged out of a series of educational webinars, called The McMaster Collaboratorium, that has taken a diverse community of more than 2,000 executives, board directors and emerging leaders from over 20 countries on a tour of the shifting economic landscape, highlighting the uneasy, exciting tension between what leaders in all sectors used to do and what they must now learn to do.

The delicate balancing act required as campuses and other workplaces open up again will be fraught with tension, sometimes generational. Says one academic leader: “Humans are social animals who want to connect face-to face.” Contrast this to the student who says: “We are perfectly comfortable connecting socially through digital means  –  so what’s the big deal?”

A defining issue for many organisations, including university administrators, will be how many people will want to go back to working (or teaching) in physical proximity. For those who stay home, there is the dangerous potential for a constant 24-hour barrage of data, meetings and emails, as opposed to discrete moments of contact. Then there are the apparently mundane practical questions. If you cut your finger with a bread knife making a sandwich in your kitchen, is that a workplace accident?

On a bigger scale, flourishing in the phygital world means the massive redeployment of resources  –  the reduction of expenditure on physical infrastructure while allocating much more budget to home-based technology and physical and emotional support.

Agility was already an organisational imperative, but now it has taken on a new urgency as organisations have to be incredibly nimble in responding to disrupted business models and shrinking balance sheets.

Many of the panellists who joined the Collaboratorium discussions believe that navigating the “new normal” will require new models of leadership capable of working across numerous boundaries and paradoxes. As aptly stated by Blair Sheppard, dean emeritus of Duke Business School, “the great leaders of the future will need to be tech-savvy humanists”, capable of understanding technology’s applications but also grasping its unintended consequences for society. Sheppard’s comments were echoed by Chris Ernst, former global head for people and organisational potential at the Gates Foundation: “Leaders must become adept systems navigators who can look beyond apparent boundaries and barriers, and see instead frontiers: those unexplored areas with potential for innovation and new ideas.”

As several Collaboatorium speakers noted, the expanding “Zoom” universe offers exciting opportunities to access a global community of students and lifelong learners, while also acknowledging that their own local academic institutions are now ripe for disruption. Organisational agility is about more than doing new things, after all. It is also about letting go of old habits and practices  – something many executives, directors, and university presidents will struggle with – not to mention their employees. Dealing with the complexity and change now confronting them, many organisations will need to have a frank review of their competencies, at both senior management and board level.

The problem is that large legacy organisations such as universities are in many ways hardwired to resist the type of changes demanded. As a Collaboratorium speaker commented, business schools may end up teaching the principles of business agility and the principles of design thinking, open innovation and risk-taking to business executives, while the people at the top of their own institutions remain entirely ignorant of them.

It will be a daunting challenge for leaders to navigate these complexities in a world that was already grappling with extraordinary change – technological, environmental and societal. In the view of many Collaboratorium speakers and participants, what Covid-19 has done is to shatter any hopes of incrementalism.

The future has come much more quickly than we thought it would. But perhaps the pandemic is enough of a shake-up to spark real change and prepare us all for the even greater challenges that lie ahead.

Author Bio: Michael Hartmann is Professor of Medicine and Management at McMaster University.