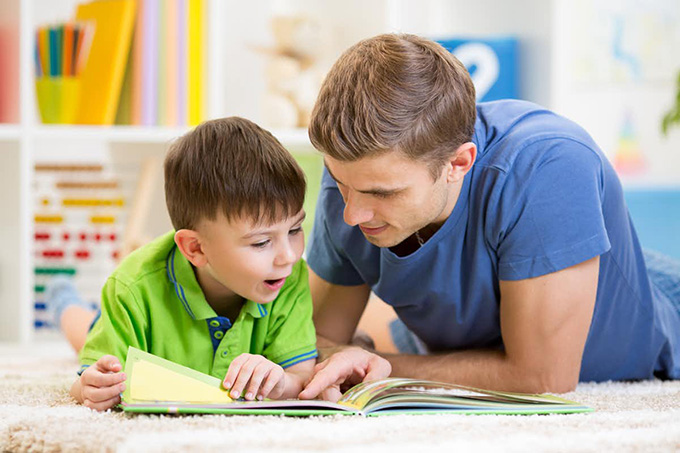 In a second grade Primary Education classroom (7-8 years old), before confinement, students were struggling to write a story from reading articles in a digital newspaper and another on paper. The girls and boys, sitting in pairs, discussed what title to put and what content they wanted to capture in their own text while occasionally consulting the example that the teacher had given them.

A girl, after a hot discussion with her partner, said to her teacher: Isn’t it true that I have written well “people”? (The word “jente” appeared on the sheet where they were writing). The teacher asked if they both agreed and, given the hesitant answer they gave, asked how they could make sure they had written it correctly.

The boy, then, remembered that the word appeared in the news, they reread part of it and discovered what the correct spelling was, with the consequent satisfaction of having achieved it by themselves.

This example, which may seem like a mere anecdote, allows us to focus on an idea that may not be very evident. You learn to write by reading, and by reading consciously and thoughtfully.

This is indicated by the research, both to learn to write orthographically correct, as well as to be able to attend to and reproduce the textual characteristics of a certain genre, and even reproduce the forms that written language takes in a certain field of knowledge. Let’s go by parts:

How do we solve a spelling problem?

Being able to link phonemes, which are sounds with “fuzzy” limits, with specific letters will allow them to write legible words. However, when they succeed, they will still have to master other challenges that are no less complicated, such as spelling. In fact, and as has been described in the anecdote at the beginning, what allows us to become aware of the spelling rules are the written texts.

If adults simply read aloud to children and children are unable to observe and write the words, they would not be able to learn the written code.

In addition to spelling, reading various texts allows learners to discover how words are separated from each other, since oral speech is actually continuous. That is, the oral statement “How are you this morning?” we pronounce it in a continuous way, we don’t separate the words when speaking; we only do it when writing . Hence, it is difficult for the apprentices to find the limits between the words when they start writing, and it is the reading of texts and the reflections that other people provoke that allow them to delimit them.

Write a job application, better with an example

Reading is crucial to adjust to the orthographic and morphosyntactic norms that govern writing, but it is also crucial to be able to appropriate the characteristics of different textual typologies that we find in our daily lives.

In a similar way as illustrated in the example that started this article, properly write an e-mail , a news item, a description or, in the case of adults, a job application or a motivation letter, it depends, to a large extent, to have plausible examples, to be able to read them carefully and to rewrite them according to our needs.

Inventing a story or writing a job application without being able to consult the structure, the type of language that is most appropriate in these types of text, and even the specific canonical formulas that are used to use in them, can end up leading to failure. loud. The rewriting , a notion that involves writing from reading and text analysis, is key in many situations, not just of academic or professional life but also social.

Writing at university, always from reading

Even in the university context, rewriting, based on reading, is essential to learn to write academically or epistemically. Each discipline has its own particular way of structuring and presenting the knowledge it develops.

The specific ways of transmitting scientific knowledge in writing are specific to each field: in history, events are narrated and causes and consequences are linked; in physics and chemistry hypotheses are shuffled that are refuted or confirmed by tests or studies with specific variables … Students, in addition to learning the specific vocabulary of each discipline, must modulate their writing to adjust it to the canons presented in the documents written in the Knowledge domain that corresponds. In other words, they must become academically literate , read texts to understand not only knowledge, but also how this knowledge is organized and transmitted through writing.

Let them read us yes, but …

Undoubtedly, being read to us when we are small or even older is an important way for the enjoyment and pleasure of reading. Also because everything that has been read to children up to the age of 5 has been shown to predict their success (or failure) in future schooling.

Now, reading or listening to audiobooks without being able to observe the text that is read to us, despite the fact that it helps us to become familiar with the written language, does not offer us clues on how to write correctly, nor does it allow us to reflect on how the text.

On the other hand, reading, either individually or jointly with other people, being able to visualize and follow the text, brings us closer to knowing in detail how it is written and how the various and different writings that can be performed are. Visualizing how texts are written, shredding them through discussion with others, rewriting them together with other colleagues, should be the way to go to achieve full writing competence.

Author Bio:Nuria Castells Gómez is Professor at the Department of Cognition, Development and Educational Psychology at the University of Barcelona