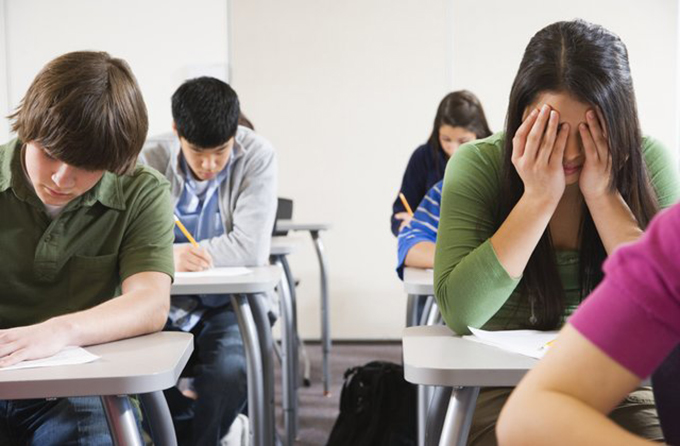 A curious fate is that of continuous assessment for the baccalaureate exam. After having been long and strongly refused , both by teachers and high school students, and their respective unions, he is acclaimed by the same. Those who were revolted by the prospect of the introduction of a dose (even a small one) of continuous monitoring are now mobilizing for the baccalaureate to be awarded according to this single evaluation method!

Admittedly, this year’s baccalaureate candidates are no longer strictly speaking the “same” as those of the (happy?) Days before the “Blanquer” reform, which precisely took into account the continuous assessment in the notes of the bac, and especially before the pandemic. Certainly, the circumstances have changed. But should we then resign ourselves to being under the yoke of circumstances, to the point of becoming their toy?

What can we expect from the bac?

It is the problem of the meaning and place of continuous monitoring in a perspective of final evaluation that is raised. And this problem can only be solved if we ask the preliminary question of the purpose of an examination such as the bac.

By imposing an exam of this type at the end of high school, what do we want to do? Essentially, ensuring that high school students have appropriated the knowledge and skills of the curriculum, and are therefore able to successfully pursue higher education. The examination must be able to make it possible to verify a sufficient level of mastery, with a view to socially certifying the possession of the acquired knowledge which had been deemed necessary during the development of the curriculum.

The examination must therefore respect two imperatives , objectivity and fairness:

The choice of examination methods should be made primarily on the basis of these criteria, and not of considerations of expediency.

Between two logics: reason, and events

Now, what do we see? Attempts to base this choice on reason are almost always thwarted and jostled by events of a political nature (party play, electoral ulterior motives), social (union tensions, strike movements, demonstrations), or health (pandemic). The tragedy of history (“the apparent disorder of the infinite mass of the contingent” in the words of Hegel in his Encyclopedia of Philosophical Sciences ) comes head-to-head against the game of reason, which is already difficult to deploy.

And we are, so to speak, reduced to the role of passive spectator watching the various episodes of a “series” scroll, of which today the sanitary has become the main common thread. After long years of tension on 100% final testing, the “new baccalaureate” tried to establish a certain balance, with 40% continuous testing, including 30% of specific common tests, versus 60% of final tests. .

But the events have passed that way. And, ironically, continuous testing made a big leap forward by surprise at the 2020 bac (sometimes called “Covid bac” ), where it finally reached 100%.

In 2021 the risk looms of a bac that some qualify as “free”, because awarded without any specific test. With again the choice of “all continuous monitoring”, a choice no longer simply constrained by events, but imposed, in the name of justice and equity, by the most numerous actors (parents, unions, students). However, in the current state of affairs, we are already at 80%.

A little reason in the story?

The question is complicated by the fact that we can distinguish two forms of continuous monitoring:

Recent history may raise fears of a definitive triumph, by “sponge-throwing”, of simple continuous control , “increasingly constrained by human turbulence (eg: demonstrations and blocking operations) or natural (eg: coronavirus pandemic), which tend to make it almost impossible to hold a very large-scale temporal and spatial examination, having the dual terminal and national character ”.

Why “fear”? Because the choice of the right formula, for an exam such as the bac, brings into play two different tensions, although they come into correlation. One, opposing the terminal to the continuous. And the other, the national to the local. It would therefore be necessary, rather than to be tossed about at the whim of events, to weigh the advantages and disadvantages of the four forms of control in play (terminal vs continuous, national vs local), to seek, not a martingale, but a tempting formula. to successfully balance the risks and the expected benefits specific to each form. The “Blanquer” baccalaureate had the merit of being an attempt, no doubt perfectible, in this direction.

The danger is to be tempted to think that a formula imposed by the circumstances is, after all, good in itself, the effectiveness leading to resignation. Continuing review arguably does not deserve the present excess of honor any more than it deserves its past unworthiness.

While waiting for a hypothetical victory of reason in this tormented history, we can already retain two great lessons from the last two episodes: reasoned choices are always preferable to constrained choices. And, whatever the formula chosen, the candidates must be able to benefit from a serious preparation for the exam, under penalty of seeing them rise up against its absence.