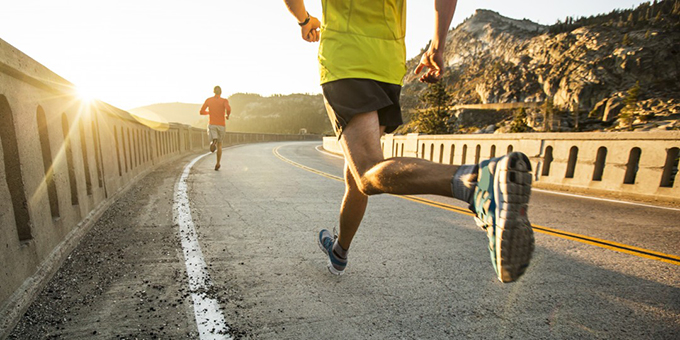 At twenty-three, I stood in front of a mirror. After working out strenuously for months, I was in as good physical shape as I had ever been. But I knew for the next couple years I would get to exercise less, much less. I was about to start a PhD and start teaching full time. And my wife had just given birth to our second child. So I sighed, smiled, and accepted the inevitable.

I was prepared to make a tradeoff. Since I couldn’t do it all—degree, job, family, fitness—I figured I’d put my body on hold while I worked on my brain. Sure, I wouldn’t be in my early twenties anymore when I got back to exercising. But, given all the fitness I’d banked, I should be alright, right?

As it turned out, grad school cost my body more than I had anticipated.

I stopped exercising, stopped sleeping well, and (to my great surprise!) stopped metabolizing as quickly as I had. I started sitting in a armchair for hours and hours every day (reading, writing, grading) and started stress eating, especially French fries. I ate lots and lots of French fries.

I told myself, this was all temporary, just for a little while. Soon enough, I’d get through the degree and get back to the gym.

Somewhere along the way, I sat on a panel giving advice to incoming grad students. I had a whole list of suggestions: 1. Don’t have kids. 2. Stay physically active. 3. When you figure out how to stay physically active, let me know what the trick is. I haven’t the foggiest . . .

At the end of my fourth year in the program, I finished my qualifying exams, one of the most stressful experiences of my life. Afterward I went into minor depression, I believe. Though I already had a clear idea of what I wanted to write for my dissertation, it still took me that entire next year to write a prospectus. In the past, I had once written over two hundred pages for one course in a single semester. But in that fifth year I produced less than a page a week.

What happened? Part of the picture is that, for the first time in my life, I had put on a few pounds. (Did you see this coming? Did I mention the French fries?) The weight itself isn’t my point—not my weight and certainly not anyone else’s. My point is that in my case gaining weight was part of generally not taking care of my body. Not exercising led to being tired; being tired led to not exercising. This cycle exacerbated the stress and depression. And all of that cut into my productivity.

In The New Science of Learning, Terry Doyle and Todd Zakrajsek cite Harvard psychiatrist John Ratey to make the following point: “Getting adequate exercise, especially aerobic exercise, is ‘the single most important thing a person can do to improve their learning.’” Also on the list: get more sleep.

How could this be? How could an hour of walking be more useful for learning than an hour of reading or writing? It’s simple.

At the end of that hard fifth year, I realized my faulty tradeoff—brain over body—wasn’t working. So I changed what I ate. I started walking every day. I started running a little. I bought good jogging shoes. I started running a lot. I worked my way up to a 10k. I lost a good bit of weight. I put a lot of time into this renewed effort to attend to my body. What I knew now, though, was that it was not time taken from my studies.

It was part of studying.

And it paid off. Feeling much better, in my sixth year, I proceeded to write and defend my entire dissertation, nearly 300 pages. That’s about six times as productive as the year before.

I don’t want to pretend any of this is simple. If I could start over at twenty-three, I don’t know whether I’d manage to do things differently or whether I already did the best I could while I could. That’s all anyone can do. I have no prescriptions or judgments for myself or for anyone else. My point is simply that there’s no such thing as ignoring the body to attend to the brain because in the long run—and PhD programs are always a long run—body and brain aren’t separate things.

Author Bio: Paul T. Corrigan finished his PhD in English at the University of South Florida after six years in the program. He now teaches writing and literature at Southeastern University (USA).