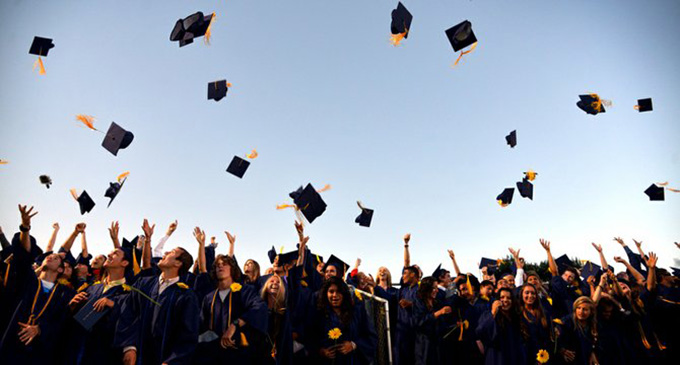 Staring at my overdrawn bank account, I laid my head on my kitchen counter and sobbed in actual despair.

That time seems far away now. Six months later, I had a contract for a full-time position at the school I fiercely loved.

I am now 37 years old, a professor at a public, liberal arts university in New Jersey, raising my family and working toward tenure.

For the five years preceding my hire on the tenure track, I fought tooth and nail to get a full-time teaching job in higher education, working my way through the ranks: freeway flier (teaching on four different campuses at three different colleges doing 24 credits a semester? to “13D” (local parlance for visiting assistant professor) to the tenure track. I’ve just completed my third year on the tenure track.

In three short years I’ve gone from a nameless adjunct (“the feisty one with the pixie haircut”) to the Great White Hope (“You’re my hero,” an adjunct in our program told me recently, “you have a tenure-track job and you’re not even FORTY”) to closed-door meetings with the deans and back-channel conversations with the union executive.

It‘s a brave new world. Or at least it seems as much, from the outside.

But life is not that simple, and American higher education is, in its current state, a bit of a nightmare for many.

As such, the faculty and staff at the nine public colleges and universities in New Jersey are going on two full years without a contract, and negotiations are at a stalemate. A previous statute that allowed for the terms of expired contracts for the New Jersey chapters of both the American Federation of Teachers and the Communications Workers of America to remain in place while a new contract was negotiated was challenged in a lawsuit, with one currently at the level of the New Jersey Supreme Court.

In its stead, we have been contract-less since 2015, which means that in that time we have received no “steps” (small increases in pay from year to year), and the state has raised our health insurance rates dramatically with each passing year. As a third-year tenure-track faculty member, I now bring home several hundred dollars less per paycheck than I did when I began, with a contract, as a 13D. The same holds true for my colleagues. Combine this with a governor who is publicly hostile to public education in his state, and you’ve got a fine mess on your hands.

The past semester has seen numerous days of action by the unions: teach-ins, sit-ins, occupying board of trustees meetings. Our own Stockton Federation of Teachers staged a mock second line New Orleans funeral, with the faculty band playing a Dixieland dirge, and students and faculty carrying a coffin festooned with flowers bearing the name “New Jersey Higher Education”, out of which, at an opportune moment, a student popped, yelling “I’m not dead yet!”

And when it came time for graduation, which was held for the first time ever in Atlantic City’s historic Boardwalk Hall, in recognition of Stockton’s long-running history and hopeful future with the seaside resort, many of us, myself included, felt that we simply could not attend in good faith.

We said as much, in letters to the president and provost, and in brief, loving statements on social media where we addressed our students.

My own note made it clear that missing this graduation was especially hard for me – this spring, the fall 2013 cohort graduated, the group I taught in my last year as an adjunct.

The ones who rallied around me in radical love and honesty when I thought I’d never get through teaching 18 courses – yes, 18 courses – in one year.

Mariah with her queer theory and her Disney princess T-shirts. Greg with his red hair and his quidditch league, working and reworking an essay until it was right. Kal with her understated, freakishly quick wit, challenging me to be better, be smarter. I called them by name there, and I call them by name here.

Once again, I put my head on the kitchen counter and cried, feeling stupid and sad and angry and grateful to know them all; grateful to teach at Stockton; grateful to have a steady paycheck, and ready to keep up the fight.

When the pictures of graduation went up, they were hard to see.

It hurt me not to be there. I love Stockton. I grew up going to plays and art exhibitions there; it exposed me to Shakespeare and Fannie Lou Hamer and Lucien Freud before I was 16 years old. Multiple family members are alumni. I deeply hope that my two children will attend, some day.

But my university – Stockton – is a public institution founded in the 1960s by idealists intent on bringing first-rate liberal arts education to an affordable, public setting; for so many years, it delivered on that promise. The current threats to its budget, its faculty and staff are an existential threat to the both the place, and the idea that animates the place.

That idea – that education is a public right, not the domain of some tiny, rich elite – is the reason that I hung in there all those years as an adjunct.