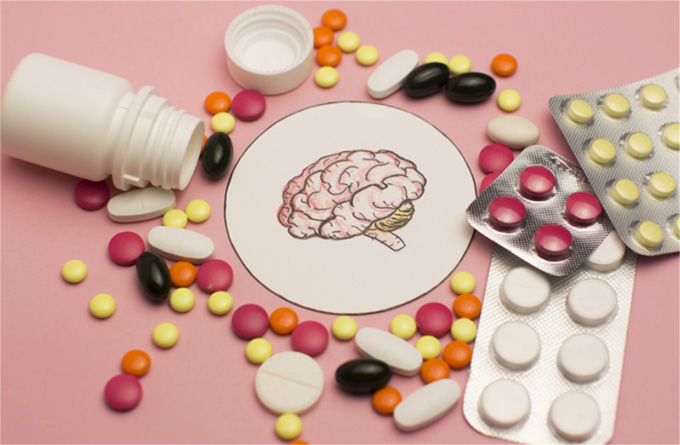 We’ve been taught from a young age that hard work is the key to getting ahead in life, but some people never stop seeking shortcuts or hacks that may give them an advantageous edge over the competition.

Biohacking is a recent and growing movement that advocates the use of various invasive and non-invasive techniques to “hack” the human body in order to enhance specific physical or mental aspects of health. One of the forms of biohacking is pharmacological cognitive enhancement, which involves the use of different drugs and supplements in order to boost cognitive functions and improve overall mental wellness.

From Silicon Valley geeks, to professionals, to students; the trend is catching on, and there is already a thriving online market for brain-boosting products. Also commonly referred to as cognitive enhancers or smart drugs, these can range from unproven dietary supplements to potentially risky prescription drugs.

In this article, we are going to take a deeper look at one category of cognitive enhancers, namely those often marketed as “all-natural” and “clinically proven” brain pills. What are they made of? Are they efficacious? Should you be taking them? Let’s dig for some answers!

What’s in those pills?

Over-the-counter brain enhancement supplements come in countless different formulations of several ingredients that include herbs and natural compounds that are believed to have a positive effect on brain health and function.

For example, caffeine, which is naturally found in coffee beans, tea leaves, cocoa beans, and other plants, is one of the most commonly used ingredients in “smart pill” formulations. Caffeine is a powerful stimulant compound that can improve alertness, concentration and energy.

Bacopa monnieri is an herb that has several uses in traditional Indian medicine (Ayurveda), and one of its main uses is to improve cognitive abilities like memory and thinking. There is some promising clinical evidence suggesting that supplementation with bacopa monnieri could improve cognitive performance and slow down cognitive decline in old people.

Another popular memory-boosting herb is ginkgo biloba. Studies show that it may be beneficial for old people suffering from cognitive impairment and dementia, however, other studies concluded that ginkgo supplementation has no significant effects on cognitive functions in healthy people.

Some other widely used pro-cognition herbs include ashwagandha, rhodiola rosea, lion’s mane mushroom, and ginseng. Besides medicinal herbs, brain pills usually also contain a few essential nutrients that are needed for proper functioning of the brain and the nervous system, such as choline, B vitamins, and magnesium.

Do they actually work?

Well, the answer is yes and no! Some herbs have shown clinically significant positive effects on cognitive performance, however, most human studies on such herbal remedies involve older people who suffer from age-related cognitive decline. No herbal medicine has yet been proven to boost cognitive abilities in healthy people.

As for vitamins and other nutrients that play a role in brain function, supplementation may be beneficial, but only for individuals who have a dietary deficiency of those nutrients. Healthy individuals who consume a balanced, nutrient-rich diet may not notice any remarkable effects.

Morris of morris-health.com has been studying and writing about nutritional supplements for several years, and he remarks: “Branded formulations of brain enhancement supplements are often marketed on the Internet under far-fetched, flowery claims. Most of those pills don’t do much more than a cup of coffee or a regular multivitamin you can buy at any health store, yet they are usually sold at 5 to 10 times the price.”

Consumers should be extremely wary of any “miraculous” or “breakthrough” brain pill that promises to be a magic bullet to smartness, creativity, etc. Even those that appear to be endorsed by influential celebrities or public figures could be a mere crafty scam!

Do you need a brain pill?

Who wouldn’t want to try a pill that can make them smarter?! Unfortunately, such pills do not yet exist outside of science fiction movies!

Some herbal and nutritional supplements may have benefits for brain health and function, but they are not likely to be more beneficial than a well-balanced diet that is rich in a variety of healthy vegetables, fruits, whole grains, seeds, nuts, and other brain-healthy foods.

Finally, if you are experiencing problems with cognitive abilities or mental well-being, it is advised to consult with a healthcare professional rather than wasting your time and money searching the Internet for a miracle cure in a capsule!