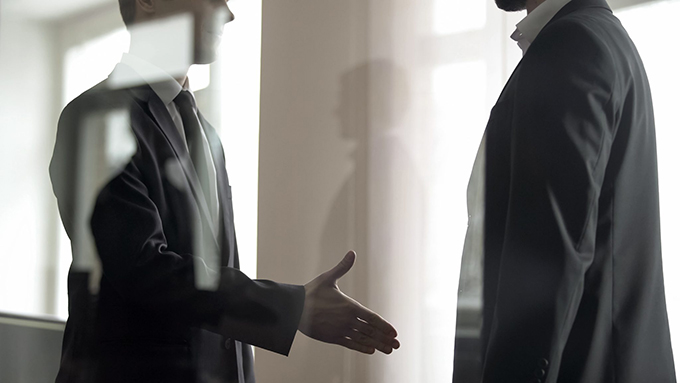 After years of secrecy, lobbying and other corporate political activities are becoming increasingly visible. The ongoing scandal in the UK about former prime minister David Cameron’s lobbying activities on behalf of the financial services company Greensill Capital has added to concerns about how the government assigned Covid-related contracts. There are similar concerns in Germany, where politicians in the ruling party have been accused of receiving large kickbacks from mask manufacturers.

But will any change be sparked by the calls for greater transparency about the role of firms in shaping (and often undermining) regulations designed to benefit society?

One very relevant question is what role business schools can play. While the 2008 financial crash has prompted a greater focus on ethics in many business schools, lobbying remains something of a blind spot. Perhaps because it continues to have a negative and fuzzy ring to it, most universities have neither researched nor taught advocacy.

This is rapidly changing, however.

First, lobbying today is a global multibillion-dollar industry in its own right. After undergoing professionalisation, it employs a considerable number of individuals, including many young graduates. And while corporate lobbying typically has been dominated by telecom, energy and defence firms, the spending by tech companies has been quickly rising, with Facebook, Amazon and Apple all recently breaking their company records for such outlay. “Non-market strategy” is fast becoming a core competency for entrepreneurs, policymakers and investors alike, and it is, accordingly, finding its way into the MBA curriculum, as well as those of law and public policy schools.

Moreover, as companies enhance their lobbying efforts, a new category of reputational and financial risk is emerging. Corporate lobbying positions are frequently misaligned with companies’ stated commitments to purpose, values or stakeholders. A company that appears to “walk the talk” on climate change by committing to reduce its greenhouse emissions may actually be lobbying against greater regulation of such emissions. A pharma company may publicly support patients’ access to affordable medicines, yet simultaneously fund a trade association battling lower price initiatives. Even a progressive company may publicly support LGBTQ+ issues while at the same time funding a political candidate opposing gay rights.

The truth is that entrepreneurs tend to focus on building their businesses without paying much attention to whether what they say corresponds to what they actual lobby for. Hence the need to teach them not only how to lobby but how to do so responsibly. At a time when power structures are in serious flux, teaching lobbying is about infusing a new, non-market, strategic mindset capable of understanding and mastering these dynamics and, ultimately, aligning lobbying activities with corporate goals.

In US business schools, the political economy of interest representation is often covered during classes on business and government, non-market strategy or political management classes. In Europe and Asia, however, advocacy, lobbying and public affairs are more often offered as autonomous, specialised courses, typically electives.

This is the case at my own institution, HEC Paris, where, since 2009, I have been teaching a course in public affairs at least twice a year to oversubscribed classes of MBA as well as undergraduate students. Over the years, I have also taught the subject at other world-class universities such as Tokyo, New York and Georgetown.

Because business students generally have little experience of government, they often enjoy several “aha” moments. A typical simulation entails mapping out the lobbying environment of a given issue, such as the regulation of recreational drones or AI-powered devices. Other case studies require participants to devise from scratch a wannabe sustainable business’ advocacy strategy, with an emphasis on making its lobbying efforts more transparent, ethical and accountable to the public. Based on the 10-step guide developed in my book, Lobbying for Change: Find Your Voice to Create a Better Society, students are required to pick their lobbying battle, do their homework by gathering supportive evidence, map the lobbying environment and build their coalitions.

The bottom line is that business schools need to teach their students how the rules of the game are changing even as most of their employers continue to play according to the old ones. It is an approach that it not only more socially responsible, it is also more sustainable from a corporate perspective. And it is a lesson that all corporate lobbyists will need to learn in the post-pandemic era: even former prime ministers.