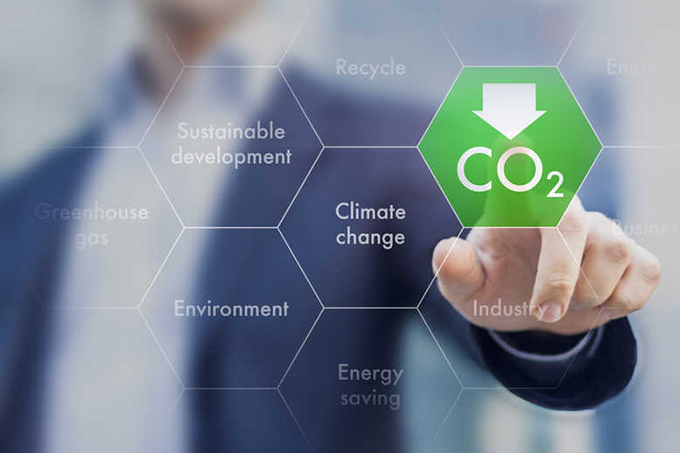 With effective international responses to climate change floundering, people are increasingly considering what they can do personally to mitigate greenhouse gas emissions. This concern has crept into research communities too, with a number of thoughtful articles and projects highlighting the hypocrisy of the jet-setting lifestyles of many academics.

Paul Williams, professor of atmospheric science at the University of Reading, has highlighted one possible means of keeping tabs on emissions from academic research. He published the carbon footprint of his research in the acknowledgments section of a recent paper. In tweeting his move, he noted that “measuring is the first step to reducing”.

His tweet gained overwhelming support, resulting in discussion of the development of an app to allow other scholars to follow suit. However, without wishing to undermine the importance of localising and decarbonising research networks, those working in higher education, of all people, should be wary of reducing complex issues to a single number.

Williams’ idea, while innovative, is symptomatic of a shift in the culture of environmentalism over recent decades towards locating carbon as the absolute centre of all discussions of sustainability. But this does no justice to the complex and multifaceted nature of other sustainability challenges that we face, in both our research and daily lives, such as pollution, defaunation, extinction, deforestation and resource depletion.

There is also a more practical objection to Williams’ idea. Accurately calculating personal greenhouse gas emissions is fiendishly tricky, and each calculator has many differing, built-in assumptions. Also crucial is how the calculator chosen would draw effective boundaries around the relevant project.

Even at the relatively confined level of the household, accurately measuring carbon is troublesome. It involves paying attention to a near-endless regress of questions, such as: Did I rinse my recycling with hot or cold water? Was that water heated with gas, electric or solar power? If electric, what is the fuel mix used by the energy supplier? Where does the recycling from my council go for processing and how is that done? Do I include car use for work, and, if so, does the calculator measure carbon by miles driven or fuel used?

Things get even more complicated when you try to factor in the “embedded carbon” in the products that we use. One blogger found a truly breathtaking disparity in estimates when testing various calculators for the same lifestyle: results ranged from 2.9 tonnes to 23 tonnes.

In the case of research, there is also the more fundamental question of what the ultimate impact of a particular piece of research might be, in terms of increasing environmental understanding or influencing future behaviour.

The assumption of a direct line between measurement and reduction also needs to contend with the well-known “value-action gap”: the idea that people can know and care about how environmentally destructive their actions are, yet fail to make environmentally beneficial changes to their lives. So publishing carbon footprints may lead to warm feelings of virtue without leading to much tangible change.

Would scholars refuse to cite good science that had a high carbon footprint? Would journals refuse to publish it? Would scientists resist pressure to fly around the world to give 15-minute presentations at mega-conferences? Would research in far-flung research locations lose prestige or funding? Probably not – at least until systematic changes are introduced to the scientific incentive structure.

While the academy will certainly need everything in its arsenal to help combat climate change, individualising the problem of carbon is simply no longer an adequate response. It would be more effective to focus efforts on convincing our universities to divest from fossil fuels, for example, or to ensure that the vast energy used on campuses comes from an ecological source (as my former institution, the University of St Andrews, has recently committed to).

We already have enough research metrics to contend with. Taking carbon footprints out of context will do nothing to stamp out environmental degradation.

Author Bio: Thomas S.J. Smith recently received his PhD at the School of Geography and Sustainable Development at the University of St Andrews.