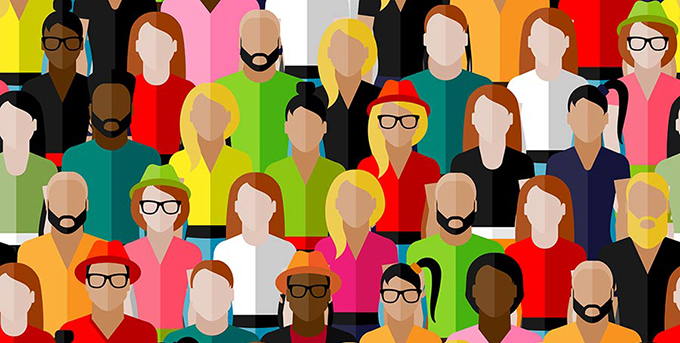 Identity politics has been an issue on campus for as long as I’ve been in higher ed. It used to be primarily in hiring, where we were “motivated” to hire people with certain genitals or skin color, on the basis that there “weren’t enough” of such in associated positions.

I confess for some time I at least sipped the Cool-Aid. At first, when I was on the hiring committee, I went along with ruling out certain types of genitals or skin color, or more accurately restricting the hiring options to certain genitals or skin color. I was young and stupid, far too concerned with academics to sit and think through the consequences of going along with administrative directives in this regard.

After around 20 years in higher ed, and starting to see that I had just reinforced the glass ceiling above my head…I began to ask questions. Admin considered them impertinent and I was punished for asking things like “how do we know that a female will definitely be the best choice for this job?” and “by what metric is a certain minority under-represented?” and “what evidence do we have that diversity in the deans will make a better school?” among other questions.

I doubt I was the only one expressing such concerns, but my worries were all brushed aside in the name of identity politics. Higher ed has been doing this for decades now, and so I’m not as surprised as most when seeing what is only the natural consequence of making higher education more about identity politics than education.

Cal Poly University in California is obsessed with race, and a recent report from them highlights their dementedness:

In 2011, the campus was 63 percent Caucasian; in fall of 2017, it was less than 55 percent. Applications from underrepresented minority students doubled between 2008 and 2018, while overall applications during that time increased by just half that much. Progress is being made — and the university is more diverse now than at any time in its 117-year history — but there is still much work to do.

It doesn’t matter that there’s no evidence that education and research will be improved by more “diversity,” they only want more. Despite their “progress” in that regard, they still only want more. There is no end here, at least no good end for non-Diverse people.

There are over 100 historically black colleges in the United States today. These schools obviously don’t match the demographics of the United States and…so? They also don’t have any “initiatives” to add white students to their campus. Again, I don’t care, they can do whatever they want.

It’s the hypocrisy I care about, and these black colleges are rightfully never asked to change. I see only hypocrisy in Cal Poly’s stated goals:

In it, administration details a multi-year effort with dozens of initiatives, including ones to further lower the percentage of white students on campus and increase the number of faculty of color.

Consider how blatantly racist the above “effort” is. The “increase the number of faculty of color” outrage has been going on with a wink and a nod for years, it’s only recently that this level of racism has been so acceptable that they can now put it in writing.

“Lower the percentage of white students” is a bit of a problem: California college student populations were soaring in prior decades, so many schools have been at capacity. Granted, that may not be true today (I can’t find recent stats), but the idea that some kid will be denied the chance to go to college because his skin is white sickens me, sickens me just as much as if he were denied because his skin is black.

Shouldn’t scholarship, or at least demonstrated potential, be part of admissions requirements?

For students, the school plans on recruiting applicants more heavily based on race. For instance, the school has recently implemented several new scholarships “aimed at recruiting more African-American and other underrepresented minorities.”

How, exactly, is the above not racist?

It’s also working to recruit low-income and first-generation students by partnering with high schools that enroll a high percentage of these students, according to the report.

By “first-generation students,” they’re referring to students from families who have never sent a child to college. I always find these programs sinister, since many schools do this for the same reason crocodiles prey on the young herd animals coming to a river for the very first time: they make easy victims.

But back to the identity politics aspect of this:

And the college announced its intention of forcibly increasing diversity in “traditionally male-dominated majors” such as STEM and Architecture and Environmental Design, according to the document.

Is anyone else creeped out by the idea of forcibly increasing diversity? How good could this idea be if you have to force people to do it? At least this is more sexist than racist…or is that not an improvement? Why isn’t anyone on campus standing up to this idea, an idea they know is so atrocious they’re just going to force it?

Oh goody, another huge fiefdom to piss away all that student loan money, extracted from kids who don’t know how they’re being screwed because they’re coming from first generation families, with no parents to warn them they’re getting a fake education.

Another highlight from another site:

And here comes the chokehold: whites won’t be on the hiring committees if at all possible. All hiring past this point will be identity based, and they’ll literally use the racist and sexist hiring policies which got them on campus as “best practices” to keep using racism and sexism in their hiring policies.

There are pages and pages of initiatives planned in this report, but one more highlight:

An education used to be about academic subjects, like mathematics, science, and history. More and more, these requirements are being removed, and instead students are being required to take diversity courses, i.e., indoctrination courses. Again, where is the evidence that removing academics and replacing it with indoctrination will help education and research?

A decade from now, when we have many thousands of graduates from this college with worthless degrees, deep debt, and no way to pay any of it off, it would be nice if the people who suckered those graduates into coming to this trap of a college were forced to pay off those loans, but I know that’s just crazy talk.

But considering how much crazy talk is in this report, I hardly feel out of place saying it.