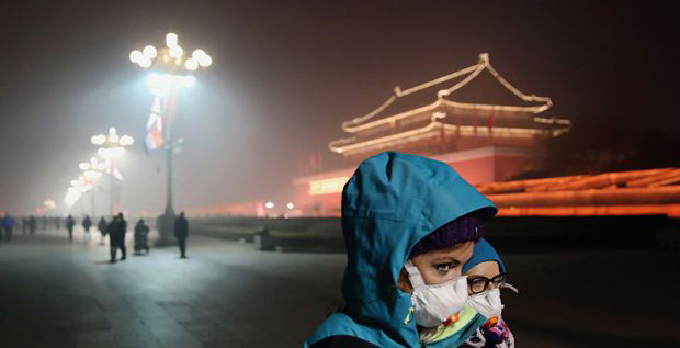 The extraordinary rise of Xi Jinping was, understandably, the main talking point of the 19th National Congress of the Communist Party of China (CPC) in October. Thanks to the president’s relentless consolidation of his personal power base within the party and the official encouragement of something approaching a cult of personality, comparisons with Mao were inevitably made by Western media outlets.

The symbolic culmination of Xi’s ever-tightening grip on power was the unprecedented incorporation of his personal political theory, known as his “Thought on Socialism with Chinese Characteristics for a New Era”, into the party’s constitution. Xi’s 14-point plan to turn China into a “great modern socialist country” that is “prosperous, strong, democratic, culturally advanced, harmonious and beautiful” has been accompanied by equally strong ambitions on the international stage. At the 2017 World Economic Forum annual meeting in Davos, he cast himself as the leading champion of free trade and the fight against climate change, sensing the vacancy created by Donald Trump’s America First foreign policy and a European Union increasingly looking inward as it grapples with Brexit. Trump’s extravagant courting of Xi during his recent Asian tour and his refusal even to broach the issue of human rights only underscored China’s rising global standing.

Amid all of this, it was easy to overlook some comments made during a press conference at the 19th Congress by Chen Baosheng, the minister and party secretary of the Department of Education. When asked to outline the blueprint for the future of Chinese education, Chen predicted that, by 2049, the centenary of the People’s Republic of China, the country will have become the centre and leader of the world’s educational development. He also foresaw that, by the same date, China will have become the most popular destination for international students. As reported by Chinese radio, these comments clearly reflect the global ambitions of Xi’s “China Dream” of national rejuvenation.

Although obviously part of the propaganda offensive to be expected during the congress, the minister’s comments find some justification in the remarkable pace of internationalisation in China’s educational sector during the past three decades. Chen was able to cite numerous indicators of this. For instance, China has established educational collaboration projects with more than 180 countries and regions and completed mutual validation of academic degrees and diplomas with 47. At the same time, it has founded 516 Confucius Institutes in more than 140 countries and provided Mandarin Chinese teaching in 1,000 secondary and primary schools overseas. As Chen observed, China has become home to the world’s third-largest community of international students and is the number-one destination for international students in Asia.

Of course, these trends must be set against the growing number of Chinese students who have left China to study abroad, who now constitute the biggest international student cohort by some distance in US and UK universities (where 330,000 and 91,000 Chinese students are based, respectively). According to figures from China Daily, there were 544,500 Chinese studying abroad (including primary, secondary and higher education) in 2016, more than three times the 179,800 recorded in 2008. And the billionaire Chinese education entrepreneur Yu Minhong, whose wealth primarily stems from training Chinese students in English, predicts that China will send even more of its young people to study abroad in the future, with between 400,000 and 500,000 attending colleges and universities alone. The perceived premium of a US or UK degree among the Chinese population does not look like diminishing in the immediate future.

There is, however, a further context for the minister’s ambition to dominate global higher education. This is the steady increase in political regulation of academic life during Xi’s presidency. The sacking of two academics prior to the 19th Congress received little attention. But the silencing of Tan Song, a committed researcher on the sensitive subject of land reform during the 1950s at Chongqing Normal University, and Shi Jiepeng, assistant professor in ancient Chinese language at Beijing Normal University, who was reportedly ousted for unpatriotic comments on the Chinese social media site Weibo, are just the most recent in a series of such measures designed to discourage any criticism of the regime from the academy. In a special commentary on this issue prior to the 19th Congress for Deutsche Welle, Germany’s international broadcaster, former academic Wu Qiang explained how scholars are being ordered to submit their social media accounts for monitoring and their passports for screening before overseas academic visits.

This assault on academic freedom under Xi may bring more echoes of the Mao era but it has not been sufficient to galvanise a strong response in the West. While the long-standing suppression of human rights and freedom of expression in China is deplored, it is not allowed to interfere with diplomatic or, crucially, trade relations.

In August, however, the issue of academic freedom was brought inescapably back to home ground when it emerged that Cambridge University Press (CUP) had bowed to Chinese pressure and censored more than 300 online-access articles in its prestigious journal The China Quarterly (see Pringle, page 38).

Although the publisher reversed the move within days, after widespread criticism and threats of boycott, the story has not ended there. In November, the Financial Times revealed that Springer Nature, one of the world’s largest academic publishers, had, at the behest of Beijing, blocked access on its Chinese website to more than 1,000 academic articles containing key terms such as “Tibet”, “Taiwan” or “Hong Kong”, which China deems politically sensitive. The publishing giant defended its action, denying charges of censorship and claiming that it was merely complying with China’s “regulatory requirements” (see box, below left).

Other signs of publishers bowing to pressure from Beijing that have since emerged bring the issue of censorship even more firmly into the Western academic sphere. Allen & Unwin, it emerged in mid-November, has suspended publication of a book intended for the Western market, Silent invasion: How China is turning Australia into a puppet state, by Clive Hamilton, a professor at Charles Sturt University in Canberra. The publisher claims that the decision was the result of “extensive legal advice” over the possibility of defamation action. Hamilton, however, argues that Australians should not be bullied into silence by an autocratic foreign power (see Hamilton, page 36).

Some academic publishers, admittedly, are taking a firmer stance against any Chinese interference, but the fear must be that, without a concerted response, a core principle of academic integrity might simply fall by the wayside. As Kevin Carrico, lecturer in Chinese studies at Macquarie University, put it in a recent essay , “these types of attacks on academic freedom for access to the China market could gradually become the new normal for all of us: shocking the first time, but gradually something to which we will all grow accustomed”.

China’s strategy, moreover, may be extending beyond academic publishing. The censorship methods employed by the party are “much more pervasive and subtle than the widely recognised explicit demands”, observes Christopher Balding, associate professor of business and economics at the Peking University HSBC Business School in Shenzhen. In a recent piece on Chinese “soft power” for the China Policy Institute’s online journal, he argues that Chinese government-funded research centres at prestigious universities in the US and Europe will be unlikely “to accept research critical of government policy”, and he notes that Confucius Institutes have already used their “influence to censor discussion abroad of sensitive topics like Tiananmen Square, Tibet, Taiwan and human rights”.

The hesitancy across many of the key institutions of Western higher education – from publishers and universities to governments themselves – about confronting the new assertiveness of China perhaps signals a failure to comprehend the full extent of the challenge that it poses. The “New Era” of global expansion that President Xi and Minister Chen envision is one in which the subservience of freedom of expression to the demands of the state is a fundamental ideological tenet. If this ideology is no longer to be contained within the borders of China, the game is dramatically changing. As Jonathan Sullivan, director of the China Policy Institute at the University of Nottingham, recently tweeted: “I’m afraid we [in the West] are totally unprepared for the export of Chinese government ways and means”.

What, then, could prepare us? First, a wider and deeper understanding of both the Chinese government’s global ambitions and the strategies to achieve them is urgently needed. This must acknowledge that China now sees itself – and represents itself to its population – as a key global player with its own legitimate agenda for shaping global affairs. This agenda does not accept the terms and conditions of liberal democracy.

Second, Western institutions – and particularly academia – need to reflect on how the assertion of the academy’s core values can appear so half-hearted when put to the test. This is not just a question of economic interests and the pragmatic acquiescence that they beget. It is perhaps a problem with the trajectory of Western liberal democracy itself: that having held sway over the globalisation process for so long it has become complacent. Unaccustomed to serious challenge, its ideological armour has become rusty. But now the challenge is coming, and we need to confront the consequences of not rising to it.