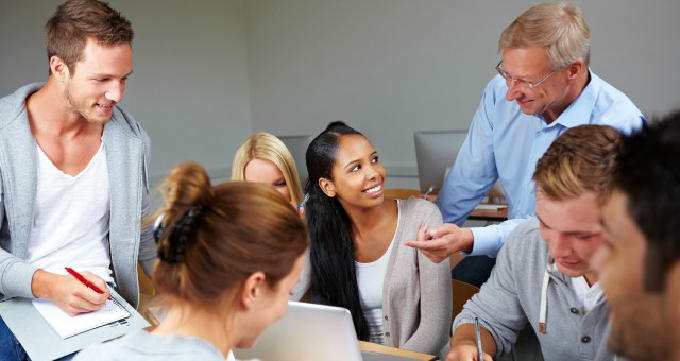 The Muslim children in my classroom withdrew from political debate when the Prevent counter-terrorism strategy cast me as an informant.

Prevent infers a duty on all teachers and doctors in England, Scotland and Wales to report signs of so-called “extremism” and “radicalisation” in their pupils and patients. Applying this duty is particularly difficult as “extremism” has not been legally defined by the Home Office.

When my Muslim students learned of my concerns, some of them approached me to express their anxiety that Prevent was a state surveillance strategy which was targeting them as a result of racial profiling – concerns supported by academic research. The children told me they hadn’t talked to other adults about this for fear that their vocal opposition to this controversial strategy would result in them being reported to the security services.

Some of the children told me that they no longer challenged the views of others that they perceived to be extreme. They feared that speaking out on sensitive issues would result in them being referred under Prevent, just by association. I have been offered examples of this happening in the classroom, on the street and in children’s homes.

Whether the children’s fears were justified or not, Prevent was altering their behaviour. I’ve heard similar examples repeated to me in focus groups I arranged of children from different schools in the London borough of Tower Hamlets.

Teachers, academics and politicians disagree over whether Prevent promotes or stifles debate in classrooms. This disagreement will continue until all of those with an interest in education recognise that there are different types of classroom debates.

The education expert Robin Alexander argues that authentic dialogue in classrooms is rare. Instead of having genuine conversations that may result in children and their teachers changing their preconceived views, children tend to be expected to offer their teachers anticipated answers. But authentic dialogue is crucial if schools are to promote a more harmonious society – for it is through genuine debate that we all moderate our views.

Before Prevent was imposed on schools, some of the children at the secondary school where I taught approached me to discuss how they had begun to feel alienated from society. Concerns such as the impact of British foreign policy on civilians in Afghanistan, Iraq and Syria were a frequent topic of conversation. When my students raised these concerns, I was often able to tell them that I shared them – and this helped us think of possible responses.

The children raised suggestions of travelling to war zones, but quickly dismissed them in favour of peaceful, democratic solutions. Through talking, they learned to write to MPs, raise funds for refugee charities and contribute to human rights campaigns. Threats of nationalist violence were also dismissed as we explored our values through dialogue – dialogue that my students have since told me they no longer engage in.

When all that’s left is violence

Many theorists have argued that peace in a democracy relies on people having their say. Belgian political theorist, Chantal Mouffe, wrote in her book On The Political that violence “tends to flourish in circumstances in which there are no legitimate political channels for the expression of grievances”. She describes the shutting down of discourse in a democracy as “letting death in”.

The late French philosopher, Jacques Derrida, in his conversations on 9/11 and other work, described what he called the “autoimmunity of liberalism”. This results from the liberal contradiction of simultaneously trying to suppress dissent while also promoting freedom. Derrida wrote that this contradiction at the core of liberalism results from an aspiration to consensual politics but can result in a violent backlash.

In my ongoing research, I am analysing over a million words of government policy on counter-extremism. It’s revealed that the definitions of “extremism” and “radicalisation” progressively changed to become synonymous with violence between 2005 and 2015. The meaning of words affects how we perceive the world and aligning extreme and radical views with violence not only creates a perceived need for counter-extremism strategy but also acts as a catalyst for the violence that the strategy purports to address.

A strategy such as Prevent that targets radical and extreme views becomes necessary if we accept this change in the meaning of what it is to be “radical” or “extreme”. However, the experiences of my pupils show that the expression of extreme and radical views can actually help to reduce violence.

This moderation of extreme views extends beyond the classroom. People protesting against fracking as well as other student protesters have been referred to the Prevent programme. Silencing dissenting voices undermines the mechanisms by which democracy helps us to avoid violence. Labelling those who oppose the status quo as violent adds a catalyst to this already dangerous situation.

The Home Office is currently in the final stages of recruitment for a counter-extremism commissioner. While the lack of a legal definition for “extremism” makes it difficult to anticipate what this role will involve, surely the successful candidate will want to reduce political violence. Removing the Prevent duty that compels teachers to inform on their students would be a good start.

Author Bio: Rob Faure Walker is a PhD Candidate and Tutor in MA Education at UCL