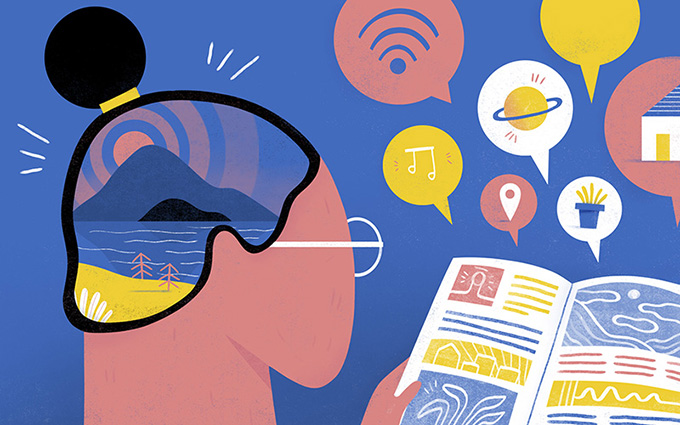 The call for more critical thinking often hides a very pessimistic view of our mental capacities. We would be irreparably the prey of our “biases”, these influences which escape all control and make us act in an irrational way. And so we would be generally ready to believe everything. Thus, the critical spirit would be an ideal often very difficult to reach.

However, very often, when information is presented to us, we spontaneously ask ourselves questions. Who is this message from? Is it a reliable source, who wants us good, and has no interest in lying to us? Is the person really competent on the subject on which they decide? Does she have knowledge that we ourselves do not have? Does his argument seem plausible?

As soon as we are recommended a restaurant or a film, we attend a debate or we hear a judgment on a person, a whole grid of criteria is agitated in our head, feeding doubts and positions. And this type of instant intellectual reaction manifests very early. From the age of three, children activate strategies to assess what they are told or asked.

Take these examples – real experiences that we will summarize schematically. A child of kindergarten age is watching two videos. In the first, an adult names a number of objects. All but one are familiar to the child. Adult (A) calls it “snegg”. In the second video, another adult (B) is ready to exercise.

However, when he arrives at the object that the child does not know, he presents it under the name “hoog”. We then ask the child what this object is called, and we repeat the same experience with several children.

The adult (A) is well known to children, since it is their mistress. But adult (B) teaches in another school. And it is the response of the first person that the young participants from 3 to 5 years immediately choose.

Conclusion: children do not accept all information in the same way and they do not choose their informant at random. In this specific case, they use an implicit criterion: that of familiarity, which can be interpreted as an indication that the adult has no interest in deceiving the child.

Familiarity is not everything, however. In another experiment conducted with children aged 3 to 4 years, in all similar points, one of the two adults makes several mistakes in naming the objects. For example, he calls a cup a “ball”. Children must now choose who to ask for the name of an unknown object. The results of the experiment show that their preferences go to the adult who is not mistaken with known objects: they therefore choose in this case the best informed adult.

A third experiment makes it possible to compare the effects of familiarity with those of the accuracy and precision of the answers. In this case, the known informant is also the least precise. And we see that the criteria used change with age. For 3 year olds, familiarity trumps skill; the mistakes of people they know don’t shake them. On the contrary, for 5-year-olds, the accuracy of the answers becomes decisive.

Other clues used by the child to gauge the reliability of the informant were thus highlighted: the child pays attention to the approval that his interlocutor receives from other adults and to his skills.

After such a good start, how to explain the common misconceptions about the protocols of science, the resistance to explanations yet widely accepted by the research community (such as human responsibility in climate change )? How to explain that we adhere to questionable explanations, and let them circulate freely? How can we explain our lack – at least apparent – of critical thinking?

An important point to note in the examples described above: the criteria that we, adults and children, use to assess the quality of information provided by others can be more or less sophisticated and demanding in cognitive terms.

In fact, if we wanted to be very selective, we would have to put in place more expensive criteria, which assess confidence by adapting to the circumstances; for example, recognizing that the same person may be competent or ignorant depending on the area in question.

But we are not always able or willing to do it. We therefore rely on general indices – such as familiarity, group membership, prestige – which, moreover, guarantee us other advantages (that of settling fully in a social group, of following a recognized source). However, these indices can be misleading or inappropriate for the circumstances, too simplistic for fine distinctions.

In any case, the natural mechanisms of our critical mind are not infallible . Worse, these clues can lead us to make mistakes or be used against us. Thus, the prestige of a source can be actively and voluntarily manipulated on the Internet by adding fictional “likes” to it, thereby creating an impression of reliability.

The natural critical mind therefore needs to be equipped: equipped with appropriate criteria, knowledge. For example to know if a Wikipedia page deserves our trust, we need to know the operating mode of the most consulted encyclopedia in the world: who writes there, in what ways is a page accepted and modified, what does this mean? it when we are told that references are missing, etc.

This knowledge will allow us to grant our trust in a more reasoned and therefore reasonable manner thanks to the development of appropriate tools for the assessment of the reliability and benevolence of information sources. If these sources have a good reputation , we would be able to judge where it comes from, and whether it is deserved on the basis of real expertise.

However, the issue of critical thinking – a reasonable and reasoned form of trust, therefore – is not just about accumulating and updating knowledge. It’s also about understanding what makes one piece of information more reliable than another, and what lies behind the word “expert”.

Take scientific knowledge, for example: the Earth was formed about 4.5 billion years ago. How do we know if it deserves our support?

For this, you should know that this knowledge is the result of multiple dating methods, standardized, recognized by the scientific community as being the best available. The geologists and astronomers who provide us with an estimate of the age of the Earth are granted expert status by the community of their peers (and this is manifested by their publications , their academic status and other clues Of this genre).

Their knowledge is consistent with other bodies of knowledge produced by other communities of experts, such as that of biologists struggling with dating the appearance of life on Earth.

Given the method, its understanding, the recognition by the scientific community linked to compliance with certain rules of the trade, the plausibility of the assertion on the basis of other knowledge emanating from research, we feel confident in asserting that the Earth is about 4.5 billion years old.

We are not trying to verify this knowledge by our means (which ones for that matter?) But just to deepen it to better understand it. Are we therefore gullible? On the contrary, we have just shown an advanced critical spirit since we understand what makes science a reliable source.

Let’s sum up. To be able to respond to the information challenges to which we are led to respond, the natural critical mind must be equipped with ad hoc knowledge and criteria, allowing easy identification of the most reliable sources, making possible the recognition of the most plausible, in the light of the methods of science.

The scientific approach can help develop critical thinking. This is what the La main à la Pâte Foundation does , which, in conjunction with schools, makes children aware of research very early on.

The challenge is to teach them to distinguish opinion and knowledge, to judge knowledge on the basis of the methods that led to its production, and to use these skills in their daily lives, to better gauge information. A project which, as part of educational continuity, continues on the web with a selection of activities for educational continuity.