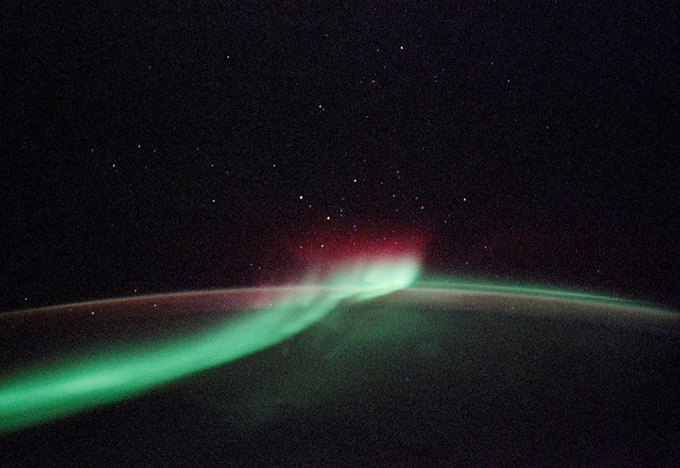 A collaboration between aurora-hunting citizen scientists and a team of professional researchers has resulted in the discovery of a completely new type of aurora. The finding was made possible thanks to photos taken by aurora enthusiasts from across the globe which scientists could then compare with data from satellites.

The aurora, more commonly known as the northern or southern lights, form when electrically charged particles collide with the gases in our upper atmosphere. These charged particles, which have been accelerated into our atmosphere by the Earth’s magnetic field, transfer their energy to the atmospheric gases (such as nitrogen and oxygen). This extra energy is then released in the form of light which gives us the majestic aurora.

The aurora varies in strength depending on how active the sun is. Normally, an aurora is only visible near the magnetic poles but, when particularly active, it can be seen from much further away.

We generally see the aurora as a band about the poles (known as the auroral oval). This band is often green, with tinges of red or purple thrown into the mix. But sightings of this new phenomenon were different – straight away people noticed it didn’t look like the “normal” aurora.

When pictures first starting appearing on social media, the odd aurora was widely assumed to be what is known as a “proton arc”, but scientists knew that this wasn’t right. Proton arcs are caused by protons (positively charged particles which make up the atomic nucleus along with neutrons) colliding with neutral gases in the atmosphere. Proton aurora are not visible by eye and are broad and diffuse. This new type of aurora, however, was visible by eye and was a bright, structured band of purple in the night sky. They knew it had to be something else – but what? 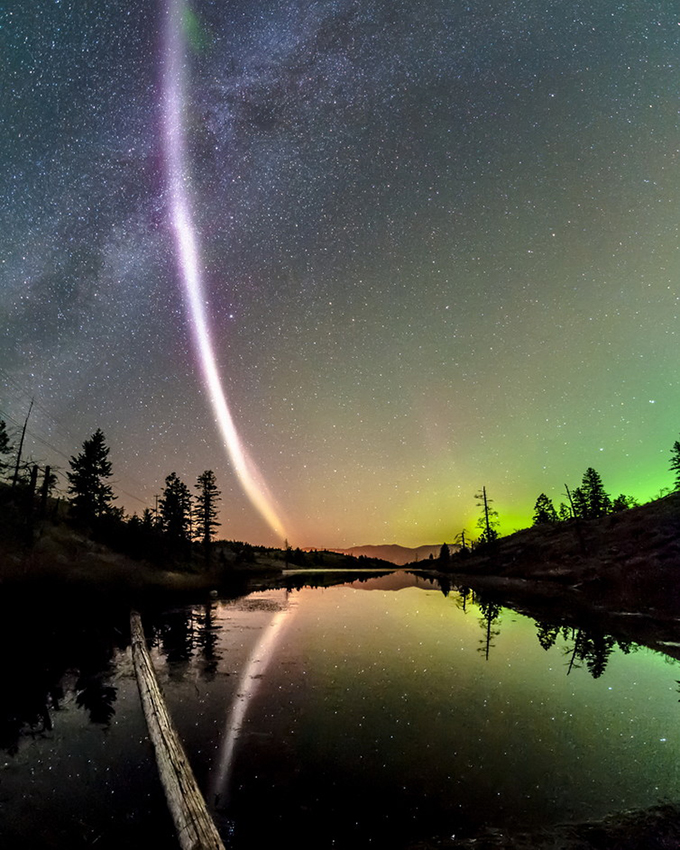 The Aurorasaurus citizen science project issued a call to arms to collect sightings of this as-yet-unnamed aurora. Over 50 sightings from countries including Canada, US, UK and New Zealand were reported during 2016 and 2017. Because this type of aurora didn’t yet have a name, the citizen scientists called it “Steve” (after the animated children’s film, Over the Hedge).

The biggest breakthrough in identifying “Steve” came when Eric Donovan, an associate professor of physics and astronomy at the University of Calgary in Canada, found an instance where a photo was taken of “Steve” at the same time as one of the European Space Agency’s Swarm satellites passed above it. Donovan found that as the satellite flew straight though Steve, data from the electric field instrument showed very clear changes.

Speaking at a recent scientific conference, Donovan said that “the temperature 300km above Earth’s surface jumped by 3000°C and the data revealed a 25km-wide ribbon of gas flowing westwards at about 6km per second compared to a speed of about ten metres per second either side of the ribbon.”

While we have now been able to measure “Steve”, we still aren’t sure what causes it. It seems that “Steve” is fairly common but it took the power of citizen science for it to really be noticed. Donovan says that research is still ongoing but that he thinks he is close to finding the cause.

Discoveries of new types of aurora are rare and this one highlights the importance of citizen scientists. If it weren’t for the dedication of amateur aurora hunters, we may never have started studying this new phenomenon. So if you think you’ve spotted “Steve”, make sure you submit your sighting to Aurorasaurus to help us learn more about this beautiful purple streak.