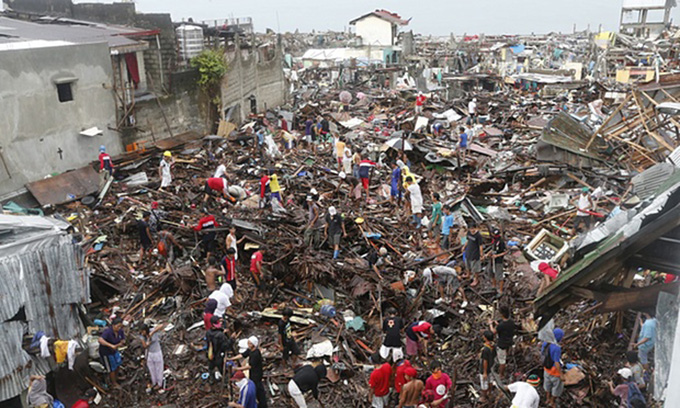 It will probably come as little surprise that recent surveys have found the majority of adults in Europe think that international terrorism is the most pressing threat to the continent.

Though this is valuable information about what adults think, little is known about what children and young people perceive as the greatest threats to life and democracy in Europe.>/p>

The stereotypes of young people, particularly teenagers, are that they are disengaged from society, and not focused on national, let alone international, issues. But that couldn’t be further from the truth.

For the last four years, our research group WISERDEducation has been surveying students at primary and secondary schools across Wales about aspects of their lives, education and perceptions of the wider world. In 2016 we asked almost 700 secondary school students (aged 13 to 18-years-old) what they considered to be “the most important problem facing Europe today”, to see whether their perceptions differed from adults’, and also whether views varied by age.

The students were given nine different problems to choose from: climate change, economic instability, international terrorism, poverty, war, availability of energy, population growth, spread of nuclear weapons and infectious diseases. The chart below shows the proportion of students who selected the five most popular options. The remaining options, grouped as “other”, were chosen by very few participants, under 20% across all year groups. The chart below also excludes those who answered “don’t know”.

International terrorism dominated as the greatest problem for Europe among our participants. But looking at different school year groups, a more nuanced picture emerged.

For the older students, terrorism was displaced by economic instability as the most significant problem facing Europe – which may reflect the fact that employment and the economy were becoming more relevant to them as they came to the end of their school careers. However, while economic instability topped the list for this cohort, no single problem dominated for the Year 13 group. Students’ concerns were clustered around a number of key issues, including terrorism, climate change and poverty.

One reason that such a high proportion of students may have selected international terrorism as the most pressing issue facing Europe may have been the timing of our research. Students were surveyed in spring 2016, soon after attacks in Paris. In the month following the attacks, the children’s helpline, Childline, reported a surge in calls from young people anxious about the possibility of a similar attack in Britain. Previous research has also found that people tend to prioritise threats that are physically and temporally close to them.

Terrorist attacks may also be seen as more threatening in general because they have clear perpetrators. By contrast no one group or individual can be blamed for climate change, making it seem less tangible as a threat. This is, of course, hugely problematic considering the large body of evidence that shows that climate change is already happening, and that other threats such as international terrorism may be linked to the disruption caused by global warming.

In the context of research on the threats to Europe – in which international terrorism routinely tops the list of concerns – the surprising finding from our survey is that such a high proportion of Year 13 students considered climate change to be a pressing issue, more so than found in some studies of adults’ views.

A recent YouGov survey found that Britons are among the least concerned in the world about climate change, with only 12.8% selecting it as their most pressing issue. Considering that 18% of people aged 17 to 18-years-old in our 2016 survey believed it to be the most important issue facing Europe, and that the older the students were, the more likely they were to prioritise climate change, it seems that attitudes may be changing among the next generation of young adults.