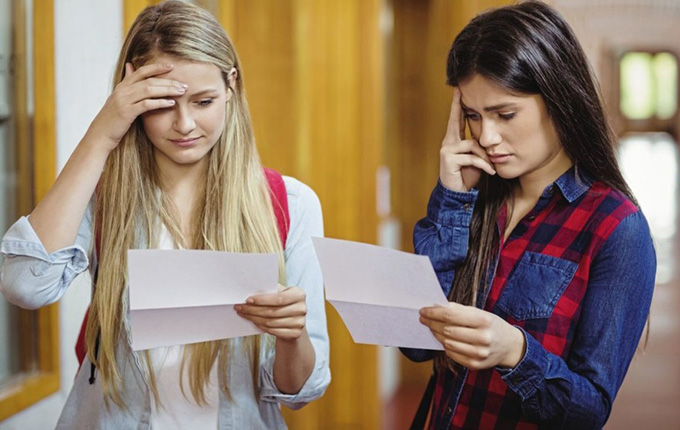 “Professor, my final grade in your class is a C. Is there anything I can do to get a B-minus?”

In my job as a college professor, I typically got one or two such requests from male students at the end of each semester. However, only one female student ever asked me for such a favor in six years.

Grades signal how productive an employee is likely to be. And many employers require transcripts for entry-level jobs. If male students get grade increases more frequently than female students, it could put equally qualifying women at a disadvantage when they compete for the same position because a higher GPA has been shown to improve a job candidate’s chance of getting an interview.

Using data from a large four-year public university with over 1.3 million grade records between 2010 and 2016, my co-author, economist Basit Zafar and I discovered that men are 18.6% more likely than women to have their grades changed to a better grade. This gender gap remains even when you take the characteristics of students or different instructors and classes into account.

Searching for the source

Although changes to final grades are rare (fewer than 0.5% of all grade records in the dataset we analyzed), in the student survey we conducted for this study, 40% of students told us that they had ever asked their instructors for a better grade.

To figure out which scenario most likely explains the gender gap in grade changes, my co-author and I surveyed instructors and students. The surveys support the first scenario and show that men indeed asked for grade changes more often than women. In other words, gender differences in the way students behave, rather than discrimination by their professors, seems to explain this disparity. And even if instructors treat all of these requests equally, men are still more likely than women to get their grades bumped up simply because they ask more.

We did not find evidence to support the other two scenarios – that instructors are more likely to change grades for male students, or that female students ask for grade changes during the semester. We found that both male and female students hold similar beliefs about their chances of getting their grade changed to a better grade if they ask. And once they ask, men and women are likely to get their requests granted at the same rate.

Furthermore, men are more likely than women to ask not only at the end of the semester but also during the semester.

To corroborate the results from the surveys, we conducted a laboratory experiment to test the gender differences in asking for grade changes.

More than 500 participants completed a quiz, and the payoff (from zero dollars to $16) was tied to the grade they received – the higher their score, the higher their payment. We picked three out of 20 questions to randomly grade the three questions.

In other words, even if they got the right answer, through random grading, their correct answers may or may not be scored accurately. Therefore, the initial grade could be the participant’s true grade, but it could also be higher or lower than their true grade.

Participants were fully informed of the uncertainty in the grades, and they were given ten different cost scenarios. The cost scenarios ranged from paying $3.50 to getting paid $1, and the participants had to decide whether they were willing to pay the cost to get their quizzes regraded. If they paid the cost, the true grade was revealed and their payment was adjusted. If they chose not to pay the cost, the initial grade became final and they were paid accordingly.

Asking is harder for women

Why are women less willing to pay the cost for regrades? Through questioning the survey participants about how confident or uncertain they were in their answers, we found that women tend to be less confident about their answers and more uncertain about their performance in the quiz.

In the survey, female students also reported a relatively high stress level when they ask for a regrade.

In our study, we found that men and women do differ in their tendency to ask, even when they are still in school. Therefore, we believe that making an explicit and transparent grading – and regrading – policy for students to follow would lower the cost of asking given that women told us they are more stressed and have a lower willingness to pay to ask.

Because women are less confident and more uncertain about their performance, we also believe that sending a strong signal about student performance in the class would reduce the uncertainty and hence narrow the gender gap in grade changes.

Being aware of the gender difference in asking for grade changes – and establishing a clear policy for grade change requests – could help reduce female disadvantage. This, we believe, could potentially help level the playing field when it comes time to apply for a job.