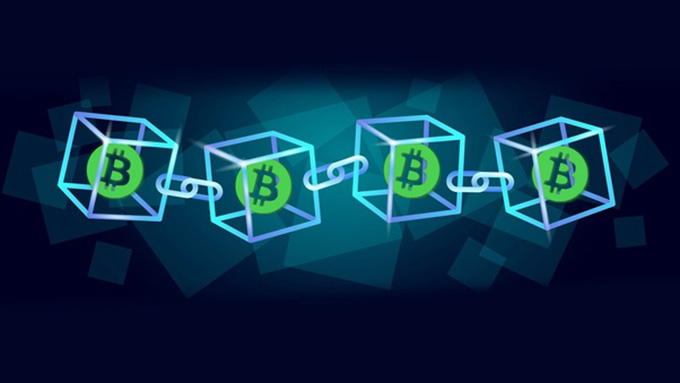 Cryptocurrencies are gradually introduced to everyone in the world, and many universities think it is high time that they started educating the young minds about this innovation. Therefore, many colleges around the globe decided to introduce cryptocurrency courses and help students understand what they could expect from a new form of money. At the moment, some of the colleges which already offer courses related to cryptocurrencies are Cornell, MIT, and Stanford, with many others planning to take that step. As a matter of fact, many schools such as Dartmouth, Harvard and Yale even decided to invest in cryptocurrency funds, hoping for the best.

First of all, you need to take into account that the majority of cryptocurrencies are actually inseparable from blockchain technology. Whichever course you decide to choose, it would probably include the term blockchain in the title, next to the term cryptocurrency. But what exactly is blockchain?

It is a type of decentralized technology which was first utilized with the introduction of Bitcoin, the most expensive cryptocurrency as of now (approx. $7,800 in terms of BTC/USD). Bitcoin was made by an anonymous developer (or a team of developers) that uses pseudonym Satoshi Nakamoto, which means that the exact origin of Bitcoin is unknown. Yet, it managed to revolutionize the way we perceive money.

Imagine that you have a piece of paper where you record every time you send or receive money. Whenever you make a transaction, you write it down, but you use cryptography so that nobody could access it. However, the same piece of paper is owned by thousands of other people at the same time who also get the same info written down about your transaction. In other words, even if you destroy your paper, your information is still immutable, as it exists in thousands of other places. Therefore, your transaction is unique as well, and exists as a part of a decentralized community.

In fact, decentralization is one of the main reasons why blockchain and cryptocurrencies became popular in the first place. In the world we live, banks are often perceived as a central authority which can dictate the rules, and there is nothing we can do about it. On the blockchain, these rules are not centralized, as thousands of computers around the world are connected to a blockchain network creating a hive mind of sorts.

Therefore, blockchain was initially used to create immutable, permanent and verifiable transaction information for Bitcoin. But it eventually became much more than that, and companies such as Ethereum are actively exploring how to use this technology for decentralizing other areas of life.

Although you may have already heard about Bitcoin, you need to take into account that it is not the only cryptocurrency out there. Many other similar crypto coins that are usually referred to as alt-coins have found their place in the market, with some of them becoming very popular as well. Cryptocurrencies such as Bitcoin Cash, Ethereum, Litecoin, and others will be discussed at college courses as well, since their application and the technology they use may vary in comparison to Bitcoin.

What do you need to know before enrolling for crypto courses?

The previous explanation of blockchain and cryptocurrencies was just a tip of the iceberg. A technology which aims to “disrupt” the world we live in is not really that simple. In fact, it takes time to understand its core concepts and how they work, so these courses are a perfect opportunity for everyone who wants to take part in making the world more decentralized and fair.

So, what does one actually need to know in order to get the most out of such courses? If you think that this is mainly targeted at those who major in computer science, you are right… mostly.

You see, cryptocurrencies are still currencies, and they are one of the essential things in the economy. Therefore, knowledge about economics and finance is also welcome upon enrolling for these courses. You don’t need to be very knowledgeable in these areas, but it is definitely useful that you have a notion about some of the fundamental theories. Even if you don’t, you’ll do just fine, but you will have to put in more effort in understanding, say, differences between assets and liabilities.

We have to come back to computer science eventually, which is something that you must know in order to be able to follow the majority of courses offered on blockchain and cryptos. Once again, you don’t have to be a computer science expert in order to grasp the concepts introduced in blockchain courses, but a solid background in data science and coding is preferable. Unlike finance, which you can learn along the way, coding would present a real problem if you don’t have any experience with some programming languages.

Another skill that you should have when enrolling for these courses is related to business. No matter how technological blockchain and cryptos may seem, they already impact big and small businesses alike. In fact, business has been an integral part of the IT sector for quite a while and every good developer must have skills that would help him with selling their product or service.

Finally, blockchain technology is based on a philosophical approach of decentralization, which means that there should be no single entity running the network. In order to understand the application of blockchain on a larger scale, you must have a somewhat philosophical mindset. Decentralization is the embodiment of democracy and, as such, is often the main subject of discussion among people who want to change the world.

To sum it up

Blockchain is anything but simple, but with a good college course, you will be able to understand how it works and how it could be applied in the future in order to make the world a better place. Apart from making money transactions more convenient, blockchain could affect every other aspect of our lives such as elections fairness, the healthcare industry, the gaming industry, and more.

Therefore, if you are a college student and you believe that cryptos and blockchain will revolutionize the world around us, make sure to check out the courses – you will not regret it.