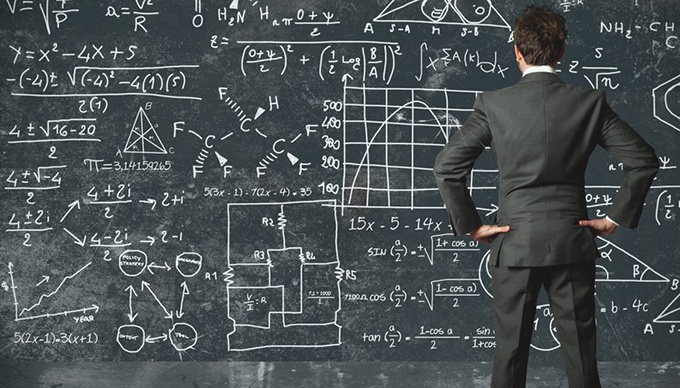 Math departments fail too many calculus students and do not adequately prepare those they pass.

That is the message heard from engineering colleges across the country. Calculus has often been viewed as a tool for screening who should be allowed into engineering programs. But it appears to be failing in that regard, too. That is, it is preventing students who should be proceeding from going on, and it is letting students through who do not have the mathematical preparation that they need.

Each fall, according to forthcoming data expected to be published herethis spring, more than 300,000 students enroll in first-semester calculus in colleges and universities throughout the U.S. Most of those students are aiming for a degree in engineering, physics, chemistry, computer science or the biological sciences. About a quarter of them will fail to earn the C or higher needed to continue. Many more are so discouraged by their experience that they abandon their career plans.

While some blame may rest with inadequate preparation, most colleges and universities try to place students so that only those who are prepared are allowed into calculus. In fact, most of these students have already passed calculus while in high school. Comparing data from student intended majors when they enter college to the number of bachelor’s degrees awarded each year, we lose 45 percent of the students who want to be engineers. For instance, 184,000 entered in 2011 with the intention of majoring in engineering, but only 98,000 graduated with this major in 2015. Similarly, we lose almost 35 percent of those heading into the biological sciences (167,000 entered in 2011, but only 110,000 graduated in 2015), and 30 percent of those pursuing physics or chemistry (43,000 entered in 2011, but just 30,000 graduated in 2015).

At the same time that a new National Science Board report indicates that China is overtaking the United States in research and development, we are bleeding large numbers of potential researchers. Calculus is one of the chief barriers to their progress. We don’t have measures of the fraction, but both the “Engage to Excel” report from the President’s Council of Advisors for Science and Technology and the work of Elaine Seymour and Nancy Hewitt criticize the nature of mathematics instruction as a primary reason for leaving STEM fields.

We now know that much of the problem rests with an outdated mode of instruction, a lecture format in which students are reduced to scribes. This may have worked in an earlier age when calculus was for a small elite group that excelled in mathematics. Today, professions that require calculus make up 5 percent of the workforce, a proportion that is growing at a rate that is 50 percent higher than overall job growth. We can no longer afford to ignore what we know about how to improve the student experience, both inside and outside the classroom.

There are a variety of approaches that are known to promote active engagement with mathematics, helping students to understand and be able to use their mathematical knowledge outside of their math class. They generally go under the name “active learning.” One such technique is to challenge students with a question that uses the knowledge they have, but in an unfamiliar way. One classic example is the following, which can be used to spur discussion. The question is not novel, but using questions like this to force students to use their knowledge within a classroom setting is one example of active learning.

Imagine that there is a rope around the equator of the Earth. Add a 20-meter segment of rope to it. The new rope is held in a circular shape centered about the Earth. Then the following can walk beneath the rope without touching it:

d) all of the above

(The answer is (d), according to this paper from the GoodQuestions Project at Cornell University.)

Another example is to require students to read the relevant section of their textbook or watch a video before class, answer questions about the material to ensure they have done the assignment, and then describe their own questions and uncertainties. These can be great launch points for classroom interaction.

Active learning does not mean ban all lectures. A lecture is still the most effective means for conveying a great deal of information in a short amount of time. But the most useful lectures come in short bursts when students are primed with a need and desire to know the information. A lecture is a poor substitute for giving students the time they need to discover the answers themselves.

The presidents of the professional societies in the mathematical sciences have endorsed these methods of teaching. Yet despite clear evidence that they greatly improve student learning, science and mathematics faculty have been slow to adopt them. Part of this is reluctance on the part of faculty to diverge from what worked for them. But a greater obstacle is that faculty need both departmental encouragement and a supportive network if they are to make the transition to more effective teaching.

Several organizations are working to build these networks. One of the most recent examples is a $3 million five-year project funded by the National Science Foundation. It is called SEMINAL, an acronym for Student Engagement in Mathematics Through an Institutional Network for Active Learning. Through this initiative, 12 public universities, led by San Diego State University, the University of Colorado-Boulder and the University of Nebraska-Lincoln, will work together to show how active learning can be implemented and supported in mathematics classes from precalculus through higher forms of calculus.

While active learning approaches help all students, they have been shown to be most effective for the students who are at the greatest risk of failing to earn a satisfactory grade or dropping out of the sequence of courses needed for their intended career. The demographics of those entering the workforce are changing, and we can no longer afford to ignore traditionally underrepresented groups of students. White students, which were 73 percent of all high school graduates in 1995, will account for less than 50 percent by 2025. Black students will comprise 14 percent and Hispanic students 27 percent of these graduates. If the United States is to maintain its preeminence in science and technology, it will require a skilled workforce whose racial and ethnic makeup reflects the diversity of this country. This workforce needs sophisticated mathematical skills, increasingly including a working knowledge of calculus.

Author Bio: David Bressoud is DeWitt Wallace Professor of Mathematics and Director of the Conference Board of the Mathematical Sciences at Macalester College