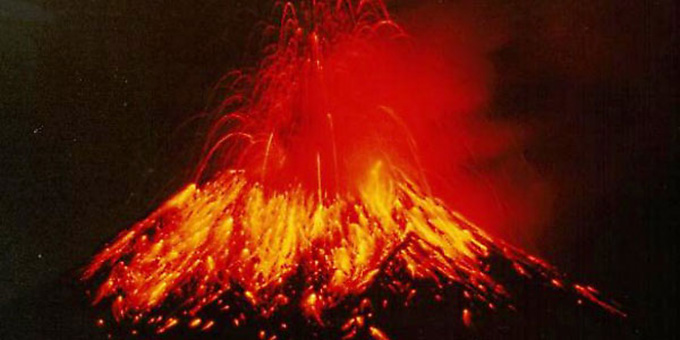 The Earth has been the blue planet for as many as 3.8 billion years. Ancient sedimentary rock deposits and lava that cooled into characteristic pillow shapes provide irrefutable evidence that liquid water has existed at the Earth’s surface for at least this long. But given how many barren rocks there are in the galaxy, Earth’s abundant oceans raise the question of where all that water came from.

Geoscientists continue to debate two competing theories. One suggests that Earth’s water might have been captured from asteroids and comets that collided with the planet. But recent research has strengthened the case for the other theory that water was always present in the rocks of the Earth’s mantle and was gradually released to the surface through volcanoes. Working out which mechanism was more important would not only give us a better understanding of the Earth’s history but also help us in the search for other planets that could support life.

In 1974, scientists discovered that the Earth’s mantle contained more precious metals such as platinum than you would expect. These elements are naturally attracted to iron and so the vast majority of them were pulled into the planet’s iron core early in its history.

This led to the idea that asteroids striking the Earth soon after its tumultuous infancy delivered an extra layer of material. This “late veneer” may have included not just precious metals but also “volatile” substances, such as carbon and water, which are known to exist on a type of asteroid called carbonaceous chondrite.

But recent research has made this captured water theory seem much less likely. In January 2017, a study showed that the type of ruthenium (one of those iron-loving metals) in the Earth’s mantle has a different atomic signature to that found in common asteroids from the outer solar system. That suggests the late veneer came from the inner solar system, where volatile substances are rare – and that these asteroids therefore weren’t the main source of water on Earth.

This adds to other research that suggests water was abundant on Earth before the late veneer is thought to have arrived. For example, there is various evidence that the oldest terrestrial minerals (zircon) crystallised from magma sources interacting with liquid water. These minerals are between 4.1bn and 4.3bn years old, but the final late veneer is most commonly thought to have been delivered around 3.9bn years ago. 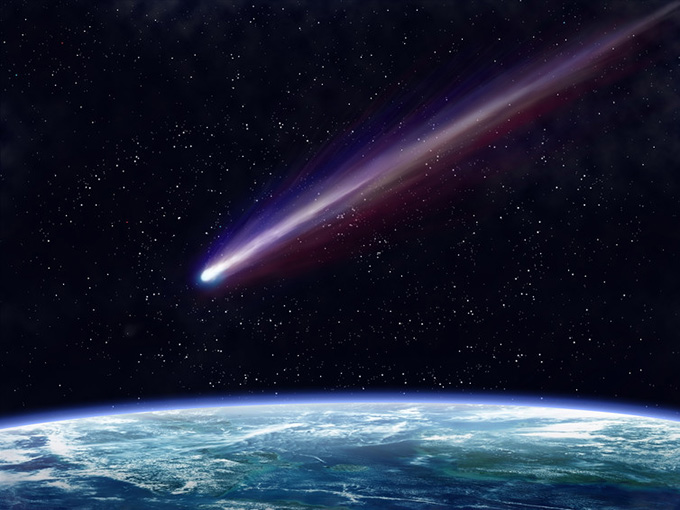 What’s more, just because an asteroid carries water doesn’t mean it can successfully deliver this cargo to Earth. In fact, scientists now believe that the Earth may have lost mass rather than gained it during early violent asteroid impacts, a process known as collisional or impact erosion. This is still an unproven theory but a recent study of the Sudbury impact crater in Canada revealed evidence that collision had vaporised most of the volatile metal lead. This implies that the more volatile species such as water would also have been lost to space in the impact.

A final clue that the planet’s oceans may have formed very early on is that there is more chlorine on Earth than you would expect. The early presence of liquid water on the planet would have given the chlorine something to dissolve into and so help prevent it from being lost to space. Finally, unlike planetary scientists, geochemists have long argued that the Earth’s oceans don’t come from captured icy comets because they contain different amounts of “heavy” hydrogen.

All this evidence suggests that the Earth’s surface water or “liquid hydrosphere” actually accumulated by degassing from within the planet. Water is stored in the Earth’s mantle in the form of hydroxyl groups (one hydrogen and one oxygen atom) trapped within minerals such as ringwoodite.

When the mantle rocks melt, the water dissolves into the magma. As the magma rises towards the surface and cools, pressure is reduced, crystals form and the water is released and emitted as vapour through volcanoes. With this mechanism, water from great depth can be degassed to the surface.

Pioneering experimental work showed that minerals at depths of 150km to 200km could contain water – but, more recently, experiments, modelling and seismic data suggested that water might also be found as deep as 400km to 660km below the surface. Recent data from scientists studying how diamond crystals form deep underground suggests that water might be stored even further down. This new evidence from actual deep mantle minerals certainly makes the idea that the Earth’s surface water came from depth seem more likely.

But it is important to understand that water can also be recycled back into the mantle. This means there is a balance between the water in the oceans and that stored up in the mantle. We can only speculate how much water might still be locked up at these great depths.

What we do know is that the average level of the sea surface relative to the continental land has remained relatively constant across nearly four billion years. This suggests a constant cycle of water emerging from and being absorbed back into the mantle has significantly helped life to continue throughout its history on this planet.