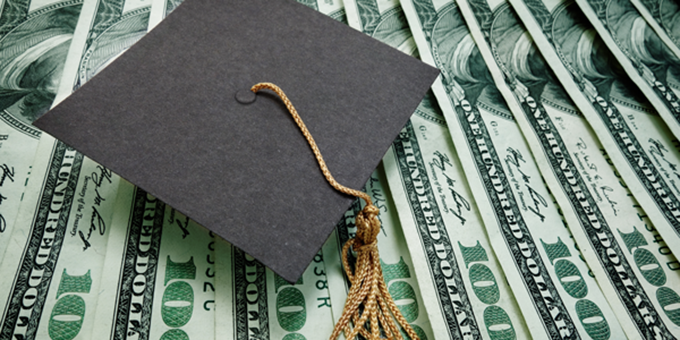 It’s a been a while since I’ve explained the “bread and butter” of community colleges. While their primary victim is the remedial student, the big source of money for many community colleges is the Pell Grant.

The Pell Grant is basically free money for college. You show up and say you need money. The college signs you up for basic courses, and then gets all the money from the Pell Grant scheme. Whatever money that isn’t spent on tuition and fees is then “refunded” (that’s their word) to the student. This leads to an unofficial holiday on campus: Check Day. For many students, once they get the checks, they’re gone.

There’s no record keeping from one campus to the next, so community colleges have bands of nomadic students wandering between them, getting their checks, disappearing, than showing up at the next campus down the road.

While this business plan is incredibly fraudulent, it’s the business plan of many community colleges—they don’t care about fraud, they care about growth. I’ve covered this community college business plan before, but it’s worth asking why we have a million students or more doing this, for what amounts to a few hundred bucks a month. Yes, we really have over a million fraudsters in the system, as I’ve personally seen campuses with 40% scammers, and official estimates put it at 25%, with at least 6 million community college students in this country overall. A recent study touches on the systemic fraud, above and beyond administrative encouragement of fraud:

Food and Housing Insecurities In The Community College

Now, the study only looks at California, so we have to take a few grains of salt to extrapolate what’s being seen in the study to community colleges elsewhere, but let’s look at the results all the same:

Alas, statistics in a vacuum like this are meaningless. If 50% of the general population experiences housing insecurity, this study shows that community college students are relatively wealthy. If it’s 5% of the general population, now we have, as the study claims, evidence that our community college students are in poverty. Sadly, the study doesn’t give any relative statistic, so we just have to take it on faith that the results here mean what the study says they mean.

I couldn’t find any study that would allow an apples-to-apples comparison…it’s a shame the study here didn’t make that a little easier to figure out.

Similarly, the study finds around 12% of community college students suffer from food insecurity…I’ve never really seen a college student in real danger of starvation, but we’ll go with the flow here.

And, of course, the study shows that students in these situations are far more likely to be trapped in hopeless remedial programs, programs that we’ve long known to be wildly ineffective.

This is such a damning indictment of our community college system, a system that targets the most vulnerable, sucks the last bit of money they have, and spits them out with nothing. I feel bad for the students.

That said, I hate what this study is trying to imply with the “students that have insecurity do worse in school.”

Part of the reason higher education is so ridiculously expensive right now is our campuses are bloated with an administrative caste to support every student whim, and, yes, every student need. Every campus now has multiple fiefdoms with names like “Institute of Student Appeasement” and I know what’s going to happen when administrators see this study. I’ve seen fiefdom after fiefdom founded, and every time, the Poo Bah justifies it because “Having this fiefdom will improve student success on campus!”

For one concrete example, it’s why we have fiefdoms now to give students safe spaces. Some study, somewhere, showed that students who are afraid don’t do as well in class (shocking, right?). Need another concrete example? It’s also why we have Diversity fiefdoms on campus. Some study, somewhere, showed that students who feel like they belong on campus are happier, and happier students do better in class (shocking, right?).

This is all rubbish, of course, because our graduation rates have been dropping steadily, despite the proliferation of these obviously useless fiefdoms. We have schools with 0.6% graduation rates now…how can we possibly claim these fiefdoms are doing any good?

So, now we have a study saying we need to have a housing fiefdom, and a student feeding fiefdom.

I don’t want to come across as a jerk, or unfeeling, but studies like this don’t sway me. I know higher education’s purpose is education and research. But this study tries to lead the reader into thinking higher education’s purpose should be to feed and house students. Yes, we can have scholarships, and scholarships based on need are fine, but the schemes like the Pell Grant aren’t about scholarship, they’re about sucking in huge numbers of students so the school can get soak up huge sums of money.

I’m fine with government programs to house and feed our homeless, starving, citizens. On the other hand, I’m rabidly against making it higher education’s mission to feed and house our students. Studies like this merely open up more avenues of plunder for administration.