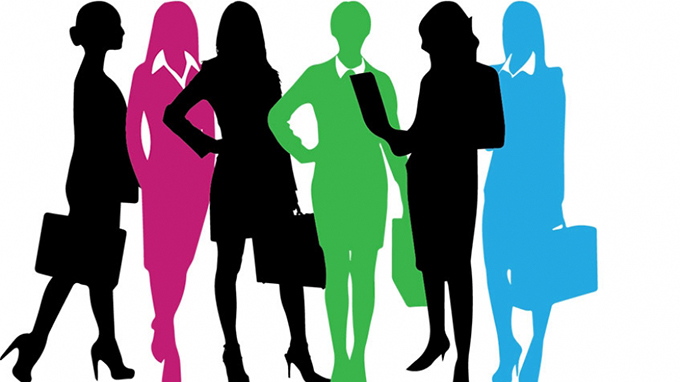 The Canadian government responded to the COVID-19 crisis in record time. It launched programs that would normally take months or even years in a matter of days. At the same time, it’s important to recognize systemic barriers to women and diverse groups are being exacerbated in the crisis.

To support them, we need to bring a gender and diversity lens to our responses, or else decades of hard-won gains will be lost.

Statistics Canada confirms small and medium enterprises (SMEs) with under 20 employees have been the hardest hit during the pandemic, and because women are more likely to own newer and smaller businesses, they are most affected.

While women are majority owners of 15.6 per cent of SMEs with one or more employees, they account for 38 per cent of self-employed Canadians. While important eligibility changes were recently made to include more businesses, many existing support programs targeting SMEs unintentionally exclude women. Successful women’s ventures, particularly in the services sector, often rely on contractors instead of employees or may not meet the criteria of eligible non-deferrable expenses, excluding some from programs focused on companies with employees.

Not only are women shouldering the brunt of unemployment, they are also bearing the burden of unpaid caregiving, including child care, home schooling, household duties and elder care. The top challenge identified by women entrepreneurs is child care. Women report feeling like failures at both roles of worker and parent, adding to mental health challenges and family stress.

Racialized, Indigenous, newcomer and disabled women face additional barriers and are also disadvantaged in accessing supports and loans. For example, with limited resources and assets, Indigenous entrepreneurs are facing unique barriers — the Indian Act prohibits reserve land from being used as collateral for bank loans.

There is also evidence that we need to further unpack many of the categories to better understanding intersectionality. For example the experience of racialized people is not uniform — anti-Black racism has a profound impact on Black women entrepreneurs.

Under-represented groups often lack space, infrastructure and the choice of working from home or the skills needed to support home schooling. In rural communities, access to the internet is a particular challenge.

Increasing access to venture capital is of course important, but women-led businesses virtually receive none of the investment. The new government loan packages are not as helpful because women are often “discouraged borrowers” — they are less likely to seek credit. Often when they do receive it, they get smaller amounts and less favourable terms.

Unlike those who are majority owners of SMEs, many self-employed women have to put personal assets at risk. Indigenous women on reserves often do not have conventionally understood “income” to report and no property to use as collateral.

The pervasive issues around financial literacy and expert advice also present challenges. Innovative approaches, such as micro-grants and crowd-funding, have helped level the playing field for women entrepreneurs, but these models are rarely a priority.

Focus on STEM only

The science, technology, engineering and math (STEM) bias in innovation and entrepreneurship has been well documented. Because women entrepreneurs are less represented in the technology sector, they are less likely to benefit from investments in STEM companies and research.

It is clear that digital transformation is critical to survival during this time and women entrepreneurs need additional support to implement technology solutions that underpin new business models. They are also more likely to combine social with economic goals, but social enterprises are usually ignored in the chatter about research, commercialization and innovation.

For women entrepreneurs to thrive in different environments, they need supports that are distinctive than those for men, such as access to incubators, mentors and training or business support. Such distinctive needs are not only caused by structural inequality, but also resulted from the socialization of women and girls, the gendered nature of entrepreneurship and a lack of role models.

While diverse women are leading the COVID-19 health-care response across Canada and around the world, women’s voices have been largely muffled in the discussion about economic recovery. We have seen a shocking revival of “manels” and mansplaining by pundits who, ignoring the perspectives of half the Canadian population, are oblivious to the particular challenges women entrepreneurs face.

I work with Canada’s Women Entrepreneurship Knowledge Hub, which has been leading efforts to understand the impacts of COVID-19 and channel feedback from more than 200 business support organizations. The hub offers recommendations to support women entrepreneurs:

• Applying a gender and diversity lens and collecting disaggregated data on COVID-19 impacts, as well as on the effectiveness of programs to support entrepreneurs.

• Ensuring definitions of entrepreneurship are inclusive for self-employed women and owners of SMEs across sectors, including services, arts and social enterprises.

• Paying adequate attention to supports, such as affordable, accessible child care. As economist Armine Yalnizyan said: “No recovery without a she-covery, no she-covery without child care.” Experts argue child care should be considered an essential service. Similarly, supports for home schooling of children, particularly for immigrant women, is critical.

As Canada responds to the pandemic, there is a risk that we will lose the traction we’ve gained on gender and diversity. Women-led businesses represent a growing proportion of new startups in Canada, but their businesses are younger and more fragile than those led by men.

More than ever, it’s critical to maintain intentional focus on women and other under-represented groups, and to nurture their fledgling micro-businesses from which larger businesses may grow.