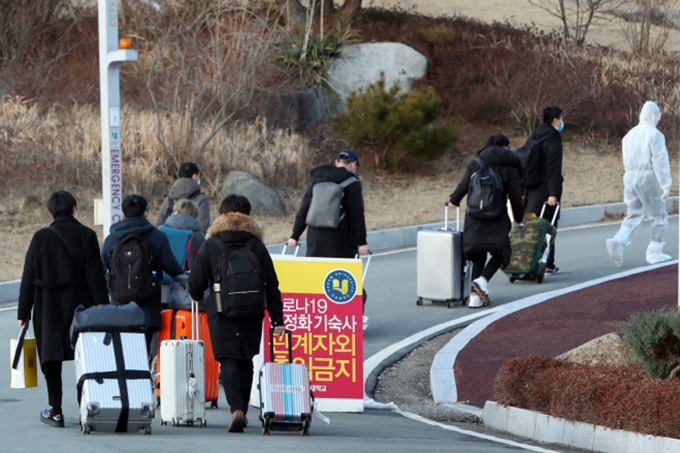 Since the start of South Korea’s coronavirus outbreak in January, president Moon Jae-in has been under growing pressure to enact a full travel ban on Chinese visitors. So far, only those from Hubei province have been barred, allowing thousands to enter from other provinces. The outbreak, which has resulted in more than 8,000 confirmed cases in the country so far, has put a unique group under scrutiny: the 68,000 Chinese international students who study in Korea each year.

Like many countries across the globe, Korea has come to embrace international student recruitment largely because of changing demographics. Over the past decade, the number of domestic high school graduates has fallen by a steep 30 per cent, resulting in an 18 per cent drop in university enrolments. Following in the footsteps of many Western counterparts, most Korean universities have invested heavily in student recruitment to help compensate. Last year, there were more than 140,000 foreign students in Korea, a 28-fold increase from 2005.

The Covid-19 outbreak has come at a delicate moment. The first week of March is usually the start of the new school year in Korea, with most international students arriving from abroad the week before. Because the Moon administration had already ordered a delay of all university classes by two weeks in early February, that entry process has just finished this past weekend, eliciting palpable public anxiety.

Contributing to this anxiety is anti-Chinese sentiment, which, unfortunately, has been on the rise in recent years. These feelings have been motivated by many factors, including incompatibilities in culture and public disturbances caused by Chinese tourists. Recent changes in the geopolitical relationship have also contributed, with the 2017 travel ban over thermal high-altitude area defence missiles making many Koreans feel that China is out to bully them.

Although higher education has historically been a haven for multiculturalism, Korean undergraduates have started expressing anti-Chinese sentiments, a sharp reversal from a few years ago. Research conducted in 2012 by Jae-Eun Jon, an assistant professor at Hankuk University of Foreign Studies, showed that Chinese students were, at the time, more likely than European or Middle Eastern students to be welcomed by their Korean peers, in part because Koreans felt they were less foreign.

More recent research has found that these opinions have changed, with Koreans now viewing Chinese more negatively than other groups. Many even admitted to feeling aversions to socialising with them, limiting the traditional value of higher education as a forum for cultural exchange.

Despite the public’s many reservations, the Moon administration has held firm in its unpopular decision not to institute a ban on all visitors from China. The main reasons are economic. Korea has a heavily export-dependent economy, with products to China accounting for more than $120 billion (£101 billion) in 2019.

Many sectors also depend on Chinese imports. Agriculture is a notable example, with 76 per cent of all grains consumed in Korea being imported, a plurality from China. With the Korean economy having underperformed in 2019 and prospects for 2020 having been bleak even before the outbreak, it is not difficult to see why the Moon administration has been reluctant to shut the door. Even with it open, however, the outbreak is expected to result in at least a $2 billion loss in tourism.

Universities are not immune to these potential losses. Although education authorities in Korea are notoriously tight-lipped about fiscal information, my research team estimates that international students contribute about $1.3 billion to Korean universities through fees for tuition and more. We also estimate that international students contribute an additional $1.8 billion to local economies through lodging and consumption (food, transport and such).

Given these numbers, it is easy to see why virtually every Korean university has remained conspicuously silent on the issue of a full Chinese ban.

With tens of thousands of international students having just arrived in Korea, tensions across the country remain high. By government order, quarantines are in place, and every university with foreign students must be monitored for a minimum of two weeks.

Most of these procedures, unfortunately, are managed by university staff, who may not always be the most qualified to handle such potentially delicate assignments. Understandably, this contributes to apprehension, both on and off campus. So far, we have received only one report of an infected Chinese student. One hopes the dearth of bad news continues.