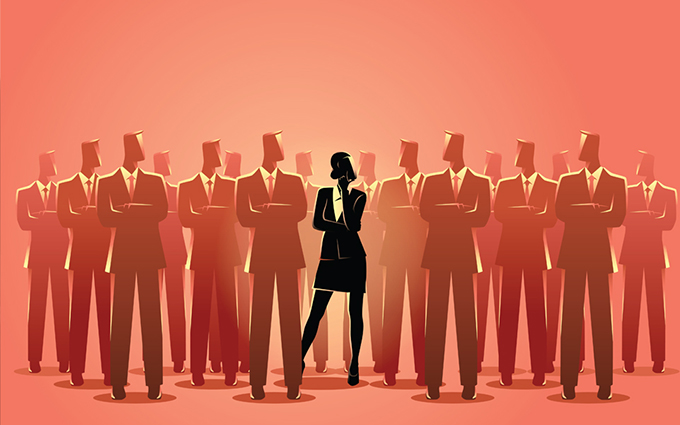 The ability to publish scientific articles in the best journals in one’s discipline is the engine of academic careers. It is crucial for promotion and recognition by peers. In this race, women are less present. We thus see their proportion decrease as we go up in the hierarchy.

Of course, progress towards professional equality has been timidly visible in recent years, including in disciplines such as quantitative finance where women have traditionally been less represented. But the recent pandemic Covid-19 crisis reminds us that old patterns are never far away, and tend to come back at a gallop when vigilance wanes.

Several studies now highlight to what extent women have seen the crisis affect their research activity, much more than that of their male colleagues. Far from being a simple parenthesis in their journey, this crisis could well have lasting negative consequences for the career progression of researchers.

Some journals have found an increase in the number of articles submitted by men during the lockdown period compared to the same period in 2019, with a decrease in submissions by women, and this is observed in several disciplines: medicine, biology , economics , political science, social science.

This decrease is also reflected in preprints and scientific reports – recordings by researchers have decreased with the crisis, even preprints in the medical field .

How to explain this situation ? We must first consider the weight of a family organization still devolved to women. The confinement period resulted for all women in the necessary taking charge of domestic tasks , with a return to a traditional sharing of social roles between the sexes.

To this was added the care of children both for care activities but also the obligation to ensure school monitoring. The boundary between professional duties and family tasks faded.

The status and function of the spouses also play a determining role. According to a study by Stanford University , 20% of researchers have a stay-at-home spouse, compared to only 5% of researchers. Researchers therefore have more leeway to devote themselves fully to their research activity.

In addition, the researcher’s career often takes priority over that of a research spouse. If the spouse is not a researcher, his or her activity may take precedence in the emergency, forcing the researcher to put her research activity aside.

The weight of the family organization is doubled by additional expectations in the professional world. Emotional work describes the efforts made by managers to ensure the well-being of their employees at all times – work primarily required of women managers.

The demand for emotional work among researchers has translated into efforts to support their colleagues and students beyond what is achieved by their fellow researchers.

The harmful effects of family organization and emotional work are further exacerbated by the assignment of teacher-researchers to tasks that are not taken into account for promotions . While women researchers tend to devote themselves to organizing events, sitting on committees and, more generally, contributing to institutional capital, researchers would focus more on the core activities of the profession.

Researchers, especially juniors, integrate these higher expectations into all of their assignments. During the Covid-19 crisis, they were in great demand to participate in crisis management, to the detriment of their other activities.

Researchers use qualitative research methods more frequently than their male colleagues . These methods require meeting people, being present in the field to collect data. These protocols were stopped during the crisis, postponed at best, but sometimes simply canceled.

The inability to collect data means the inability to publish articles. This is just as much behind those who use secondary data and quantitative methods, and who happen to be mainly researchers.

Likewise, we have seen an increase in articles on Covid-19 and its effects. But these articles are much more the work of male authors , as if women scientists had not entered this new field. This is all the more damaging given that we are now seeing significant research budgets released by States and institutions to finance Covid-19 research. However, the researchers have little or no position on this theme.

The consequences for the careers of these highly qualified researchers are far from anecdotal. Research in management and economics is an activity with a very long life cycle. Between the conception of an idea and publication in a peer-reviewed journal, it can take several years. It is therefore a question of remaining vigilant on both the long-term effects and the short-term effects.

In the long term, the career prospects of women researchers are likely to be strongly impacted. A reduction, or even no submission of articles during containment, will translate into reductions in scientific production in two or three years. It is very likely that at that time, the bodies evaluating researchers for promotions will not take into account the drop in productivity during confinement, as it will seem far in the past. The gap between men and women in promotions to the grade of professor could thus widen.

Short-term impacts should also not be overlooked with a risk of burnout in women. A British study shows that women’s mental health deteriorated more during confinement than that of men.

In addition, the difficulty of carrying out research during confinement can result in a deskilling of the researchers – the technical nature of this activity requires a permanent update of knowledge and skills, and one can quickly lose footing without regular practice.

Finally, we can note the effects linked to the absence of women in the Covid-19 debate. Large budgets are dedicated to research on Covid-19. Women researchers, not being positioned as massively as men in the crisis, risk missing out on funding that could increase their productivity – especially since we can anticipate funding cuts in other research themes. .

Author Bio: Stephanie Chasserio is Associate Professor, co-holder of the Women and Business Chair and Helen Bollaert is Professor, Director of Research both at SKEMA Business School