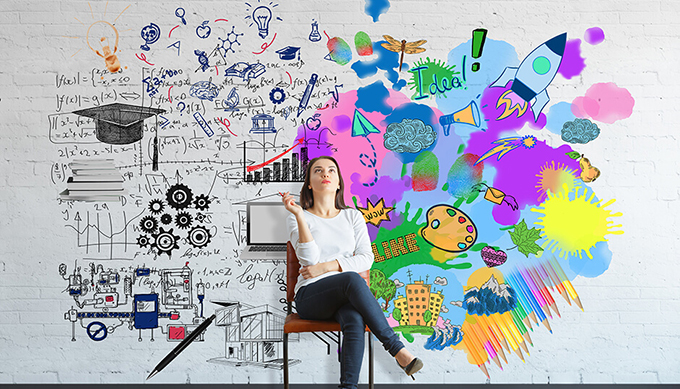 In a famous lecture given in 1959, the novelist and chemist CP Snow spoke of the separation between the hard sciences and the humanities, and the lack of respect and dialogue that often exists between these two fields. He pointed out how this could harm a country’s future as many innovations result from the interaction between these two cultures.

Snow attributed much of the blame to what he called “our fanatical belief in the specialization of training courses” and this obsession with “creating small elites around sharp skills”. Unfortunately, few things seem to have changed.

The 2016 World Economic Forum’s report on the future of employment has highlighted the fact that most education systems continue to offer highly compartmentalised educational pathways, with a dichotomy between the humanities and the sciences. However, the industry needs profiles capable of assuming cross-functional functions, with technical, social and analytical skills. The report then listed the skills that would be most valued in the job market in 2020, placing the ability to solve complex problems, critical thinking and creativity.

One way to address these challenges in schools, colleges and universities is to put creativity at the center of the curriculum. We see it as the abilityto bring forth new and valuable ideas or things. But I would add that it includes both critical thinking (or convergent thinking) and “divergent” thinking – which involves exploring a range of possibilities and solutions.
 Open perspectives
While creativity is traditionally associated with the arts and humanities, it is equally important for solving complex problems in science, technology, engineering, and math. The basics of creativity are listening, observation, empathy, as well as the ability to experiment, work in a group, or analyze things – which is humanities and science.

Creativity is also stimulated by the sense of having a purpose, of wanting to progress in one area and the freedom to work flexibly. It requires and thus naturally creates a bridge between humanities and hard sciences.

It is not so common for a student to cultivate expertise in both fields at once, or even wish to do it – but that’s not what matters most. The key issue is that students recognize the value of all disciplines and the role they can play in generating new ideas or valuables – that value benefits learning and progression. to communities and organizations or to society as a whole.

Students are now strongly encouraged to choose science and engineering. I’m not against it, but I think it’s important to also recognize that technology companies need people who can understand people, societies and culture. Careers in anthropology, management sciences, history, psychology or marketing (to name a few) are just as crucial.

So how can we better integrate creativity into training curricula? Several approaches can be considered. The first is based on a study of the products themselves. Supported by Professor Yong Zhao , this allows students to assimilate a subject by behaving as designers rather than passive consumers.

It is about assigning students projects identified as relevant and important to them. Such an approach generally combines theory and practice while encouraging some of the basic creative skills that we have listed above. It may also involve collaboration with industry or communities, or the association of topics in different subject areas.

Another way to encourage creativity is to get students to develop a whole set of hypotheses to solve problems, rather than encourage them to look for a single good solution. Fear of failure is one of the biggest barriers to creativity. But gambling is one of the best ways to overcome it – whether playing with materials, technologies, ideas or concepts, which can be done by making and testing prototypes.

Creativity can also be stimulated by connecting students with other cultures, groups or organizations – locally or internationally – and encouraging them to move. From visiting local health centers to connecting schools and communities around the world to understanding how to improve the world around us, to seeing how new technologies can improve the health system, the role local farmers in food production or the production of new films or television series, the possibilities are numerous.

These are not theories that take years to integrate into current school systems. In Wales, for example , a new program based on these approaches is being studied. Based on an independent study by Professor Graham Donaldson, one of his main goals is to help students become “enterprising and creative contributors”, with a focus on fields of study rather than subjects. well defined.

Although Snow’s comments date back almost sixty years, and the separation between the hard sciences and the humanities remains widespread, emphasizing creativity at all levels of education will be one way to close this gap.