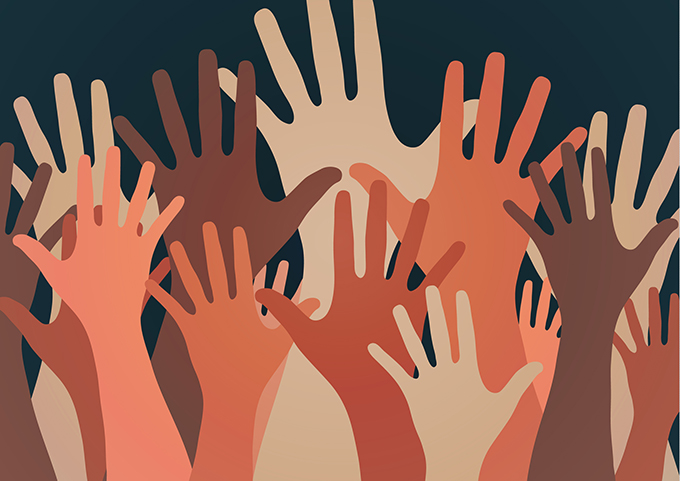 Critical race theory – an academic framework that holds that racism is embedded in society – has become the subject of an intense debate about how issues of race should or shouldn’t be taught in schools.

Largely missing in the debate is evidence of how exposure to critical race theory actually affects students.

As a researcher who specializes in youth activism, I have conducted research on and with youth organizing groups in which critical race theory is a core component of the political education. Eighty-two percent of youth organizing groups regularly offer political education, which involves a critical examination of social issues, usually through workshops and group discussions.

My research – along with that of other scholars – points to three important outcomes for young people who are taught critical race theory as part of youth organizing.

First, research shows that learning to apply a critical race theoretical perspective and think critically about society do not fuel a sense of divisiveness among youth, as some politicians have suggested.

Instead, I have found that doing so can ignite passion in youths to work collaboratively to bring about social change aimed at equity.

In my research, I have observed that when youth organizers learn how power and privilege are reproduced from one generation to the next through racialized policies like redlining or discrimination in housing, funding school districts on the basis of property taxes, which favors wealthier school districts, and tracking students into different academic levels, they often become inspired to take action to redress unfair conditions. 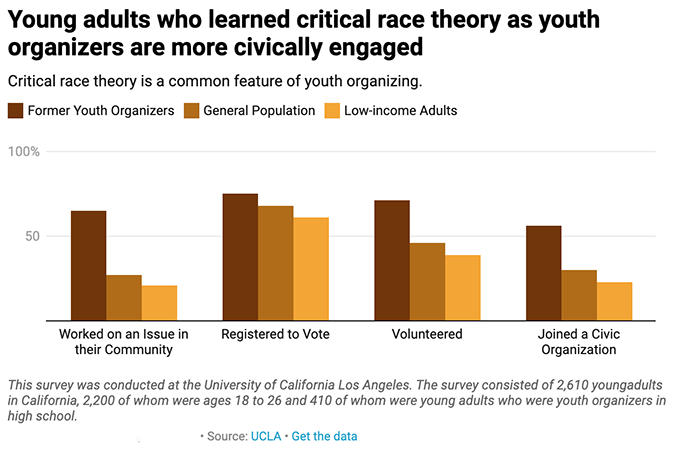 Many of the low-income youth organizers of color I have studied come to realize that most of their struggles in life are not their fault. They develop hope that reform is possible, if only policymakers and the public embrace more equitable policies. And so they set to work devising and advocating for such policies.

In one youth organizing group colleagues and I have studied, students teach one another a model called “the spiral of oppression.”

This framework helps young people understand how societal oppression of groups of people, such as racial minorities, spirals as individuals from those groups internalize oppression and begin to act on the negative stereotypes they have internalized. These actions, in turn, lead to further oppression, such as greater police surveillance, supervision and state violence as the spiral continues.

Across years, participants repeatedly told me how empowering it was to learn this framework. It helped them to make sense of what they saw happening in their communities. More significantly, it prompted them to consider how they could disrupt the spiral, both individually and collectively. Rather than seeing themselves through the binary lens of victim or oppressor, they adopted identities as change agents, committed to institutional and societal reform.

For example, in one study, I found that two-thirds of the actively involved youth organizers in Philadelphia’s lowest-performing schools significantly improved their grade-point averages.

Similarly, other scholars have found that youth organizers are more likely than their peers to report that they received mostly A and B grades in high school, and they go on to attend four-year colleges at higher rates. Ironically, research shows that while youth organizing helps young people become more aware of inequities within and across schools, it can also make them less alienated in school and more committed to academics.

Third, the benefits of being exposed to critical theory through youth organizing do not end in high school or college. My research has shown that formative experiences in youth organizing can shape the choices individuals make in their professional and civic lives as adults.

Alumni explain how the values and dispositions cultivated in organizing led them not only to adopt pro-social careers as, for example, educators or counselors, but also to find ways to continue to participate constructively in the civic life of their communities as young adults.

Other researchers have turned up similar results. In one large-scale study in California, researchers found that as adults, former youth organizers are far more likely than their peers to have volunteered, worked on an issue affecting their community, participated in civic organizations and registered to vote. These results raise the question: Could such outcomes become more widespread if schools adopted some of the principles and curricular frameworks of youth organizing, including critical race theory?

As the debate over critical race theory and its place in schools rages on, it is important that the discourse be grounded in evidence.

These outcomes are most pronounced for low-income youth of color. When politicians advance legislation to block the use of critical race theory in schools, they may actually be blocking an important means of fostering outcomes that would make America’s democracy more robust and vibrant than it would otherwise be.