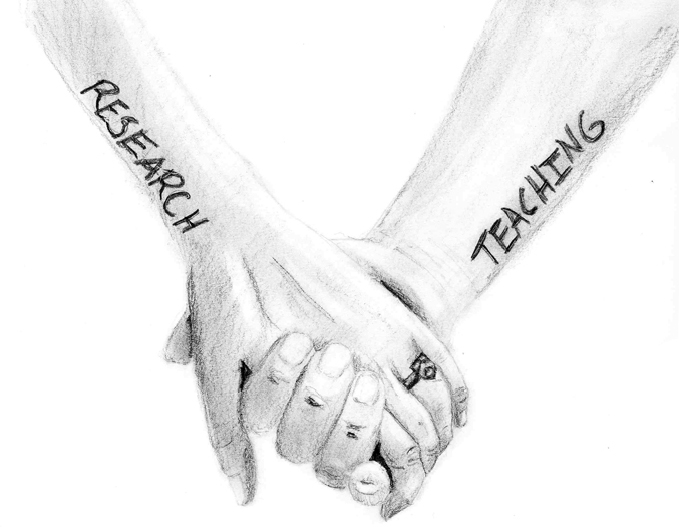 Research is loss-making. This is perhaps the most frequently uttered mantra of modern university life in the UK. Vice-chancellors on headline-grabbing salaries, who claim to run today’s universities with the same precision chief executives employ to run multinational businesses, tell us that the only way that their institutions can afford to carry out their most unique activity – research – is to subsidise it via teaching and other income streams.

Only last month, a report by the Higher Education Policy Institute put the research “deficit” at £3.3 billion in 2014-15 alone. This is because research funders pay only about three-quarters of the “full economic costs” (FEC) of research, necessitating some form of subsidy. However, after submitting 40 mostly fruitless Freedom of Information requests, we conclude that there is scant evidence as to the origin, or the extent, of this subsidy. Rather, it seems, the FEC methodology has become a convenient accounting exercise that is typically used to divert funding away from scientists and into the wider university body. This results in increased institutional surpluses that, in turn, contribute to spiralling senior management team budgets.

FEC was introduced more than a decade ago to deal with a very real problem. Academics had argued for some time that the true cost of research was not being met by the government, and research-intensive institutions were reputedly losing money hand over fist. The argument was crystallised in the landmark Dearing report of 1997, which paved the way for the introduction of undergraduate tuition fees.

FEC, so the argument went, would help universities properly understand their actual costs, so that they could maintain infrastructure and compete globally in the economically important areas of science and engineering. The definition of FEC includes, inter alia, the time nominally spent by academics on the research that they conduct, and it contributed to a short-term uplift to the research councils’ budgets. 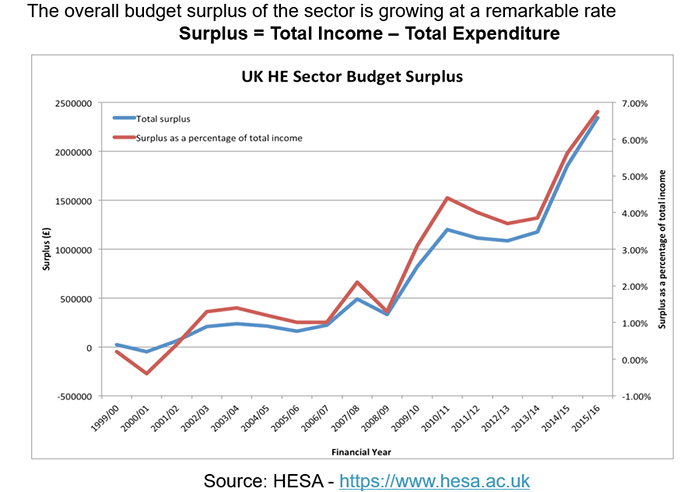 The councils agreed to pay 80 per cent of the notional FEC on grants awarded, expecting that the universities would find the remainder themselves. The question was, and continues to be, from where? On such a basis, research could always be made to look like a loss-maker, even as, in rough terms, FEC had the effect of roughly doubling the amount of money coming into universities through each research council grant that they were awarded.

Unlike a business, which would have looked for efficiencies in research in order to lower its cost, universities have expanded both their professional and academic workforces, the latter intended to attract further revenue through success in the research excellence framework.

But the 2008 economic crash bit hard. A largely flat-cash environment made it increasingly difficult for the research councils to manage demand for grants. Some reacted by meting out forms of individual and collective punishment for unsuccessful applicants that remain in place to this day.

A 2009 review of FEC by Universities UK and Research Councils UK pointed out these problems but few of its findings appear to have been acted on. Other funding agencies, such as charities and the European Union, were unprepared to cover FEC. Industry pointed out that universities’ attempts to extract at least 100 per cent of the FEC of joint research, combined with their obsession with controlling intellectual property, was damaging relationships and suppressing collaboration. Ironically, a “business-like” approach to research funding by UK universities has made them among the least competitive places in which to do research, with industrial income still lagging by international standards.

Perhaps the forthcoming knowledge exchange framework will prompt a change in the way that academia and industry interact. But, first, university managers will need to abandon the convenient notion of research being loss-making – which, in turn, often leads them to insist on 100 per cent FEC recovery before they approve of academics participating in industrially funded research projects.

When asked to explain what they do with the research grant overheads, those UK universities that answered our FoI requests – the majority – told us that they have no means of tracking the difference between income streams originating from teaching and research. Could you imagine any well-run business admitting that there was no accountability for the use of research grant overheads and no evidence that the income is being used to enhance the prosecution of science?

We need universities to be transparent about how they are spending taxpayers’ money. As Brexit looms, we need research to be treated as more than a cynical accounting exercise. Were research truly to be loss-making, we would need to admit that students – especially international students, but also domestic ones, including in the humanities – fund a lot of scientific research.

Rather than abuse FEC in order to bolster short-term indices in the scramble to climb league tables and rankings, we need to restore the real focus: making British science stronger and better.

Author Bio: Peter V. Coveney is director of the Centre for Computational Science at UCL and H Christopher Greenwell is chair in geochemistry at Durham University.