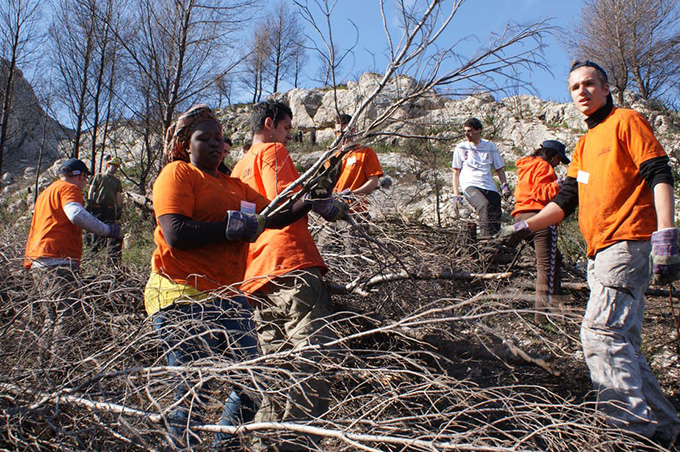 According to its official definition, the objective of the National Universal Service is social and territorial cohesion as well as the awareness, by each generation, of the issues of defense and national security, while developing a culture of commitment. .

It is supposed to promote territorial and social mixing. To achieve this goal, the government wants to use two means: the boarding school and the obligation. And so offer to a whole age group this experience of living under the same roof for a fortnight, with supervision entrusted to other young people just older – volunteers in civic service for example.

Promoting the mix of under-18s by moving them, forcing them to live in the same place, supervised by young people, has a name for more than a century: summer camps. Why does the government want to impose this experience on everyone? And, to do this, create a new device, very expensive and no real added value compared to what already exists? Would it not be possible to do otherwise?

To provoke the meeting

To brew and to live together people is not decreed. The studies of T. Piketty on the school , the Jaurès foundation , our own works or those on the politics of the city show that if we let people and the market, it is the rich who leave the ship of the Republic and the common. To make people meet, we must either force them to do so, or cause situations where we do something together.

Would the government be right in imposing this meeting? In fact no, because it focuses only on youth the ills of our society. As if, by forcing the hand to the new generations, the world would be better. For most of them, young people are refractory to this obligation.

On the other hand, on the project presented, it is difficult to see how all young people could spend a fortnight in boarding: what about apprentices, young parents, young people with disabilities or complex pathologies? In short, some will commit, others not, and as always those who will find exemptions, as has shown military service for decades.

Instead of setting up this new service ex nihilo, why not develop holiday camps? First of all because the way we produce them today does not make it possible to create diversity . Audiences are separated: young people with disabilities are sent to adapted centers, the poor and the rich go on different stays. The big organizers have segmented the market to develop their tourist catalog, between themed stays and trips abroad.

Secondly, because the associations able to promote this mix are against this obligation made to the youth to do a fortnight of internship: they know that putting young people under the same roof is not enough to create real exchanges. Without prior educational work, this only reinforces the stereotypes and processes of domination that exist in our society. We then provoke authoritarianism, inequalities between women and men, between rich and poor …

In short, those who have real expertise in this area do not support this device, first because they do not need to transmit values ​​and skills. On the other hand, because they know that the constraint is not the right tool.

Without taking into account the opinion of the young people concerned, the government will put in place a system that will not achieve any goal of inclusion, while giving the illusion of diversity through common activities and housing. That will make it possible to mix social classes and differences … with as much efficiency as a whip trying to mix oil and vinegar.

Some federations of popular education have volunteered for an experiment, some large colony organizers see it as a way to fill their building. The government project seems to be moving in the direction of current public separation practices. In short, he knows that he has actors and operators available to work in this direction.

In contrast to this model based on the short term and a captive audience, an ambitious approach could have been to take up an idea dear to Célestin Freinet , the correspondence and another built in the post-war period by the movement “the federation”, the twinning . Instead of forcing people to cross each other for a fortnight, schools, recreation centers and other training institutions would be encouraged to interact with their counterparts in remote areas of different backgrounds and methods before organizing. meetings in third spaces, during a discovery class or in a colony.

Each child could go two or three times with his class, recreation center, youth movement or learning center to camp or colo with other children. The obligation would be borne by institutions and financers, not by children or young people.

For this device to work, facilitators should be trained to organize meetings between young people living in different contexts: city, countryside, suburbs, homes, public housing, etc. Building a mix is ​​the strong idea, the purpose of a public educational policy for all young people in France. The facilitators would go through the BAFA / BAFD courses , if they include innovative pedagogies, focused on the meeting and no longer on the activities alone.

Such a policy would require federations and organizers of colos, discovery classes to (re) think their project and their pedagogy, out of market models where the parent, the child, the school is a customer to satisfy. Education, solidarity, and cohesion between the inhabitants of France can not be reduced to commercial relations, except to continue the territorial segregation and the disintegration of solidarities.