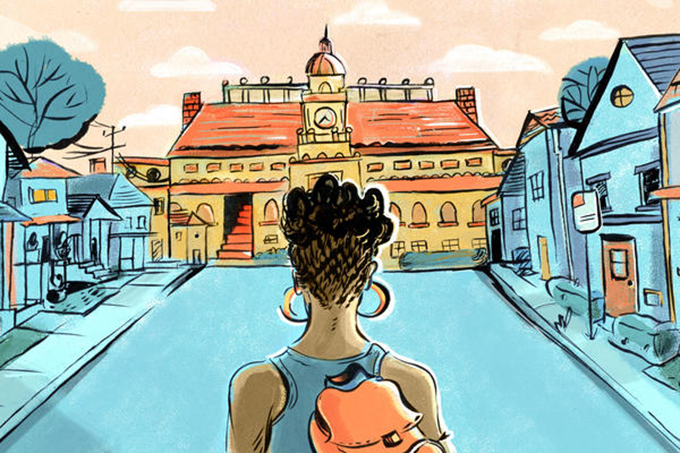 These proposals have provoked a deluge of harsh responses from commentators. Increasing public education funding and limiting charters, critics say, is nothing more than pandering to teacher unions and demonizing charter schools. While this critique may resonate on the surface, it ignores a decade of gross underfunding and privatization of public education. As my research shows, addressing these problems is key to improving student achievement.

The way taxpayers do or do not fund public schools goes to the core question of the role of government in democracy. Public schools have long consumed the lion’s share of state and local tax dollars. No other single program comes close.

Many of the earliest statewide tax systems came into existence for the express purpose of funding schools. And later major expansions of state taxes, like the state income tax in New Jersey, were solutions to unequal funding across school districts. Education holds this special status because state constitutions specifically require legislatures to fund uniform and adequate systems of public schools.

Powerful politicians and advocates, however, object to the demands public education places on government. The Koch brothers, for instance, have claimed that government illegitimately coerces excessive taxes from the wealthy and redistributes them to the masses through social programs. Public education is one of the forms of redistribution that most concerns them.

The Kochs’ donor network heavily invests in campaigns to reduce public school expenditures, expand charter schools and subsidize private education through vouchers and tax credits. The theory behind these campaigns is getting government out of the business of education and elevating property and liberty rights above all else. These campaigns, in my opinion, have never been about improving educational outcomes for all students, but about changing how American democracy works.

A decade of harm

Public education has suffered steep funding declines over the past decade. Even once the Recession passed and tax revenues fully rebounded, states failed to replace those funds.

In Arizona, public school funding was down 35% in real dollar terms as of 2015. My work shows that this is in part due to efforts to privatize public education. Rather than cure the public school funding problem, the Koch network and state government officials have pushed for vast new private school voucher plans and charter school expansions across the nation.

Over the past decade, charter funding streams steadily grew and charter school enrollment tripled nationally. Vouchers in places like Florida quadrupled in just a few years, only to be surpassed by states like Indiana shortly thereafter. Now, the secretary of education – Betsy DeVos – is fighting to expand charter schools and vouchers even further.

The longstanding research consensus shows that fairly funding public schools is key to boosting student achievement for low-income students – and the precise connection between funding and student outcomes grows stronger and more detailed with each passing year. A new study of four decades of the nation’s school finance data shows, for instance, that a 20% increase in school funding corresponds with low-income students learning almost an additional year’s worth of material over the course of their education – enough to bring their graduation rates up to par with wealthier students. Kansas’ own legislative study showed that “a 1% increase in student performance was associated with a .83% increase in spending.” New research also shows that recent funding cuts depressed student achievement.

The average person wants our leaders to reinvest in traditional public schools. Polling across the nation shows that 60% of adults think schools are underfunded. Those numbers run even higher in the Deep South, where three out of four voters are upset with how their states fund schools and want a fix. In fact, no more than a couple of points separate Republicans from Democrats on that issue there. And when teachers protested across the nation for two straight years over salaries and school resources, overwhelming majorities supported them.

Something new, not more of the same

Plans to substantially increase funding for low-income students have a deep substance and research base to them. Research and federal law has long indicated that low-income students need at least 40% more resources than their peers to achieve at comparable levels. But on average, schools serving the poorest students actually receive less than their peers. The poorest districts in the nation are a staggering US$14,000 to $16,000 per pupil short of what they need to achieve average outcomes.

The devil is always in the details with school funding, but these new Democratic proposals try to do something that the nation has never before attempted, much less achieved: fully funding the educational needs of every poor, disabled and English language learner student in the nation. One of the Democratic plans, for instance, proposes to cover half the cost of fully funding low-income students’ needs if states agree to cover the other half.

The candidates are surely looking to earn teacher unions’ support, but that does not mean their plans are flawed. In my view, eliminating public schools’ funding crisis is a good idea, both practically and constitutionally.

Doing that moves toward, not away from, kids finally receiving what state constitutions and the Founding Fathers long ago promised them.

Author Bio: Derek W. Black is a Professor of Law at the University of South Carolina