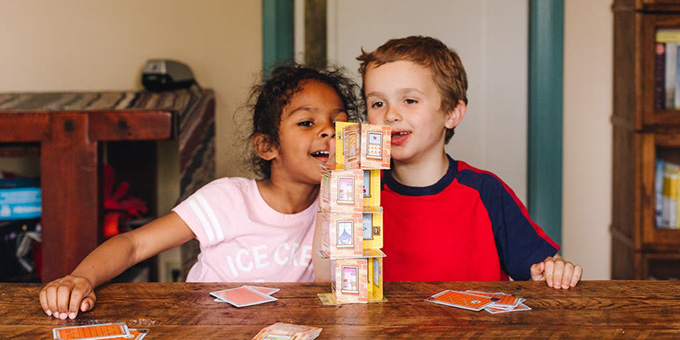 If childhood is frequently associated with learning social rules or experiencing otherness, it is also seen as a time of recklessness and imagination. Without denying the variety of situations experienced, some of which largely hinder this recklessness, the fact remains that social representations make childhood a period of promise and possibility, especially through play.

Therefore, we must question the proposals of the toy industries and what we expect from games. Should they be a vector of conformity and standardization? Are they not more intended to allow discoveries and thus encourage border crossings?

Like the children’s albums, the toys are reminiscent of childhood times and some punctuate the ages: the rubber giraffe to chew on, the baby doll, the doctor’s case, the puzzle, the electrical circuit, the talkies -walkies, remote control toys, puzzles or water guns, etc.

Some toys go through the ages and continue to be offered, donated, or even bequeathed, while others become generational markers like the first video game of the 1970s, or drawing screens that allow you to erase figures at your leisure. geometric shapes …

Witnesses to the democratization of cultural goods, games and toys also illustrate the globalization of its production and distribution. The toy market has every interest in segmenting, that is to say in multiplying its marketing targets (girls and boys, children and parents, pre-adolescents and adolescents, etc.) by declining its ranges as desired. of toys.

This is how a famous Danish brand of small building bricks becomes feminine. It is now also targeting older children, and even clearly adults, with ranges from television series or with so-called expert ones, to reproduce the architectural heritage. The staged photographs of the players according to the themes leave little doubt about the partition by sex as by age operated by the almost century-old brand.

As for the printed catalogs, this gendered categorization is confirmed by the colors in the background of the presentations, as well as by the staging of children. Sometimes, drawn characters caption the prescribed use of the objects.

In one of these supports, we can see the female character pointing at the game boxes to make soaps. As for the male figure, glasses on his nose and formula in hand, he is positioned below the “levitating magnetic train”.

These seemingly innocuous clues deliver messages that no child is mistaken. They have the effect of showing and transmitting to the child what are the social roles – laboratory assistant or chemist – and behaviors promoted for each other. Care, beautification and domestic sphere for little girls; manipulations, warrior universe and openness to the scientific and technical world for little boys.

However, this partition of toys is coupled with a hierarchy, even a form of deskilling, of certain objects. The work of Sandrine Vincent show that parents readily admit and even encourage their daughters to play with “play boys.” They would detect therein signs of independence and initiative, in all cases of positive experimentation.

On the contrary, it appears that they discourage, or even prevent, their boys from indulging in “girls’ games” for fear of a possible blurring of their identity. At the risk of confusing themselves gender identity (as a process of identity construction with regard to the norms linked to gender roles throughout life) and sexual identity.

However, this differentiation raises questions, as soon as the little boys balk, if not outright refuse to use the cousin’s bicycle covered with illustrations of the last cartoon princess, abandon the baby doll offered at Christmas, or put the corsair figurine in dungeon because of her long hair …

The examples are endless. They illustrate what Françoise Héritier called the differential valence of the sexes  : behaviors and practices associated with the feminine or the masculine do not enjoy equivalent consideration.

Parents, childcare professionals and the media play decisive roles in reinforcing or reducing stereotypes associated with women or men. As part of research supported by the Human and Social Sciences department of the University of Bordeaux “  What games do to families . In toy libraries and in families, play in the father-child relationship and in siblings ”, we examine how children play with siblings or with their father when they are in the unique context of toy libraries.

Relations between children, like that between parents and children, take on a particular form here: here it is much more often the children who decide on the game, the toy, the play partner.

Work is thus carried out both on the play potential offered by each toy and object (their affordance), and on the variety of objects, which always carry cultural and social codes . If the librarians make use of spaces and play objects to maximize children’s play according to their own rules, desires and creativity, they also attach themselves to various principles: cultural democratization, play heritage, fight against gender stereotypes, decoupling of ages, support for parenting, etc.

However, the genre knows how to slip where we do not see it at first glance, inside the boxes of board games for example. The examination of the female characters in the rule sets intended for those over 12 years old is without appeal: undressed, hyper-sexualized, presented in lascivious poses, etc. Representing the feminine has very few variations: little girl, witch or nun, frigid woman or femme fatale.

Make no mistake about it, the incarnations of the masculine offered in these same boxes, more varied of course, are no less caricature most of the time: from the mad scientist to the paunchy mafia, cigar at the corners of his lips, of the warrior from a thick raw medieval fantasy universe, the proposals similarly play on stereotypes while nevertheless summoning more diverse universes and imaginaries.

While working on the proposal for neutral toys is necessary, this is not always enough to extricate oneself from the police of gender or ages, so much do these categorizations permeate the actions of adults.

Including in the toy library, it is not uncommon to hear a parent, an early childhood or childhood professional utter “But this is not a toy for you” while pointing to the stroller. that a little boy handles. Here, the usual response from toy librarians is to remind you that this little boy may be imitating his dad, that there is nothing wrong with playing with a stroller like a parent …

However, are we sure that the little boy in question is playing parentage and duplicating mothering or paterning practices? Is this not an interpretation of an adult who does not see that the said stroller is above all a vehicle on wheels which can pass right through the toy library?

Take another example. Brother and sister are seated side by side and, with the help of figurines, invest the medieval wooden castle, installed on a low table. At first glance, one might think that the furniture and the objects made available facilitated a co-developed game that unbinds gender and the assignment to gender roles.

However, getting closer to the game, we see that both distinctly invest space and objects. The little girl moves the figurines from the castle tower inside the carriage for the “wedding of the princesses” which she tells herself as she goes along while her brother attacks the castle and the same princesses using the catapult, dinosaurs and unbroken onomatopoeias.

Understanding children’s play requires careful observation, to get rid of hasty interpretations which copy the logic and relationships to the world specific to adults and forget the frivolous and whimsical dimension of play.

What if, more than toys, it is play, made of odds and ends, recycling and crafts, extraordinary shared stories, and time to play that children dream of? Beyond the labeling of “masculine” and “feminine”, which today seems all the more obsolete as it does not reflect the diversity of identity constructions of children and adults, let us leave room for play and its possible!