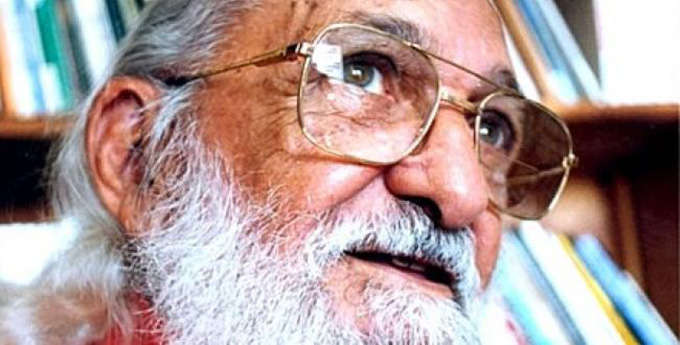 It is fashionable now to talk in France of alternative pedagogies in the continuity of the new education which, at the beginning of XX th century meant put the child’s needs at the heart of the system, and encourage more active posture students. The historical authors often cited are Steiner, Freinet, Montessori …

In a recent article , Sylvain Wagnon tried to clarify this galaxy, distinguishing in particular two poles of attraction:

“The ideals of social mixing and transformation of education remain strong anchors in the Freinet and Decroly movement while the Steiner and Montessori currents mobilize above all the development of the personality. “

Today in France, the pole “social mix and transformation” is embodied by Freinet pedagogies. It is to this movement that we also associate in general the Brazilian pedagogue Paulo Freire. However, if there are “educational links, particularly values” between the two thinkers, there is no link between the two thinkers on the historical and geographical, as Sylvain Connac explains in an interview at the Café pédagogique.

Although he is little known in France, Paulo Freire is nevertheless one of the most cited authors in the field of the humanities and social sciences, and his work, hated by the far-right Brazilian president Jair Bolsonaro , is studied in the most prestigious universities of the planet, especially Anglo-Saxon.

An issue of social transformation

Paulo Freire (1921-1997) was sometimes in Europe associated with new education. Yet he has clearly distanced himself from it. For example, he wrote in a maintenance book in 1987:

“There is no doubt that the movement of the new education, and the progressive movement, or that of the modern school, have given good contributions for this educational process, but the criticism of education In general, this has remained at the level of the school and has not spread to the whole of society. The mark of a serious commitment, in liberating education, is for me a criticism that goes beyond the walls of the school. It is not enough in the last analysis to criticize traditional schools, what we must criticize is the capitalist system that produced these schools. “

This sentence makes it possible to understand what clearly differentiates the aim of Paulo Freire from that of alternative pedagogies. The latter does not aim above all to transform pedagogical methods, but to transform society through pedagogy. In particular, in the last years of his life, he was known for his criticism of technicist teaching in the service of the imperatives of the neoliberal economic market.

Therefore, what Paulo Freire’s continuators have retained is, first and foremost, the purpose he assigns to education and pedagogy. Education aims to develop social awareness of social inequalities, discrimination or ecological dangers. This process is called “awareness”.

Passed in the French language, this term comes originally from the work of Freire. But this notion has at its origin a very precise meaning: that of a process by which the oppressed become aware of their social situation of oppression to transform it. This is the meaning of the title of his most famous book: Pedagogy of the Oppressed , written in 1968. Translated into more than twenty languages, it is no longer available in French.

Ethics before the technique

But the pedagogy of Paulo Freire is not only characterized by its finality, even if it is a remarkable point of his pedagogy and which would be enough to be able to already identify it, so much the notion of “conscientization” is emblematic of this author. It puts forward ethical action before technical action. This is the meaning of his latest book published during his lifetime: Pedagogy of autonomy (Eres, 2013).

It owes its celebrity to an adult literacy method it developed in the 1950s and subsequently tested in several countries around the world. Nevertheless, beyond this specific area, his work has found an echo in all fields of education, from kindergarten to university, through popular education.

Critical pedagogies began to develop in the English, Spanish and Portuguese linguistic areas from the 1980s. In particular, they found a specific field of expansion in “educations to”: education for citizenship, equality , ecology, media, sexuality …

But they also find applications in more traditional school subjects by focusing on the social uses of mathematics and science or the development of critical literacy. It is therefore very surprising that the French-speaking area has remained outside this international pedagogical movement.