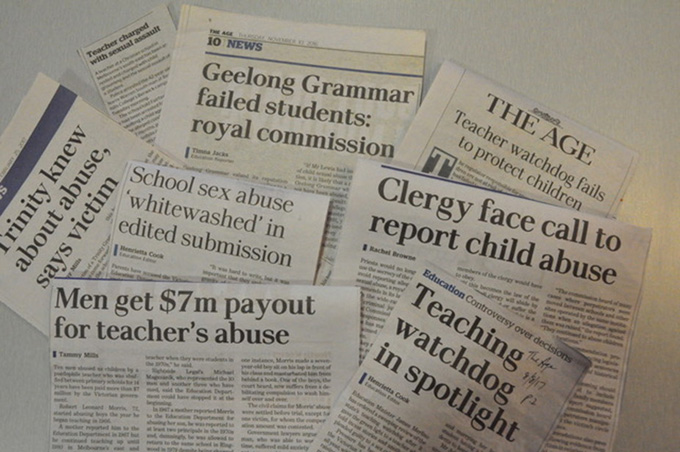 What do these occasions have in common: a wedding, a witness about to give evidence in court, and a citizenship ceremony? All are public occasions, all require witnesses, and – most importantly – all require those at the centre of the occasion to make a vow, swear an oath, or make a binding pledge.

Such occasions are far more common than we might think. Those joining the legal profession pledge to uphold certain values and behave accordingly. Think also of the words required at the swearing in of ministers of the crown or a president. Members of police and security forces, those joining the armed forces – even scouts – have to pledge to abide by codes of conduct and ethics.

So why not teachers too?

An important question to ask is what would be gained by having teachers publicly record their commitment to uphold their professional codes of conduct and ethics. To put it another way, what would be lost by removing the requirement for lawyers, doctors, ministers and others?

The findings from the Royal Commission into Institutional Responses to Child Sexual Abuse are instructive. Allegations were received from 1,467 survivors of sexual abuse suffered from at least as far back as 1940.

Of the institutional categories employed by the commission, educational institutions were the second-most-represented: 29.8% of the total. Of all alleged perpetrators, about one in six was a teacher, and by far the majority were male. Importantly, many were also clergy. Of faith-based institutions, the two most prominent were Catholic (40.9%) and Anglican (7.4%).

More than three-quarters of all survivors experienced multiple episodes of abuse, while 42.8% reported having been abused by physical contact, such as vaginal, oral and digital penetration. The average age of first abuse was 9.5 years for females and 10.3 years for males.

Even without any of the harrowing detail of particular cases, all involved in education must heed the questions asked time and again by survivors of childhood sexual abuse: how could anyone do this to me? Why didn’t anyone notice? Why wasn’t I believed?

Wherever it has happened, children have been confronted by the criminal duplicity of teachers, principals – even school counsellors and chaplains – and in schools characterised by survivors as having a culture of violence, intimidation and a sense of entitlement. For example, in the Interim Report Volume 2, the school chaplain at a Christian Brothers’ college told an 11-year-old boy who complained of being molested:

Some of us have a cross to bear boy, and that’s yours.

Grooming has hidden in plain sight in many cases. Grooming was defined in a research project commissioned by the royal commission as:

The use of a variety of manipulative and controlling techniques; with a vulnerable subject; in a range of interpersonal and social settings; in order to establish trust or normalise sexually harmful behaviour; with the overall aim of facilitating exploitation and/or prohibiting exposure.

It can look like the very trusting behaviours teachers strive to attain and school policies have been rendered futile by ambiguous wording or a lax environment of implementation. For example, evidence given by a former female student of Geelong Grammar describes how a music teacher at the school used his position to convince her to take additional music lessons, during which he repeatedly molested her.

The teaching profession simply can’t leave the responsibility for a forensic response to others. The profession, through its peak bodies, must respond.

Respect for teachers has increasingly focused on their contribution to fairly narrow educational outcomes. But historically, teachers were expected to be “moral agents” as well as “values educators”.

While such expectations may have assumed a questionable consensus and been inadequately monitored, in more recent times peak bodies have formulated codes of conduct and ethics according to which teachers are meant to conduct themselves.

Aspirational sentiments such as these, and behavioural expectations such as that “Teachers Treat Their Learners With Courtesy And Dignity” have meant nothing to those paedophiles who have worked – and hidden or even been protected – among the vast majority of teachers.

What the royal commission and media coverage of other cases have revealed is that it has been too easy for some teachers, principals and others working with children in schools, to make a mockery of their duty of care. It reveals their criminality in grooming and abusing children, in trivialising their reports of abuse, and in striving to protect schools’ and individuals’ reputations at children’s expense.

Regardless of police checks for those working with children, regardless of the legally binding duty of care and of the obligatory mandatory reporting of suspected abuse, and regardless of responsibility for pastoral care, the sexual abuse of children in educational contexts has continued.

A pledge for educators could be made within schools and upon first employment. Its declaration could be made a requirement for all job applications, just like police checks. It would indicate a formal declaration to conduct oneself ethically in all educational contexts, regardless of whether or not some individuals ultimately fail to do so.

But much more is needed as well. Teachers need help in their duty of care to identify grooming. Teacher training should pay far more attention to ethical decision-making in the practice of being a teacher.

Tags: codes of conduct and ethics