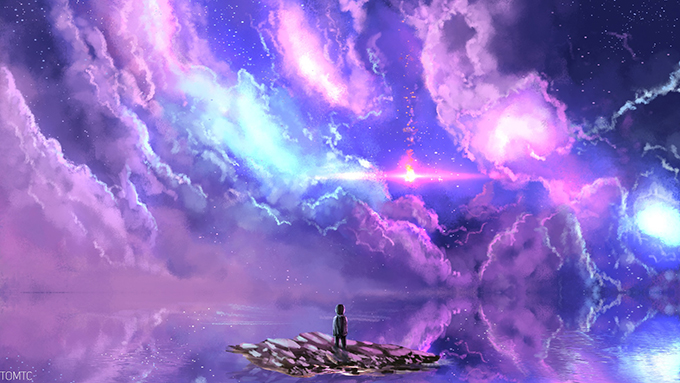 South African student voices have largely remained unheard in formal discussions around COVID-19. A pandemic that should not be put to waste, COVID-19, on some podiums, is seen as laying the groundwork for germination of seeds of change.

The students in this collection of stories by the Initiative for Creative African Narratives (iCAN, a project within the Academy for Multilingualism at the University of the Free State in South Africa) have refused to be silenced amid this pandemic.

A World Gone Mad is a collection of 15 stories written by the students. All come from rural villages or low income, highly populated settlements on the edge of metropolitan areas (also known as “townships”). Some of them wrote their stories on their cell phones.

In March 2020, when South African president Cyril Ramaphosa announced the country’s first lockdown, students had to evacuate campus and return to their homes. During this lockdown, citizens were not allowed to travel, shops had to close and people had to remain indoors.

The strict rules created fear in people from densely populated areas such as townships, and within the first week the country saw a 30% increase in gender-based violence compared to the previous year.

The students reflecting on the experiences of this life in lockdown are predominantly undergraduate students from all disciplines at the University of the Free State. The project is a decolonisation initiative by the university that motivates students to write short stories that can be published and then used in a transformed curriculum.

iCAN/University of the Free State

The iCAN, now in its fourth year, has published five anthologies. The majority of texts are based on real life experiences, but many students submit purely fictional stories. We decided to include the COVID-19 stories in a separate collection.

Writing can be used as a coping mechanism, a way to digest the world around us. We found that the stories have drawn attention to the experiences of students during the COVID moment.

In one story, My COVID-19 Nightmare, the writer illustrates the anxieties and prejudice encountered in a small village. When the main character experiences strange behaviour from her neighbours, she learns why on Facebook:

One of the Maswanganyi daughters has Corona. She was seen a few days back in hospital coughing to death and she was admitted by the doctor. Now she is back and has infected her whole family. Be careful around them, guys. #staysafe #covid19 #stayathome.

The writer was shocked. She had gone to hospital due to a cough she developed the night before when she wanted to clear her room from mosquitoes with pesticide.

Internet connection and device access has highlighted the gap between the rich and the poor students in South Africa. In the story The COVID-19 Stumbling Block the protagonist is forced to return to the densely populated township of Diepsloot, Gauteng.

She thought she saw her future jumping out of the window when the university introduced an online learning system. She saw it as a waste of time; she had no electronic device other than her cell phone.

Other themes include greeting a loved one at a rushed funeral (The 60 Minute Farewell), one’s belief in God being challenged (Faith is Not Under Lockdown) and having to abandon campus life (A Story of House Akasia).

One student relied on his imagination, painting a bleak picture of a post-COVID world where virtual reality has become safer than real life (Death of the Human Race).

The students also addressed the pandemic within the pandemic: gender-based violence. In Ngenxa Kamama the story is about a mother and daughter trapped inside their house during lockdown with a violent father.

In A World Gone Mad, the students speak for themselves, presenting the world with an authentic expression of the lived experience. It’s one that negates a Western, canonised form of thinking that views the philosophies and literatures of the global North as the only intellectual authority.

It is our aim to ensure these stories make a considerable contribution to the curriculum and the ongoing efforts to reconstruct knowledge and a sense of being in an effort to decolonise higher education in South Africa.

Some of the texts will form part of the extensive reading component of the English Academic Literacy courses at the university, where students will do online quizzes on the stories. The idea is that students will learn about each other and from each other.

The stories are also a contribution to decolonising languages. In the English language written stories, students have tamed the language to their advantage; they have used it to carry the weight of their experiences. The one written in isiZulu also tells us that these indigenous languages, which are often marginalised and tokenised, are equally valid in carrying lived experiences and have space in higher education.

Lastly, the stories give hope in surviving the pandemics and gesture towards a post-COVID future that is socially and cognitively just.