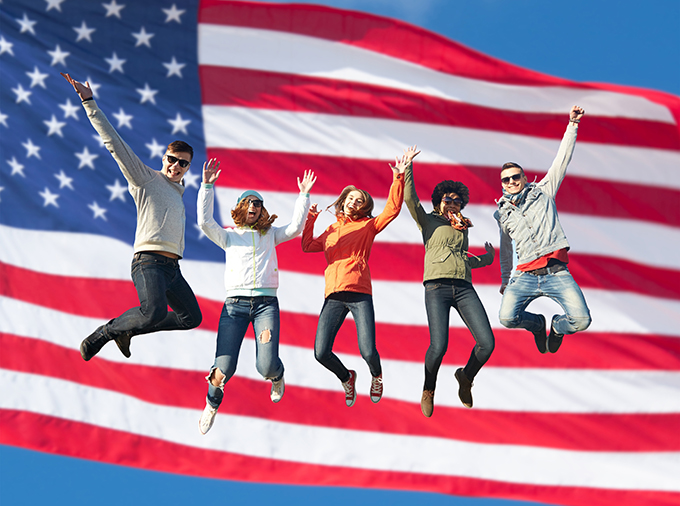 But there are also portents of a year of change and disruption for higher education throughout the world. The election of Donald Trump as the 45th president of the United States will see to that – although no one knows exactly how.

Dire predictions from many in higher education suggest that several statements made during the president’s campaign about Muslim and Hispanic students have created a perception of the US being an unfriendly place to study, which is certain to translate into fewer international students seeking admission to US colleges.

Indeed, one survey reported that 60 per cent of the 40,000 students polled from 118 countries would be less inclined to enrol in US universities if Trump was elected.

If a Trump presidency does, therefore, result in fewer international students seeking admission to US institutions, the elite American schools will not be affected. But many second- and third-tier colleges and universities, for whom tuition fees from international students are financially essential, may well suffer.

What are the facts?

The Open Doors Report found that while international enrolment in the US had increased by 7 per cent in 2015-16, that was down from a 10 per cent rise in the previous year.

New student enrolment of undergraduate, postgraduate and non-degree students expanded by 6,977 last year. However, in the previous year there was an increase of 23,638.

In addition, it is increasingly expensive to study in the US. Since 2008, tuition charges and other fees at two- and four-year public institutions have increased by 28 per cent.

With 33 million Chinese students enrolled in tertiary education, China can boast the largest higher education population in the world.

It is now the third-largest study destination for international students, trailing only the US and the UK.

Furthermore, in 2013, the Chinese government announced the “One Belt, One Road” initiative – an economic reincarnation of the historic Silk Road, building stronger relationships with all the countries from southeast China, through the Indian Ocean and the Red Sea, ending in East Africa and Europe.

In an article by Emily Zhou, a lecturer at Shanghai International Studies University, for the Observatory on Borderless Education, Chinese enterprises, by 2015, had made investments in 49 countries along the route. Among several educational by-products of this commercial expansion has been an increase by the Chinese government in financing scholarships for international students in China.

In 2015, about 40 per cent of all new international students in China received some scholarship assistance.

According to a report by the Observatory on Borderless Education published in 2016, China is now the leading host country for international branch campuses, with 249 outposts enrolling an estimated 180,000 students worldwide.

The Chinese government also has an ambitious plan to improve the worldwide rankings of Chinese universities. World Class 2.0, launched in 2015, aims to strengthen the research performance of China’s nine top-ranked universities, with a goal of having six of them rank within the top 15 universities in the world by 2030.

The enrolment of international students grew in Australia by almost 12 per cent last year and contributed A$21 billion (£12.4 billion) to the country’s economy.

Last year, there were nearly 650,000 international students in Australia. Higher education represents Australia’s third largest export, and much of the growth can be attributed to increased enrolment of Chinese students, who now account for 27 per cent of the Australian higher education market.

Last year, the number of Chinese students rose by 17 per cent, and the Australian government has developed and implemented a national policy to recruit and enrol international students, especially from Asia.

The number of international students enrolled in Canadian colleges and universities increased by 8 per cent in 2015 and contributed C$11.4 billion (£7 billion) to the country’s economy.

Enrolment from China (up 11 per cent) and India (up 28 per cent) were major contributors to this growth. Nigerian students’ enrolment expanded by 20 per cent and South Korea by 5 per cent. Last year, 12 Canadian institutions signed 13 memoranda of understanding with India’s National Skill Development Corporation.

Students from African countries who pursue their higher education abroad account for more than 10 per cent of all international students. While nearly half of African students have traditionally studied in France, there is a growing trend among African students to study in the Middle East or within Africa.

China, for example, has pledged to fund 30,000 government scholarships for African students.

I think it is fair to postulate that the US during the Trump presidency will be less attractive to many international students.

More than 100,000 students from the Middle East are currently enrolled in US colleges. In all likelihood, visa regulations will change, and students from regions identified as having a “history of exporting terrorism” will have a more difficult time gaining entry into the US.

One in every six international students is Chinese. The relationship between the Trump administration and China is yet to unfold. But the president-elect’s outreach to Taiwan and threatened tariffs against Chinese goods are not encouraging signs.

The year 2017 may also mark the time when the real “pivot” to Asia takes place. This is not hard to imagine if one follows some of the geopolitical shifts occurring around the world.

China and Russia have signed an agreement to bring Russian gas into China, and Russia has also agreed to resume sales of advanced weapons to China. Similarly, Russia and India have strengthened their ties by signing agreements for nuclear cooperation and weapons.

So don’t blame the Donald!

I suspect that many college and university international recruiters will be dismissive and upset about the premise of this article.

After all, last year more than 1 million international students studied in the United States, a record number. But that’s not the point.

What is the point is that for several years, the US has lost international student market share and many “new” regions of the world have staked out their claim as international educational hubs.

US international deans and strategists might realise, as the year plays out, fewer students on their campuses. It would be very easy to blame the US president for this. However, as this article points out, long before President Trump, there were warning signs signalling the end of US dominance in international student enrolments.

It may not happen this year or next, but as this article illustrates, there are many sub rosa forces at work that will continue to negatively impact international student enrolments in the US.