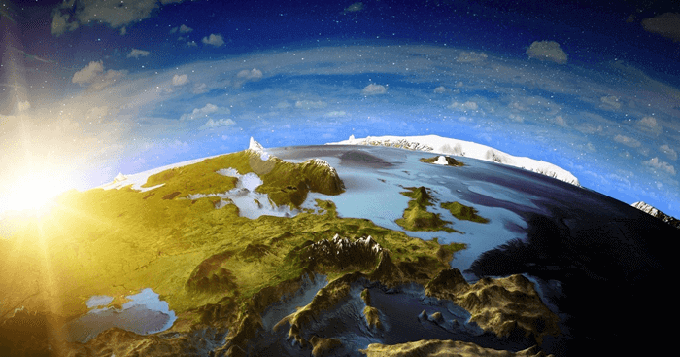 Education and the state of health of our planet are changing rapidly. However, while the number of pedagogical proposals grows, sometimes overwhelmingly , the number of species decreases as the habitats that sustain them deteriorate or disappear. Even so, the future of both seems to be related.

In this context, I start the course of Didactic Projects on the Natural Environment with an image of the Milky Way. Probably some students think they have been wrong in class. “What is this?” I ask them. We speak of the immensity of the universe, of the 250 million years it takes the solar system to go around the center of the galaxy, of the only thing that is our planet, at least to date, for housing life with a complexity and beauty overflowing …

Then I put them to work in groups. They are part of an extraterrestrial civilization that has been observing Earth from the Moon for centuries. They have to make a list of the environmental problems of the planet that can be seen from the outside: deforestation, desertification, melting, global warming, space debris, loss of biodiversity, light pollution …

All these problems I write on the board, and I ask you to relate them to each other. It always amazes me that, even with a significant percentage of letters students, they are able to identify and even relate many of the most relevant problems.

It is to be welcomed that, in part thanks to the dissemination of these environmental issues by the media, the future primary school teachers, that is, my students, have prior knowledge on which they can continue to build knowledge that in turn will transmit to his own students. An important part of their success as teachers will depend not only on their ability to connect with students but on the methodologies they use.

This activity shows future teachers who know more than they think about the topic, that environmental problems are complex and interrelated, and that our planet is in a state of progressive environmental deterioration that is very worrisome.

The Earth has gone through at least five mass extinctions of species and we are in the middle of the sixth. The implications of this planetary change, with unprecedented speed, are not only environmental but also social, economic and cultural, and add more uncertainty if possible to the world in which we live.

This is reflected in a document signed by more than 15,000 scientists from 184 countries . Among other measures for the transition to sustainability, they propose “to increase environmental education for children and encourage a greater appreciation of nature by society”.

This measure is very important in a world increasingly urbanized and isolated from the natural environment, and with an increasing weight of cities in political decisions. For example, in contrast to indigenous communities, a large majority of urbanites have an almost total ignorance of the biodiversity of the plants and their benefits. While the indigenous communities directly access the plants to cure themselves, in the cities most of the people have an indirect relationship with them, through pharmaceutical products of vegetable origin.

Nature as a learning environment

Generally, teaching about the natural environment in cities has developed in the classroom, which helps little to break this isolation. Fortunately, the multiple benefits of carrying out educational activities in nature are increasingly known: among other things, it improves behavior, communication, motivation, cooperative skills, health and feeling good about oneself.

In infant and primary education it is very important to stimulate the love of nature, to feel it through games, art, direct contact with the natural world, to begin to know its components and how they relate, and to learn to be aware of the interrelation that we have with her, and the connection between some of our acts and their deterioration. 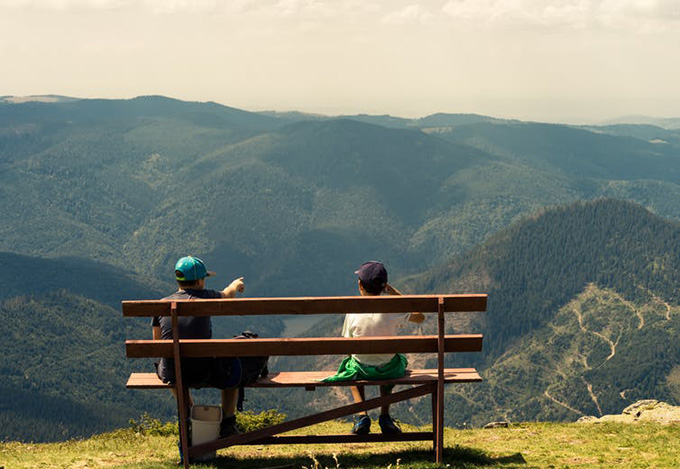 It is much better to teach to respect nature from nature itself. Val Vesa / Unsplash

In secondary education and in the university, research and the scientific method take on special importance. The outputs to the natural environment serve to observe, look for patterns, ask questions, hypothesize and evaluate them, and create theoretical models, in order to understand the functioning of nature and learn how we can better protect it.

Learning in cooperative groups and networks

In recent years we are seeing the growing use of a great diversity of didactic techniques centered on the student, not the teacher. Some of them, designed for group dynamics, such as project-based learning (PBL), cooperative learning and citizen science, had their origins decades ago, continue to evolve and provide much-needed learning in the world in which we live.

They are also very flexible tools that can be combined among them and adapt to very diverse learning scenarios, both in nature and in the classroom. Thus, for example, the reasoned answer to the question “should we become vegetarians in an increasingly populated world?” Is not unique, implies interdisciplinary knowledge of several subjects and would be an example of PBL.

If we also make the students depend on each other to be successful in the project, we would have cooperative groups. If the groups are formed by students from different European educational centers coordinated through ” e-twinning “, we would speak of a cooperative learning network. And if research groups from European universities collected and analyzed data on the feeding of students participating in the project, we would be doing citizen science.

Through a single project we work, among other things, the capacity for analysis and synthesis, creative thinking, cooperation and environmental and cultural awareness.

A promising and compromising future

The future depends in large part on us. We must at least know the consequences of our actions on our environment, and environmental education plays a key role in this regard. Fortunately, this is the moment in history with the greatest diversity of educational resources, an incredible period to dedicate to education.

The human species can adapt to very degraded and simplified environments. However, and as the biologist EO Wilson says , the global result of our present and past actions is an increasingly impoverished planet of species and more boring for generations to come. Do you think this matters? And if so, what can you do?

Author Bio: J. Bosco Imbert Rodríguez is a Professor of Ecology at the Public University of Navarra