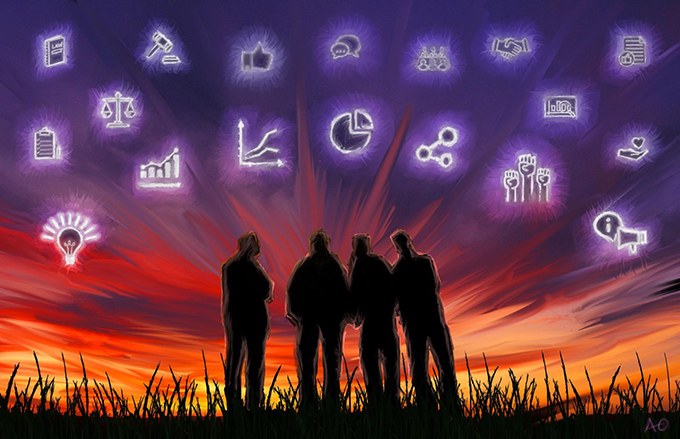 Part of the public opinion, by its own conviction and, often encouraged by various pressure groups and communication, tends to criticize education in Spain based many times on generalities and rarely on objective studies, such as those prepared by the OECD that are known periodically . It does not occur in a generalized way, but sometimes we tend to focus on details of education that can become anecdotal and not on those that determine the future of students.

Examples such as the teaching of religion or the average expenditure per student erase problems that may be much more important in the long run for the formation of the students as persons.

The school failure figures are what they are and offer an unquestionable and terrifying picture. In this environment, full of pending goals, there are those who denounce the nonsense involved in talking about “educating” the little ones without treating as core issues many keys to their human formation that are as important as Mathematics or Language .

I could say three, among many others, that have scientific evidence and whose importance has been extensively researched:

Learn to live in society

These examples are worth – which are just that, examples – to affirm that Chemistry, History or other knowledge bases of the environment should be combined as far as possible with these three basic pieces on learning to live with one’s own body and with the society.

It is useless to say that it must be the family that trains their own in this sense: not all families know in detail the scope of the rights and duties of citizens.

An academically complete and quality education that does not begin with the most everyday of the person will create another lost generation of active citizens, even if they are trained in other fields.

The way out of the social, economic and political situation of a country in crisis comes from the hand of multiple factors. What these lines want to contribute is a call to attention on the deficit of democratic formation that persists in our society, hindering both participation and citizen responsibility in the collective work that a country signifies.

Betting on a simple and practical teaching of the rights and duties that each of us have is only one step among a thousand objectives to be achieved, but it is presented as the most transversal and opportune advance provided that what is truly desired is the ability to ultimate decision of the “people”.

Each right, as has been said, is essential on this path but, for obvious reasons of immediacy and effectiveness, increasing awareness of the rights of political participation, and among them, of suffrage, should be a priority in our societies.

This may be a good moment to remember the efforts that many disciplines have made to gather, not just more attention, just a literate look at the teaching of rights .

Will it be possible, then, in Spain, to apply article 27.2 of its Constitution in practice ? “Education will aim at the full development of the human personality in respect of the democratic principles of coexistence and fundamental rights and freedoms.”

We know the end of education, but we avoid studying it.

Author Bio: Enrique Belda is Professor of Constitutional Law at the University of Castilla-La Mancha