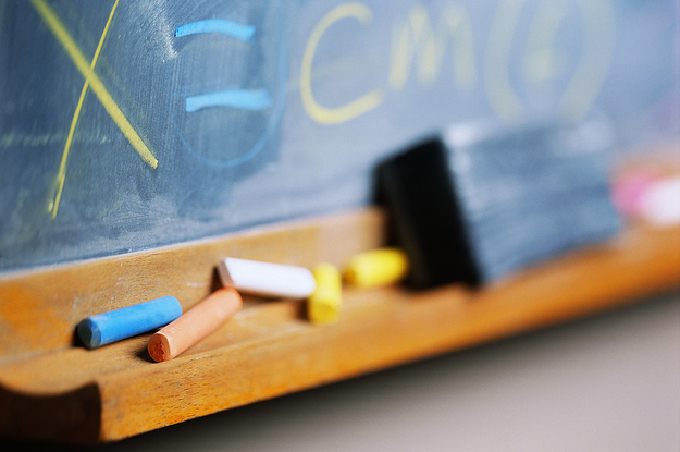 I’ve written before of the huge influx of Education professors on campus. According to admin, people with Education degrees can teach everything. Admin measures teaching by how high the grades are and how many students pass, and by this standard, yes, Educationists are good teachers. However, my investigation of these people showed that they generally cannot teach the topics for which they are hired.

“With but a few exceptions, schools of education represent the academic slums of colleges.”

On campuses, the Education department is usually pretty big, with huge numbers of students being (allegedly) taught. Administrators love quantity and have no interest in quality. Consistently, Education is viewed as shameful, as such students are generally the weakest on campus.

–a common question I’d receive from an Education major, before they became cloistered. Cloistered? Read on, but understand at this time that questions like this don’t come from a vacuum.

Education departments responded to this shame by cloistering their students. While other students take their coursework from a variety of departments, Education majors take “special ed” courses. For example, they don’t take calculus, taught by a math professor…instead they take Math for Education Majors, taught by an Education professor, and the same applies to many other subjects.

Now, Education departments produce many graduates, so admin just keeps funding more expansion of these departments, but it’s fair to ask: just how well do Educationists teach their own?

A recent article on LewRockwell.com answers the question fairly well, but I wish to reinforce some ideas.

There’s another educational issue that’s neither flattering nor comfortable to confront. That’s the low academic quality of so many teachers. It’s an issue that must be confronted and dealt with if we’re to improve the quality of education. Most states require prospective teachers to pass a certification test.

Cloistered students might look great on paper, but sooner or later they have to enter the real world, in this case, through a standardized test. Being able to demonstrate knowledge and skill in a controlled environment is the ultimate test of how well the students are being trained. Granted, you always expect some students to fail such tests, but let’s look at the questions which the teachers of your children find challenging:

Hey, fractions are tough for ten year olds, but these aren’t children attempting to answer this question, they’re college graduates. Education departments justified having their own special math classes because of their “superior” teaching skills but…it’s clear not even basic arithmetic can be expected of an Education student. The above question should not even be a question on the exam; understand the question didn’t appear in a vacuum, it appeared because so many Education graduates didn’t know basics of math. Keep in mind Education students, even those teaching math class, would get a calculator to answer the above…and still many fail.

Please understand how rigged Education is, to have students, potential teachers of your children, so shaky on basic understanding that the above could be considered a challenging question. On legitimate multiple choice tests, the wrong answers are, usually, at least somewhat plausible as correct, but I can’t conceive of a confusion of ideas which would allow for any of the wrong answers provided here. Again, this does not occur in a vacuum: so many Education majors are so utterly clueless there’s no need to make the wrong answers even remotely plausible.

The above questions were from Michigan. Here’s one for teacher certification in Arizona:

The article I’m quoting from has other questions…but I’ve given sufficient examples of how stupidly simplistic the questions are on tests given by Educationists. Yes, the graduates get 4.0 GPAs but I just don’t see how a scholar could consider these fairly difficult questions for a college graduate.

But the tests need to be this simple because, even at this level of “difficulty” many graduates from Education departments struggle:

It’s very clear that Education departments are frauds. They claim their cloistered students, after graduation, are qualified to teach our kids (and even college courses) even though it’s readily demonstrable that many of their graduates can barely think as clearly as a 10 year old.

When I discussed this problem in higher education years ago in this blog, my “clever” solution was to stop hiring Educationists to teach courses, to instead hire specialists to teach specialist topics. Years after I’ve said this, the article I’m quoting from says the same:

I think that we ought to adopt a practice whereby teachers are hired according to their undergraduate major.

Well, yeah, I agree. The author then goes on to say how a private school adopts such a practice. Yeah, I’ve said the like, also, and highlighted instead a famously successful school that, like any legitimate school, avoids Educationists diligently.