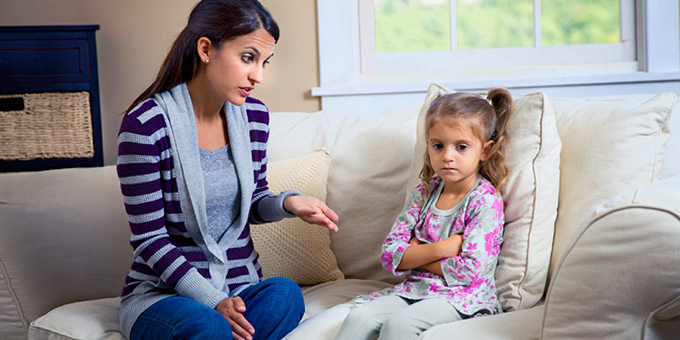 The multiplication of acts of violence against teachers on the one hand, and the vote of the Assembly on a bill prohibiting spanking on the other hand, are an acute problem of the educational authority. A re-examination of this notion is necessary. In this respect, Hegel’s teaching texts can be of great help.

As Durkheim pointed out , authority is the essential element of educational action. The excitement provoked by the recent attacks on teachers reminds us that authority is a condition of possibility of faculty work. The suffering that is developing among teachers who are unable to perform their task calmly is accentuated by the feeling that they feel they are not supported in this ordeal by their hierarchy (see #pasdewaves phenomenon).

Regulatory means, and institutional support, would be needed to ensure an authority deemed essential both to prevent, and to repress, the contestations or reprehensible aggression of students. But can this justify an authoritarian drift?

The passing of a law prohibiting any violence, physical or psychological, exercised against a child “under the pretext of his education”, reminds us that the exercise of educational authority is constrained by impassable limits. People with authority do not have the right to violence.

While a “normal right of correction” was recognized, to parents and teachers, according to consistent case law, spanking and slapping have just been put, by the legislator, the ban of educational acts. But should this install the fear of intervening, and justify a lax drift?

The law prohibiting spanking makes it necessary to think about the relationship between authority and force. For authority is, paradoxically, a “force” excluding force! Authority can be defined as the power to be obeyed without using force . It exists therefore only if it is accepted, that is to say considered legitimate by those on whom it is exercised. We are less in the order of legality than in that of legitimacy. We will use all the more strength, claiming legality, we will have less authority.

Because the authority is of the order of the personal disposition. It can not be decreed! It is not the power that confers authority, but the authority that confers power. Hence the paradox of firmness without violence. To exert a violence makes lose its status to the authority, of which it marks the ruin. One can even show authority without ever punishing.

It is therefore necessary that the holder of the educational authority can assert himself, as a person worthy of being respected, listened to, and to whom one obeys without fear or contestation. The legitimacy of the educator , parent or teacher, is built throughout the educational relationship, by means of an attitude of benevolent firmness.

Benevolence does not mean laxity

But then, no more than firmness means violence, benevolence does not mean laxity. The refusal of violence does not, on the contrary, lead to fear of imposing oneself and imposing rules. It is necessary to be able to impose a framework of life and work, without which there is no education possible.

One must have the courage to say no when it is necessary, that is to say when are at stake behaviors morally or socially unacceptable (ex: to attack others); and to remain constant in the respect of the rules without which neither the work of learning in class, nor the educational work within the family is possible. The prohibition of spanking should not lead us to throw the baby (firmness) with bath water (violence).

According to Hegel , who seems to us here of an insurmountable lucidity, education must avoid two opposite errors: repressive error, and lax error. Repressive error is marked by the denial of freedom in the name of authority. Education can only be education to freedom, through freedom:

“Education … must be, essentially, more a support than an overwhelming sense of self-awakening, that is, training for independence. “

This is why it is not a question of “demanding an empty obedience for obedience itself”, nor of “obtaining, by hardness, that which simply demands the feeling of love, of respect, and the seriousness of the thing “. “In the climate of sociability proper to study … what is least suitable is a tone excluding freedom.”

The lax error consists, symmetrically, in denying authority in the name of liberty. While the freedom of the child is built only by discipline:

“It is important not to let go of the bridle and not to regard as superfluous the constant and necessary supervision and discipline”.

Not wanting to upset children is all the more unproductive as they need to obey to grow up:

“The need to be high exists in children as their own feeling of not being satisfied with being who they are”. ( Principles of the philosophy of law , § 175 R).

For Hegel, the ideal is to “find the middle way between too much freedom allowed to children and too great a limitation of this freedom”. But knowing that the worst mistake is the lax error. Because “it is easier to love children than to raise them”! If, therefore, children belong to no one, “neither to others, nor to parents,” it is up to parents, then teachers, to help them grow up, which means resisting the whim of ephemeral desires and pleasures. .

The educational authority will therefore be the privilege of those, parents or teachers, who will have understood that the highest mark of love towards his children, like his pupils, is to have the courage to “raise them”. Not by force, but by the imposition of a benevolent firmness, which is only the manifestation of the need to respect others to be respected oneself.