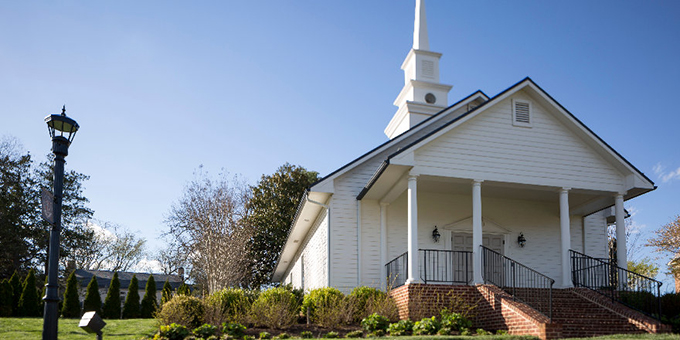 It is a little noticed fact that 15 universities in the UK are managed and governed by churches. To all intents and purposes these are faith universities.

They began in the 19th century as training colleges founded by the major churches to supply teachers for their schools. Over the subsequent decades, they developed other kinds of higher education provision across a range of disciplines and gradually became universities.

Despite this remarkable change in their activities and status, however, they remain tightly controlled by the churches. All of them still have religiously nominated governors – many reserve roles for bishops and archbishops – and that cohort almost always has a built-in majority over any non-religious governors.

Consider the University of Chester. The university council’s membership must have a majority of “foundation members”, defined as practising members of a church that is a member of the pan-Christian organisation Churches Together in Britain and Ireland. Furthermore, the majority of foundation members must be “communicant members of the Church of England”. The lord bishop of Chester and the dean of Chester are automatic members, along with the university’s vice-chancellor – who must also be a practising Christian.

In a similar way, the Roman Catholic Church dominates St Mary’s University, Twickenham. The archbishop of Westminster and the Catholic Education Service nominate the majority of the governors between them.

In its articles of association, St Mary’s declares that its purpose is “to advance education in such a manner as befits a Catholic foundation”, and “the arbiter of what befits a Catholic foundation shall be the chair”, who must be the archbishop of Westminster or a Catholic bishop nominated by the archbishop. Yet the Nolan standards of conduct in public life lay down that holders of public office must be under no obligation to organisations that might try to influence them. You might reasonably ask how any religious representative could possibly meet this standard. You might also ask how a requirement to appoint a religious representative is compatible with the Nolan principle of objectivity, which requires that decisions should be made on merit and without discrimination or bias.

Gaps in UK equality legislation make it legal for these faith universities to discriminate in the appointment of staff, up to and including the post of vice-chancellor, but this is certainly not fair or just. In practice, it means highly qualified applicants for posts in these universities are excluded solely because they lack a particular religious faith. The effort to preserve religious doctrine is at odds with the purpose of a university, which is to promote the development of human knowledge and understanding. And yet almost all the funding these institutions get comes from the public purse – unless and until their students repay their loans in full.

This issue is particularly troubling in light of signs that the Church of England plans to take the universities it controls in a regressive direction. In March 2020, the church published Faith in Higher Education – A Church of England vision, which declares that the universe is intelligible because it was created by a good God and that higher education is about using “our minds to explore and seek the renewal of all of God’s creation”. Education and wisdom are achieved by “aligning all our ways – our thinking, acting, belonging – with those of God”, and the Bible “offers a panoramic vision of the creative action of God in the natural world”.

These are partisan doctrinal assertions; they are not starting points for academic research and investigation in a contemporary university context. Even more worrying is the claim that subject content in all disciplines should be shaped by the tenets of Christian belief: “Sustained theological attention is needed on…the content of any particular discipline or field, the methodologies with which these are examined and interpreted, and the curriculum through which it is taught…We would not assume, for example, that subjects as diverse as law, business, nursing and media would remain uninfluenced by being located within an explicitly Christian narrative.”

This statement is incompatible with a statement on the Office for Students’ website, which rightly says that academic staff at English universities have the freedom to “question and test received wisdom” and “to put forward new ideas and controversial or unpopular opinions”.

Faith universities are an anachronism and the religious privilege embedded in them should be ended. The management and governance of former teacher training colleges must reflect the diversified modern universities that they have become, serving a society that is much more secular-minded and multicultural than it was when they were founded.

Publicly funded institutions of higher education should be governed and managed in the public interest, not in the interest of churches and the dogmas they seek to promulgate.

Author Bio: Keith Sharpe is Chair of the National Secular Society’s Secular Education Forum and is former Professor of Education at the University of Liverpool and De Montfort University.