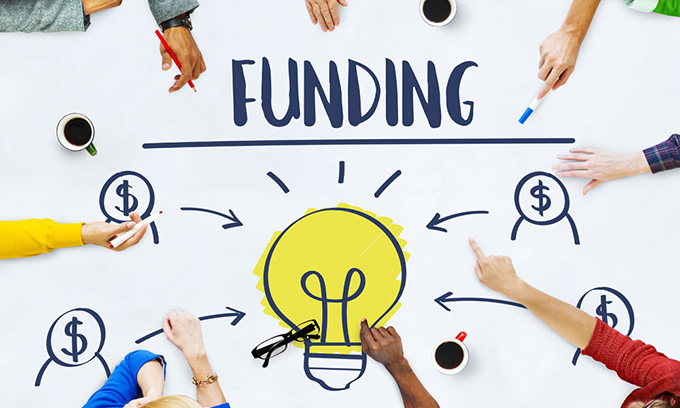 Research funding has been declining in Australia for years. As we’re feeling the full force of COVID-19, the future of funding is at the forefront of many researchers’ minds.

Most researchers understand why the research funding system in their country doesn’t work: the problems are common across the world. There just isn’t enough government money to go around. At the beginning of 2020, the Australian National Health and Medical Research Council (NHMRC) grant success rate was 14%, making grants extremely competitive. Only the unicorns get funded. And because the funding system incentivises publications, it puts pressure on researchers to publish. This leads to rushed research and incomplete and irreproducible data.

I imagine you might say, “It is the government’s responsibility to fix the funding problem”. I hear you, and I totally agree. But change at the government level is slow. We don’t have to wait.

Let’s stop trying to fix the old model. Let’s completely reinvent it! And what better time to create a new future than now as part of our return to a ‘new normal’?

The quickest way to expand research funding is to consider completely new outside-the-box approaches. We don’t have to limit ourselves to government funding. There are other ways to access funds for research.

A new model of research funding

Philanthropic funding is an underrated area of funding, despite there being some serious capital in this sector.

It’s worth mentioning some big players overseas too. The UK research charity Wellcome Trust spent £927 million in 2018/19 (in 12 months!) on grant funding for projects including science, innovations, priority areas, culture and society, as well as cross-divisional research. Of this, Australia received over £50 million of that funding.

In the US, the Howard Hughes Medical Institute granted US$763 million in 2019 to medical research. And the philanthropic giants Bill and Melinda Gates through their Foundation contributed US$5 billion in direct grant support in 2018.

It’s not just medical research being funded. The Leonardo Di Caprio Foundation distributes funds to earth science research to combat climate change, with grant funding totalling US$100 million since its inauguration in 1998.

If we support the continual growth in this sector, philanthropic and not-for-profit funding shows potential to increase funding for both basic and translational research.

Government and not-for-profit organisations distribute grant funding via taxes and donations. But we can cut out the middleman and go straight to the source for funding: the crowd.

Crowdfunding is when you put your idea out to the public, and anyone interested can support you directly with as little or as much capital as they like. The best part is that (depending on the crowdfunding platform you use) you get to keep whatever you raise, better than the all-or-nothing approach of government grants.

There are dozens of platforms for crowdfunding across the world. Kickstarter and GoFundMe are two big players. With the rise in popularity and success of crowdfunding, there are now platforms like experiment and Thinkable which are dedicated to funding scientific research projects. Consano is a platform that only crowdfunds for medical research projects.

Researchers in Australia are already tapping into the power of crowdfunding. The crowdfunding platform Pozible works with several Australian research organizations and universities to generate research funding. In partnership with Pozible, Deakin University was recently able to fund six out of eight projects through crowdfunding, raising a total of A$68,000.

Funding through these platforms are not limited to donations. They can also be loans, equity investments, or an exchange for a product, which can be helpful for start-ups and commercial projects.

Crowdfunding has the potential to fund both basic and translational research. You never know who is interested in your work until you ask.

Making the most of the small business model can also generate income for research.

Where research has translational potential, having systems to support the transition from translational research to start-up status has benefits for all of academia. Accelerating this process benefits the scientists in the start-up by allowing them to focus on product development, build reputation quickly and gain access to small business grants. This also benefits the rest of the academic community and has worked well in the past for biotech research. As biotech scientists move to business grants and investors to grow capital, they move away from typical translational funding, leaving fewer competitors for basic and early translational research funds.

Start-ups can also indirectly support basic research through access to their platforms and equipment, sharing their knowledge, and even paying rent for space. Some of the capital generated from successful start-ups could even feed-back into basic and translational research.

Making it more common to train PhDs in business could be a start in setting up this support system. And having more dedicated and experienced staff at research institutes would help too.

We’re entering a time when people are more socially conscious than ever. They want to support initiatives and businesses that are doing good for the planet and doing good for the people in it. Companies that show they care earn big brownie points with their customers.

Earlier this year, TikTok (the video sharing platform) donated US$2 million to the Peter Doherty Institute to fund COVID-19 research. This is a one-off example, but there are other examples of ongoing support.

Many Australian hospitals are in partnership with the Ronald McDonald House Charities, which sees one of the largest fast food companies in the world help to support sick kids and their families during their treatment.

Vodafone, the phone service provider, through their Vodafone Foundation has partnered with the Garvan Institute in Sydney on a project that uses smartphones to collect research data from cancer patients.

What if we could grow corporate partnership with academia? Pharmaceutical companies made A$4 billion profit in 2019, dwarfing the NHMRC funding of A$923.2 million in the same year. Can we tap into something like this? After all, those drugs responsible for generating that revenue were born out of basic science discoveries.

Maybe a symbiotic relationship between researchers and big biotech companies would be mutually beneficial? The more money we have for research, the more reagents we buy. It’s a win-win.

Clinical trials pose a unique challenge to the drug pipeline; they’re expensive (multi-million-dollar ventures, in fact) take years to complete, and only a fraction of drugs that reach clinical trials actually make it to the market.

In 2012, Jose-Maria Fernandez and colleagues shared a novel approach to fund clinical trials in Nature Biotechnology. The approach is known as a megafund.

Instead of funding clinical trials individually across stages, diseases, and drug classes, a megafund pools multiple trials together into a single portfolio. This diversity reduces the risk associated with funding one trial at a time. For example, a megafund containing 20 trials succeeds if one of the billion-dollar drugs successfully reaches the market. This covers the losses of the other 19 trials in the portfolio that failed. Roger Stein, an author on the article, explained it brilliantly in his TED Talk, A bold new way to fund drug research.

The fund would target investors interested in long term investments; such as superannuation funds, retirement funds, large capital investors, government and even individuals.

This could also be considered a more socially conscious investment. As mentioned above, people are more socially aware than ever before. Not only could they use their own money to progress medicine, they would get a return from it!

And with government and small biotech capital freed up from clinical trials, that money could go back into basic science. Some of the revenue generated from successful trials could even be filtered back into basic research.

Research institutes and individual labs can also benefit from setting up or growing their own endowment funds. They could add to their principle from these income streams described above and by only using the interest it generates, create a sustainable income stream for research over the long term. Many universities, research institutes and charities already do this, but the growth isn’t enough to keep up with the rapid acceleration of research.

Having this constant income stream can take away the reliance on volatile government funding.