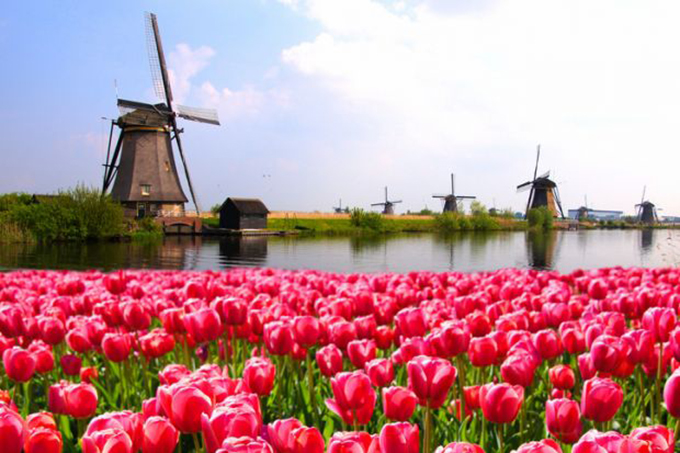 Dutch academic institutions have a reputation for being global and international in their outlook. For many, they embody the very best of the Netherlands’ socially tolerant and liberal society. As a non-white academic from a non-Western country who has worked there, I disagree.

Like many others, I saw an academic career in the Netherlands as an amazing opportunity; I would be able to access the best research resources, network with leading experts in my field and advance my career. What I didn’t expect was a racially motivated litany of neglect, contempt and harassment.

My first few months working in a Dutch university seemed strange. I’m sure international academics often feel like outsiders when starting a new job, but the atmosphere was nonetheless unfriendly and isolating. Despite introducing myself as an assistant professor, for instance, I was frequently asked whether I was a student.

I decided to ignore these microaggressions, but discriminatory remarks made by a colleague on how forms of aggression tend to come from people of certain cultures felt unacceptable, and my objection led to a confrontational argument. Things spiralled out of control and our deteriorating work relations forced me to approach the colleague’s line manager. To my surprise, however, attempts were made to justify the colleague’s behaviour, with remarks such as “[X] does not do this with me”.

Putting aside my uneasiness at having my experience trivialised, I plunged myself into my work, determined to prove myself to my employers.

As time passed, it became increasingly clear that my employers had no interest in me. I was isolated and ostracised, with no guidance on how to grow my career in a new academic culture. Slowly and strangely, several job responsibilities were taken away from me, and I was assigned to work solely on a chair professor’s project, leaving me with little time to do my own research.

I raised these matters with my supervisor at my work evaluation. To my shock, she began to physically intimidate me, waving her fists in my face and subjecting me to a torrent of abuse on my “lack of proactivity” and “inability to communicate”. I then received a negative work evaluation; the incident with my colleague was touted as an illustration of my “poor communication” and “lack of trust”. I left the room in tears.

My mental health began to deteriorate, and I approached the complaints adviser, a trained psychologist. However, they also dismissed my account as not being serious enough for a formal complaint. I began to doubt myself and, once again, plunged myself into my work, neglecting every other aspect of my life.

However, my situation at work continued to deteriorate. The discrimination against me was obvious, with colleagues being allocated more funding and opportunities to advance in their careers. The chair professor whose project I was assigned to stifled my autonomy and spoke to me only to instruct me, treating me like a domestic servant performing household tasks. The project was then arbitrarily terminated despite years of work, leaving me with no publications.

Alongside being advised to leave the country if I was not happy and being denied vacation leave, this was the last straw. I began to experience physical health problems due to stress and approached the university’s doctor, who attributed my issues to “an inability to cope with work pressure”. The end of my contract during Covid-19 brought no relief as my employers showed no interest in providing me with a good recommendation, leaving me unemployable.

You may argue that these problems are typical of those faced by incoming international scholars in other countries, and common in universities in general. However, the Netherlands’ higher education system makes these problems particularly acute.

First, the combination of German academic hierarchies with Anglo-American competitiveness in relation to funding makes certain professors extraordinarily powerful and unaccountable. Tenure, promotions and the monitoring of academic achievement remain highly subjective, with no officially defined processes or standards. Individual perceptions and biases play a major role. Hard work, achievements and collegiality are not always rewarded; my own stellar student evaluations and a publication with a prestigious university press went unacknowledged.

Meanwhile, mentorship and training are scarce for people from non-Western backgrounds. Gender has become an important focus in debates on representation in Dutch academia, prompting universities to establish mentorship and training for their female academics. However, race remains the elephant in the room. There is a dearth of minority professors, so the only mentoring possibilities I found came via professional associations and networks, where it was easier to meet academics with similar backgrounds.

Importantly, there are few effective complaint mechanisms at Dutch universities in cases of harassment or inappropriate behaviour. Confidential advisers or medical doctors affiliated to institutions exist to protect employers. It is also important to remember that Dutch anti-discrimination law offers weak protection, and the complexity of Dutch labour law does not guarantee protection from being fired, even if you are tenured.

Ultimately, whatever other people say and believe about where you work, it is important to trust your own intuition. If a place feels wrong, it probably is. It is my regret that I didn’t trust my intuition in those first few traumatic months and get out while I still had an academic future.

The author, who wishes to remain anonymous, was a social sciences academic at a Dutch university.