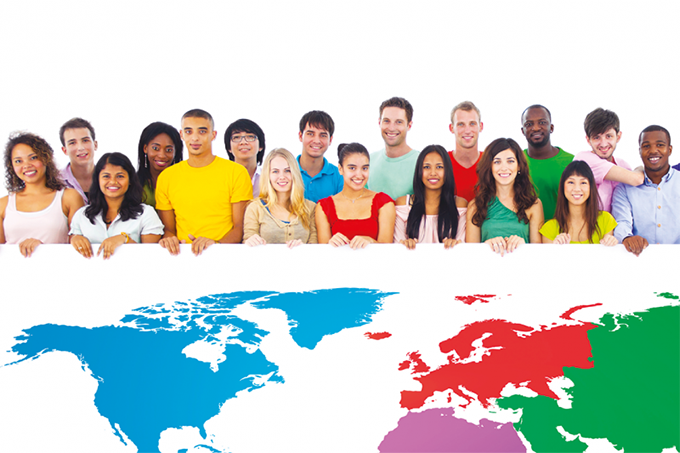 We often lament the level of young French in foreign languages. What is it really? This is the question that was raised by the National School System Assessment Board ( Cnesco ) at its Consensus Conference on Language Learning, held in March 2019, whose synthesis and recommendations come from to be published this Thursday, April 11th.

At this conference, Pascale Manoïlov presented a review of the performance of French students from CM2 to the final year, based on the results of the baccalaureate and the national assessments conducted every six years in English, German and Spanish (CEDRE). What to put into perspective the evolution of these lessons since 2005, when the programs were backed by the Common European Framework of Reference on Languages ​​( CEFR ).

It turns out that students in CM2 do not mind to speak, which is positive. Nevertheless, even if they are understandable, the statements they produce do not always respect the linguistic norm of the foreign language, and the percentages of grammatical success are below those of the overall success of the proposed activities. Only one out of two students master the syntax of simple questions and sentences, according to the 2016 evaluation.

In all competencies, girls score ten points better than boys in English, and five points in German.

The number of pupils who started learning a foreign language at the primary level is increasing steadily, and the progression of the skills in CM2 is reflected in the level at the college, as shown by the assessments made in the third. There is a real improvement in reading performance in the three languages ​​from 2004 to 2010 and 2016, and in oral comprehension in English.

Despite this progress, the results in reception of French students remain overall disappointing. They raise the question of the possibility of improving linguistic knowledge, allowing recognition and then access to meaning, in an approach that subordinates syntactic, lexical and phonological acquisition to scriptwriting and the collective project (action-oriented approach). at the rate of three hours a week.

In college, writing and speaking, the results are slightly better in 2016 than in 2010 in Spanish and German, and less good in English in writing. Orally, graphs such as quantitative and qualitative studies of productions, show a strong correlation between linguistic competence (grammatical, lexical and phonological) and pragmatic and linguistic competence. This raises the question of the actional approach (where the use of the language is not dissociated from the actions accomplished by the one who is both a speaker and a social actor), advocated by the CEFR, with regard to the number of teaching hours.

In Finland, where the studies carried out show better results both in writing and orally, particular emphasis is placed on the learning of the lexicon, an element of linguistic knowledge, and on the evaluation in interaction.

Nevertheless, the productions testify to a lack of practice of the oral, which is a regression compared to the report made at the end of primary. Pascale Manoïlov suggests that the CEDRE evaluation format – a continuous speech, quite far from what is practiced in the classroom, where the interaction should be privileged – could explain the low level of performance compared to the previous years. ‘learning.

Orally, 75% of students are not able to express themselves in a generally correct language in English, compared to 73% in Spanish and 62% in German.

The continuity of the analysis of the progress of French students in a foreign language becomes difficult in the final year. Indeed, the correspondence with the levels of the CEFR, in spite of the backing of the Official Instructions to it since 2005, seems random and relative to the conditions of evaluation, especially for oral speaking that takes place in institutions.

Some finer analyzes, however, have been possible on all the general sections and the STMG and hospitality technology sections.

It appears that the results in English are worse than in other languages, perhaps because some of the rare or regional languages ​​are chosen by pupils who speak them in the family context, but also because German is the choice students from privileged backgrounds and that Spanish is a Romance language, close to French.

However, it is difficult to compare languages ​​with each other, as practices and audiences are often different. Overall, the baccalaureate results are better in oral than in written, whatever the language observed, and the students are more efficient in expression than in comprehension.

A framework too academic

Nevertheless, as with the evaluation conducted at the end of the third year, the oral assessment, which takes the form of continuous speaking from one of the four cultural notions on the program, is very different from a real-life situation. speaking. It certainly gives rise to an important preparation upstream, if not to the learning by heart of a text prepared with the help of the entourage. This type of evaluation would once again favor students from upper socio-professional backgrounds.

This criticism is echoed in the evaluation of verbal interaction, which takes the form of an oral interrogation between teacher and learner, reproducing a classical situation in which students who are well integrated socially are excellent. It seems that the backing of the French Official Instructions to the CEFR found its limit in the academicism of the national evaluation of the baccalaureate.

Finally, this synthesis shows an impression of immobility of the French school system, which tries to renew itself and give a new dynamism to the teaching of foreign languages, while not managing to get rid of a very academic and a long tradition of normative evaluation in which the teacher holds the leading role.

This fixed and heavy framework weighs on the learning of foreign languages ​​in France and contravenes the primary mission of the National Education, in that it prevents to overcome the original social differences between the students. On the other hand, at a time when gender equality is a major societal issue, it is impossible to be happy that boys consistently score lower than girls at least three points.

Is it any wonder that these results come from a system where students receive three hours of instruction per week from the fifth and then two hours, if they do not choose a “foreign language” option? , from the class of first? Indeed, international assessments have already shown in the 1970s that the number of years and hours of weekly language teaching were essential conditions for quality learning.