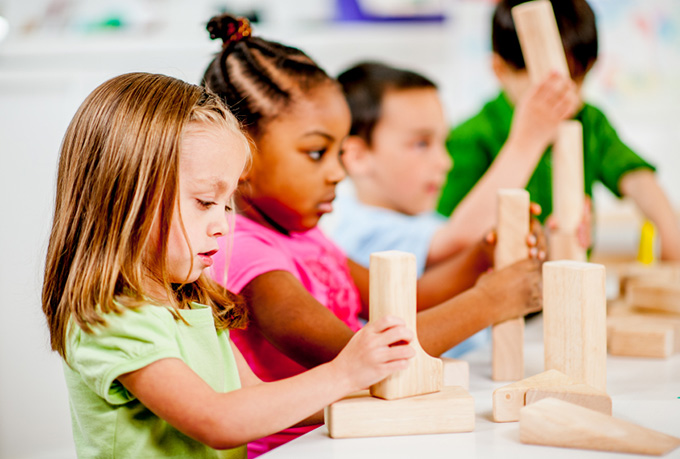 The diagnosis of Autism Spectrum Disorder, or ASD, is based in part on communication deficits, as well as on repetitive and limited behaviors, interests, and activities. The delay in the development of language in their child is also one of the main sources of anxiety pushing parents to consult.

If language is affected in all children with ASD, there is no single profile, and, as for the expression of other abilities in this disorder, heterogeneity is required. Nearly one- third of children with ASD do not develop language, or only a rudimentary expression consisting of only a few words.

In other children, we can observe a phenomenon of language regression that follows a period of normal development. The opposite can also occur – the considerable delay being followed by a notable acceleration of language development.

If, in the fifth edition of the Diagnostic and Statistical Manual of Mental Disorders (DSM-V), language assessment is no longer part of the diagnostic criteria , clinicians are asked to indicate whether ASD is associated with a disorder. the language plan. A complicated approach in that the abilities of affected children are still poorly understood.

This can have consequences for speech and language management, both in its implementation and in its content, whereas it is a fundamental follow-up to improve daily communication.

What do we know about their difficulties?

The language consists first of all of structural aspects:

Among these different domains, two have been particularly studied in the TSA. Pragmatics, first, is recognized as being universally deficient in this disorder. As for the lexicon, it would be relatively spared for many individuals, especially in terms of understanding.

On the other hand, few studies have looked at the structural aspects, which nevertheless constitute the foundation of language and communication. The studies that have addressed them highlight difficulties .

For example, studies in French have shown that a subset of children with ASD has difficulty with phonologically complex structures (such as words with a sequence of consonants, such as “clock”) or on the morphosyntactic plane (among others in the case of the production of questions with an interrogative pronoun, of the type “who do you push?” or the understanding of the sentences with the passive voice ).

What are the limitations of these studies?

The scope of these results is, however, to be qualified. Indeed, most studies on language and autistic disorders have followed children said to be “high level”, that is to say having an IQ in the norm. Very few studies include “low-level” children, who represent nearly 30% of children with ASD . The result is a flagrant lack of knowledge about the language skills of a large number of individuals.

Many studies are based on vocabulary evaluation. However, since the lexicon can be preserved in the ASD, it follows a significant risk of overestimation of children’s language abilities. Others also rely on global language measures, established for example with standardized tests used in speech therapy. However, these measures often include several language aspects, which does not make it possible to isolate the capacities in particular fields.

In addition, standardized tests often rely on specific communication situations, often introduced through images. The pragmatic difficulties of children with ASD, including difficulties in understanding the situation described and the instructions given, can have a negative impact on their performance.

This problem also applies to experimental tests targeting well-identified structures. In the above-mentioned issue study, which aimed to examine the syntactical structure of the questions formulated by children with ASD, almost half of these children’s productions were inappropriate. In place of what was expected, some children answered questions, commented on the illustrations used to support the test, or asked questions that were not targeted by the task. These productions were unusable for assessing the structural language abilities of these children; rather, they reflect pragmatic difficulties – including difficulty in adapting to the task.

How could we overcome these pitfalls?

In order to learn more about the language of children with ASD, not only must tests be used to target specific language domains, but these tests must also be appropriate for this population. In this respect, repetition tests of sentences and non-words (sound sequences that do not correspond to any word in the target language) represent a very promising track that deserves to be explored. Indeed, these repetition tasks, which target structural properties in phonology and morphosyntax, are widely recognized for their sensitivity to language disorder.

Moreover, since it is simply a matter of repeating items, these tests do not require any particular context, which greatly reduces the impact of pragmatic factors on performance. They are also accompanied by very simple instructions (just repeat what you hear), allowing them to be used with a wide variety of children, including children of “low level”.

Another study shows that for some children with ASD who had failed conventional standardized language tests, including “low-level” children, phonology and morphosyntax abilities are clearly revealed through repetition tests. Note that the performance of these children in repetition tasks was not related to particular memory abilities.

What are the stakes of this research?

Having a more in-depth assessment of children’s language with ASDs across the spectrum will help to better understand their language difficulties and develop more appropriate care. This can be crucial for integrating these children into the school system, one of the five commitments of the 2018-2022 National Strategy for Autism.

It is also an issue for their success in school, where school learning depends on the mastery of language, both orally and in writing, as well as for their insertion into the world of work. All this can only contribute to the social inclusion of people with ASD and the reduction of their isolation.

Author Bio: Philippe Prévost is a Full Professor at the University of Tours

This article has been co-written with Laurie Tuller, Sandrine Ferré, Christophe dos Santos and Racha Zebib.