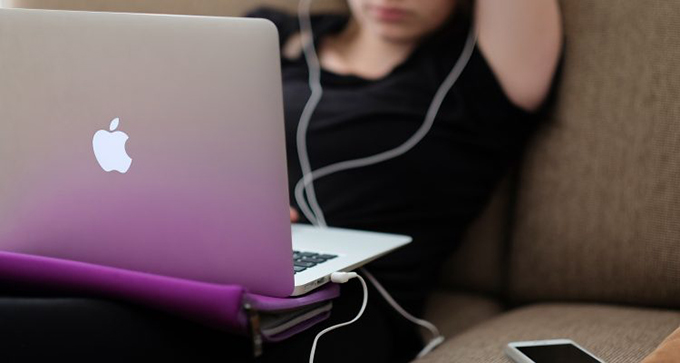 On International Women’s Day, it’s worth a harsh reminder: Women working in science, technology, engineering and mathematics (STEM) careers represent a mere 20 per cent of the current job force in the field.

According to Statistics Canada, women in STEM are also underpaid compared to their male counterparts. What’s more, more women than men enrol in university, but men with lower academic marks are more likely to choose STEM careers than women with higher marks.

Bigger studies on large populations are unable to fully explain this phenomenon and point to other possible factors and influences.

What ‘influences’ keep women out of tech?

There are a multitude of possible causes, such as differences in labour market expectations, family/work balance, differences in motivation, ambition, interests, self-esteem and self-confidence. But these purported causes only satisfy outsiders trying to explain the trend.

Any insider will tell you the real issue is that women are still victims of outdated stereotypes, even in the countries that pride themselves on gender equality.

This is true when accessing the STEM labour market, in school and in informal face-to-face and online communities.

Despite the advances women have made in the 20th century and the ongoing #MeToo movement, women working in fields of innovative and disruptive technologies continue to be targeted by gender discrimination and various forms of harassment, and they’re outnumbered.

In our respective roles as a researcher and a vlogger living at two opposing ends of the world, my co-author Naomi Wu and I share a common base of experience. We are both self-taught coders and makers, we have both been victims of online harassment and abusive behaviour, and we have both presented our work under male pseudonyms.

Let’s take the topic of 3D printing. If you want to develop expertise, building your own 3D printer is really the best way to learn how the machine operates, how to adjust and optimize it and how to design 3D objects.

This knowledge allows learners to solve real-life problems and it also develops creativity.

A savvy maker can buy a DIY kit from China and build their own 3D printer, thus obtaining the means of production of prototyped objects in the comfort of their own home.

For that reason, there are many groups on Facebook and Reddit dedicated to troubleshooting 3D printing projects.

Some have thousands of members all over the world responding to questions at all hours. Anyone who has questions on how to build the structure, connect the wires to the electronic circuit board or calibrate the printer can post their question, document problems with photos or videos when possible, and the community is there to help them.

If the person asking the question is male, they’ll receive helpful advice virtually 100 per cent of the time. Not so if you’re a woman.

Women who post questions are often dismissed with comments such as:

“Your learning curve is quite steep. You should find a guy in your area with electronics knowledge who can help you. Lol!”

“C-nts should not build machines they don’t understand.”

“I don’t mean to be sexist, but this is not a place for stupid questions.”

These are actual comments we have received.

To counter this, women create fake accounts with male pseudonyms, which spare them the abuse and allow them to solve their problems efficiently.

When we look at the current situation, it’s barely evolved from the era when Amantine Lucile Aurore Dupin wrote under the male pseudonym George Sand to gain credibility for her literary criticism and political texts in the 19th century.

The difference is that it’s 2018, and 3D printing is becoming one of the most important industries of the 21st century.

As we head towards the Fourth Industrial Revolution, workers wishing to tap into the high-tech industry will need strong analytical skills, including the ability to make sense of torrents of data emerging from technological disruptions, and social and collaboration skills, such as emotional intelligence and working with others who have different skill sets.

And of course they need programming (coding) skills and proficiency in operating complex equipment.

Women can and should enrol in college or university programs to develop many of these high-tech skills, but the truth is that with the rapid developments in emergent and disruptive technologies, including 3D printing, they also need to engage in self-directed learning just to stay on top of things.

Concretely, this means taking time to read articles, watch videos, and keep track of what’s new on top of their normal day-to-day workload.

Regardless of gender, becoming skilled in this industry requires spending time on task, sitting down and following step-by-step instructions to try things out, persisting in the face of errors, persevering and brushing up on math skills when necessary.

This can be done either by engaging in self-directed learning or by finding a way to get tutoring, because math skills are key to women pursuing STEM careers.

According to Statistics Canada, women who score higher at age 15 on the OECD’s Youth in Transition Survey and its Program for International Student Assessment tests are more likely to choose STEM careers.

Whether it’s in the context of professional STEM careers or trying to engage in do-it-yourself tinkering and innovating with open-source and disruptive technology, women are faced with gender discrimination, partly due to their under-representation in the field and partly due to outdated stereotypes.

Nonetheless, there are certainly many male makers who are supportive of women.

The best male makers in the community recognize women for their skills and accomplishments. They don’t get hung up on whether it’s a male, a female or a transgender person handling the tools or asking the questions.

‘Thicker skin’ is no solution

Of course women who are in STEM can just develop thicker skins and simply ignore the haters. The downside to that strategy, however, is that it perpetuates the problems in the long run. It normalizes hate, creates tolerance of aggressive behaviours and encourages bystanders to remain silent when they see aggression.

It also erodes the personal ambition, income, careers and reputations of women in STEM fields.

These forms of aggression are part of the glass ceiling for high-tech jobs.

They prevent girls and young women, who may be less able to deal with the abuse when simply trying to practise a hobby or complete a school project, from developing an interest in STEM in the future. This is the greatest harm.

Are we still really wondering what are the “other” factors and influences that prevent women from entering male-dominated STEM careers?

Co-written with Naomi Wu, an engineer and video blogger in China and advocate for women in tech. Wu was named one of the most influential women in 3D printing on International Women’s Day 2017.