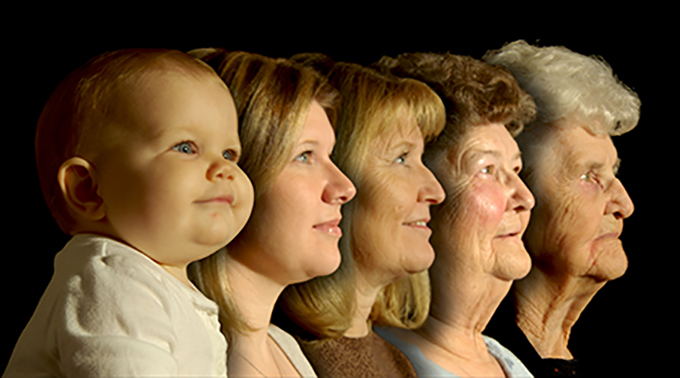 Baby boomers, millennials, generation Z … The terms are multiplying to identify groups within Western societies and designate groups of individuals of the same age who share common practices and experiences, distinct from those who preceded them .

Presumably this renewed recent interest in the idea of generations in the scientific world as in the general public holds at least in part, the socio-economic turn of the XXI th century when beaten located in breaches the implicit idea of ​​an improvement in the standard of living between parents and children (from “generation to generation”, as we say).

Since the last quarter of the XX th century, the entry of young people into the labor market, fragmented, unclear, destabilizes the entire life cycle, leading to difficulties for housing, raise a family, build a career, etc.

Yet this reading grid by “generations” is far from reaching a consensus, which is as much due to the term itself – semi-learned, it is commonly used by scientists and laymen – as to its polysemy: the idea of ​​generation can designate an age of life (around the transition to adulthood generally), a birth cohort (all people born in the same year), the members, often descendants, of the same family, and finally the temporal gap between parents and children, in particular in the study of migratory phenomena.

Coming back to these different meanings and their uses makes it possible to situate the current debates on the existence of different generations, but also to put into perspective the idea of ​​a “Covid generation” which has recently emerged.

The idea of ​​generation refers to (at least) two distinct and almost antagonistic visions of the passage of time. The first insists on the homogeneity of destiny expressed by the fact of being born one year rather than another, which demographers qualify as a cohort.

An emblematic example, superbly illustrated and analyzed by Michel Bozon ( Les Conscrits ), is the organization of conscript classes which has punctuated the life of French village communities for most of the last two centuries.

Born the same year, young men (and young women so when it, the XX th century, conscripts) prepare all the time of the draw (in the XIX th century) or the review board (the XX th century) by reproducing rites and customs established before them and which they perpetuate, making military service a ceremony of coming of age.

After the service itself appear the friendly, associations of conscripts made up of individuals born in the same year and living in the village or town, founded when they are 19 years old and dying on the death of the last survivor,

“They all follow the same cycle of activity: at their beginnings, they mainly organize balls and sports activities, then, with maturity, they devote themselves more to organized trips, banquets, parties of bowls and balls. cards. ”(Bozon, p. 38).

Today, entering the labor market has replaced the transition to military service, but the idea remains the same: entry into adulthood, a decisive moment in more than one respect, is both a determining factor. powerful of the subsequent trajectory and strongly determined by the date on which it takes place (therefore, linked, more or less, to the year of birth).

It should be noted that this first definition, which insists on the homogeneity of destiny, refers as much to the idea of ​​continuity and transmission, (as in the case of conscripts) as to that of rupture, whether it is societal, “The baby boomers”, political, the “Mitterrand generation” or technical, “the generation of digital natives”.

This is particularly clear when we move away from the social world for other universes, for example the world of art or politics, where the concept of generation is a form of self-presentation that reflects the need for new entrants to stand out from their elders, symbolically and literally: they have to “find a place” in an already well-structured environment.

We see this, for example, within the feminist movement, where the affirmation of a “third wave” in the 1990s could have symbolized the need to stand out from the activists of the Women’s Liberation Movement of the 1970s; or among the anti-racist activists of the 1980s, where the notion of second generation immigration is not so much a way of distinguishing oneself from one’s parents as of affirming a new fight against discrimination.

We also see it in the art world, where Élisa Capdevila’s recent thesis shows how American artists of the 1960s in Paris (Niki de Saint Phalle, Phil Glass, etc.) distinguished themselves from other American artists who came to Paris. train with the masters of the School of Paris such as Picasso, Matisse or Brancusi, asserting itself as an artistic avant-garde made in the USA.

In a second acceptance, the notion of generation makes it possible to operate a link between historical event and the experience of individuals. We then go from the demographic dimension (the cohort) to the historical dimension: the fact of being collectively situated in relation to a major event. We speak of “generation of fire”, for those who fought during the war of 14-18; of “May 1968 generation”, for those who mobilized during these events.

What is important is that the Mannheim generation ID is thought as such by the actors: they are conscious of belonging to a generation (as Karl Marx stresses the birth of the working class consciousness in the XIX th  century ). It is in this that we can speak of a Covid generation when reading the many testimonies of young people who have the feeling of being part of a sacrificed or “bruised” generation .

However, who says common experience does not mean homogeneity of the group. This is why Jean-François Sirinelli evokes “the plurality of generations 68” to distinguish the almost thirty years old born during the war who provided the frameworks for the baby-boomer movement, these “pedestrians of 68” for whom May 68 constituted the founding political event. Finally, only 12.25% of French people obtained the Bac in 1966, and young students are surely the tip of the iceberg.

Ultimately, the word generation is used as well to emphasize the similarities as the differences, which makes it both useful and complex  : in some cases, it allows to emphasize the forms that the different stages of life take and the way in which some generations experience them more difficult than others; in others, it is the mechanisms of belonging to a generation that are brought to light and the way in which the same historical event is anchored in the minds of those who experience it.

These different acceptances of the word generation, however, share elements – beyond of course the main idea of ​​a “common destiny” – the main one being the effect of homogenization, which accentuates the links between those who share a date. birth or the experience of an event and minimizes, or even totally masks, the differences, especially social ones, between them.

As such, the situation of young people hit by the crisis caused by Covid perfectly illustrates the ambiguity and the difficulties in handling the concept of generation. On the one hand, the word makes it possible to emphasize the differences between age groups at the time of the crisis: the impact is very different depending on the moment in life where each is located. On the other hand, we will highlight the strong variations in the experience of the crisis within the same generation (for example the youngest), according to their position in society: social environment, place of life at home. countryside or in town, type of job held, etc.

In the end, the concept of generation translates a reality as well as helping to create it. Above all, in increasingly diverse but also increasingly polarized Western societies – socially, economically, politically – it tends to crush differences to provide a simple reading grid for social relationships. Useful, therefore, but to be used in moderation.

Author Bios: Angeline Escafré-Dublet is a Lecturer in Political Science at Lumière Lyon 2 University and Lionel Kesztenbaum is a Researcher at the National Institute of Demographic Studies (INED)