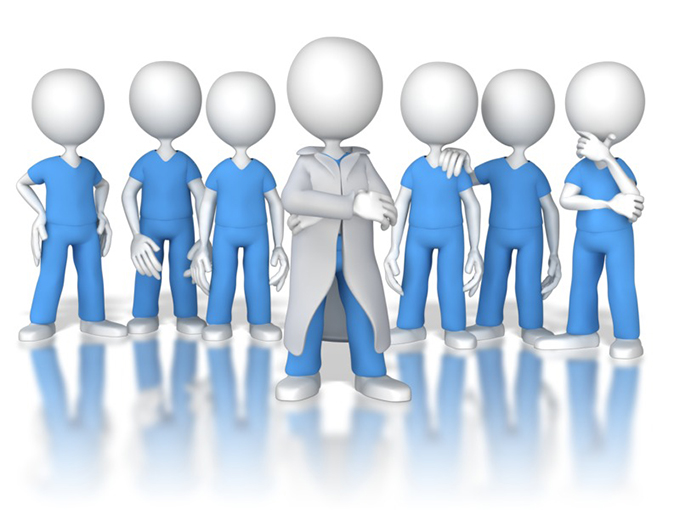 “But there are no peer reviewed papers disputing global warming.”

20ish years ago, when global warming was being crammed down our throats every day, the above was often cited as “proof” that climate warming was real. Climategate 1.0 exposed the reason for the lack of such studies was because pressure was being placed on journals not to publish such studies.

“95% of published research on this drug shows it to be quite effective.”

In a similar vein, medical research, even “peer reviewed” research, is a little suspect, especially when statistics are given in a vacuum. Yes, the published research might overwhelmingly show a drug is effective, but…studies which get results are vastly more likely to get published. A study which says “the drug does nothing” just isn’t as likely to be worth the trouble of publishing. So, you can have 20 studies which shows a drug worked, 19 of which get published (and believe you me, the drug companies can influence this decision). You can also have 100 studies showing the drug is useless, and only one of those gets published through sheer luck.

The end result? 83% of studies show the drug is useless (i.e., 100 of 120 studies), but all a reader can glean from looking at journals is that, yes, 95% of published studies say the drug works. You better believe this can warp decision making.

Much of higher ed has been infested with a demented ideology. A big part of the dogma of the ideology is “men and women are exactly the same (unless it’s a woman making the accusation, because women are always perfectly correct about that).”

Perhaps my adding the parenthetical clarification was gratuitous, but the fact remains that these ideologues simply cannot abide any facts which conflict with ideology. Since ideology can’t be changed, what to do about those pesky facts?

Scientist Offers Evidence That Men and Women Are Different, Gets Banned

The title is actually a pretty good summary, but the first paragraph clarifies:

The European nuclear research center known as CERN has banned Professor Alessandro Strumia of Pisa University after he gave a slide presentation at a conference that discussed male/female differences in career outcomes in the field of physics.

Physics is one of those fields where gender differences are obvious to anyone with eyeballs (perhaps “bodybuilding” is the only field where it’s even more obvious there are differences between males and females). The vast bulk of grad students in physics are male, and by extension the vast bulk of Ph.D.s in Physics are held by males.

Trouble is, the ideology demands you only hire males if there are no females available…and this situation comes up very quickly in Physics. Rather than adjust the ideology to allow for reality, the push has been to make it easier for a female to get a Ph.D. in Physics.

Professor Strumia’s presentation — which is archived here — was removed from CERN’s website, and the center issued a statement calling it “highly offensive” and “unacceptable.”

Ok, so the paper is “offensive” and “unacceptable.” Um, that’s not saying the paper is false. They’re not banning this guy because his science is bad…they’re banning him because they don’t like the truths he revealed.

Professor Strumia criticized the “mainstream” theory — i.e., that the lack of equality (“symmetry”) between men and women in the field of physics is due to sexist bias — calling it “cultural Marxism.” He cited evidence that, in attempting to create greater opportunities for women, the field has in recent years begun discriminating against male scientists. He cited research showing that apparently natural differences between men and women’s interests “play a critical role in gendered occupational choices and gender disparity in the STEM fields.”

There he goes with facts and data, damn his hide.

By the way, I was tipped to this story by a Ph.D. physicist who wishes to remain anonymous. Heretics everywhere fear the Inquisition.

Much like with global warming, scientists get the message that speaking out against the ideology will have repercussions more than powerful enough to end a career. We probably should ask questions when even Physics fears to point out obvious features of the real world…it’s what Physics is supposed to do, after all.

This squelching of knowledge is not a one-time event:

Academic Activists Send a Published Paper Down the Memory Hole

The above discusses something even more monstrous: the paper was published, then retroactively un-published due to complaints. This has never happened before, for good reason: the author’s research is officially damned. Had the paper been rejected, they could try to publish the knowledge elsewhere, or simply release it to the ‘net for free. But by publishing/unpublishing, the research is effectively buried.

It’s worse than the Memory Hole—the information cannot even be replicated accidentally, as that would lead to a copyright issue and re-burying. This. Is. Obscene.

What horrible thing did the paper report?

In the highly controversial area of human intelligence, the ‘Greater Male Variability Hypothesis’ (GMVH) asserts that there are more idiots and more geniuses among men than among women. Darwin’s research on evolution in the nineteenth century found that, although there are many exceptions for specific traits and species, there is generally more variability in males than in females of the same species throughout the animal kingdom.

The above concept has been known for years, the paper simply addressed WHY this is the case.

–The above is how I address GMVH in my statistics courses.

So, the researchers put together a paper addressing why we see what we see with our own eyeballs every day. A controversial topic, to be sure, but a mathematics journal editor decided it was worthwhile:

“I am happy to stir up controversy and few topics generate more than this one. After the Middlebury fracas, in which none of the protestors had read the book they were protesting, we could make a real contribution here by insisting that all views be heard, and providing links to them.”

–of course they never read the book, ideology requires ignorance of “alternative” facts.

After the paper was accepted came a long list of pre-emptive attacks. One huge standout:

…the National Science Foundation wrote to Sergei requesting that acknowledgment of NSF funding be removed from our paper with immediate effect. I was astonished. I had never before heard of the NSF requesting removal of acknowledgement of funding for any reason. On the contrary, they are usually delighted to have public recognition of their support for science.

Wow, the NSF is officially terrified of learning facts which run counter to ideology. How can one not be skeptical of science under these circumstances?

So, years from now, when ideologues chant how there is no peer reviewed published work saying there’s a difference between males and females…I ask the gentle reader to recall that the reason for this has nothing to do with the lack of publications.

(For what it’s worth, I write many blog posts weeks in advance; it’s been days since I’ve been up to anything beyond a quick note.)