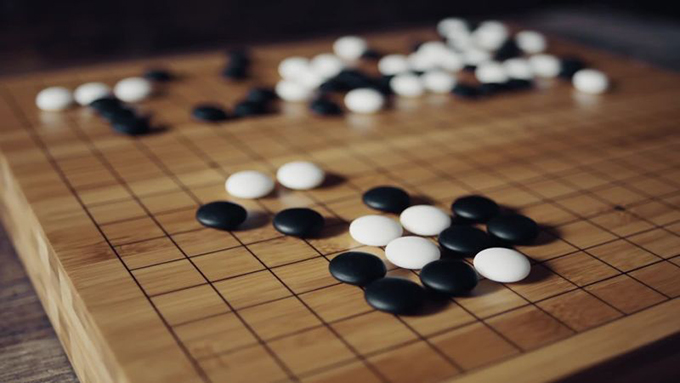 But in a demonstration of the feverish rate of progress in modern AI, details of a new milestone reached by an improved version called AlphaGo Zero were published this week in Nature.

Using less computing power and only three days of training time, AlphaGo Zero beat the original AlphaGo in a 100-game match by 100 to 0. It wasn’t even worth humans showing up.

Go is a game of strategy between two players who take it in turns to place “stones” on a 19×19 board. The goal is to surround a larger area of the board than your opponent. 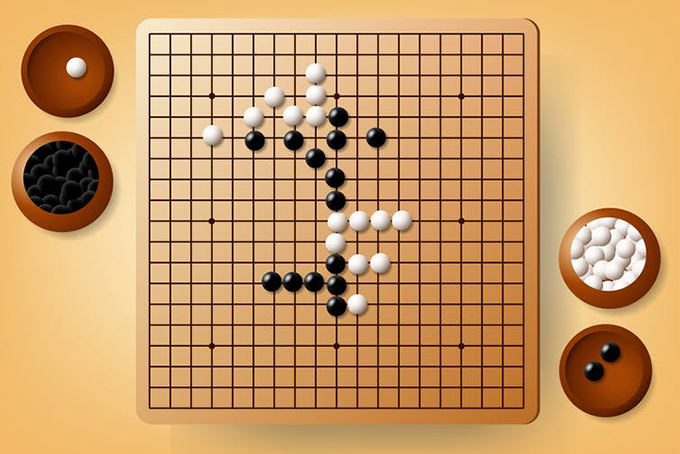 The game of Go, simple to learn but a lifetime to master… for a human. Paragorn Dangsombroon/Shutterstock

The original AlphaGo first learned from studying 30 million moves of expert human play. It then improved beyond human expertise by playing many games against itself, taking several months of computer time.

By contrast, AlphaGo Zero never saw humans play. Instead, it began by knowing only the rules of the game. From a relatively modest five million games of self-play, taking only three days on a smaller computer than the original AlphaGo, it then learned super-AlphaGo performance.

Fascinatingly, its learning roughly mimicked some of the stages through which humans progress as they master Go. AlphaGo Zero rapidly learned to reject naively short-term goals and developed more strategic thinking, generating many of the patterns of moves often used by top-level human experts.

But remarkably it then started rejecting some of these patterns in favour of new strategies never seen before in human play.

AlphaGo Zero achieved this feat by approaching the problem differently from the original AlphaGo. Both versions use a combination of two of the most powerful algorithms currently fuelling AI: deep learning and reinforcement learning.

In the pure reinforcement learning approach of AlphaGo Zero, the only information available to learn policies and values was for it to predict who might ultimately win. To make this prediction it used its current policy and values, but at the start these were random.

This is clearly a more challenging approach than the original AlphaGo, which used expert human moves to get a head-start on learning. But the earlier version learned policies and values with separate neural networks.

The algorithmic breakthrough in AlphaGo Zero was to figure out how these could be combined in just one network. This allowed the process of training by self-play to be greatly simplified, and made it feasible to start from a clean slate rather than first learning what expert humans would do.

An Elo rating is a widely used measure of the performance of players in games such as Go and chess. The best human player so far, Ke Jie, currently has an Elo rating of about 3,700.

This is an astonishingly large step up from the best human – far bigger than the current gap between the best human chess player Magnus Carlsen (about 2,800) and chess program (about 3,400).

AlphaGo Zero is an important step forward for AI because it demonstrates the feasibility of pure reinforcement learning, uncorrupted by any human guidance. This removes the need for lots of expert human knowledge to get started, which in some domains can be hard to obtain.

It also means the algorithm is free to develop completely new approaches that might have been much harder to find had it been been initially constrained to “think inside the human box”. Remarkably, this strategy also turns out to be more computationally efficient.

But Go is a tightly constrained game of perfect information, without the messiness of most real-world problems. Training AlphaGo Zero required the accurate simulation of millions of games, following the rules of Go.

For many practical problems such simulations are computationally unfeasible, or the rules themselves are less clear.

Author Bio: Geoff Goodhill is Professor of Neuroscience and Mathematics at The University of Queensland