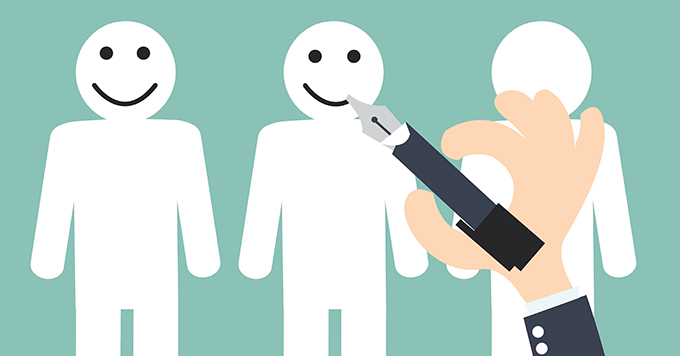 –why I had to leave a certain state university. “Retention” is the percent of students that do not drop the course and do not fail. On this particular campus of 50,000+ students, fraud was so rampant that some 20% of the names on the roster never actually came to class. If you wanted to remain faculty, you had little choice but to pass students who you never even saw, much less never did any work or took any test demonstrating they knew anything.

I’ve focused so much on the politics infecting our campuses that it’s been a while since I’ve discussed how our campuses became overwhelmed with students who have no business being on campus. How did it happen?

Admin worked to trap them on campus. Keeping a fake student on campus is called “retention,” and, as always, it started innocuously enough. Simpler courses, changes in policy, adding climbing walls and lazy rivers are common enough tactics, although they all needed approval because they went against the whole concept of education. How did they get people that knew higher education was about education to go along with it?

Admin: “Education is important. Thus, we need to work to improve retention.”

Admin’s argument seemed reasonable enough. I mean, we’ve all been raised from birth to believe that education, any time at all spent in any classroom, is a good thing. So, faculty did nothing to stop the shift on retention.

It started with mandatory meetings, but it was clear in these meetings that the primary means of increasing retention would be to reduce the education.

Admin: “The math department’s low retention numbers are not good. We need to bring in Education specialists to teach the courses.”

Since education, actually learning anything, in the courses, was irrelevant, admin quickly realized that they no longer needed knowledgeable faculty. Educationists moved in, destroying courses that had been defined and refined over the course of a century or more, erecting new courses with the same names, but without the content.

Admin: “Congratulations to Professor [Useless]. She got 100% retention this semester. We’ll be promoting her…”

–yes, this was at the same campus where 20% of the students never came to class even one time.

Higher education on many campuses became a race to the bottom. Instead of challenging students (which might cause a student to drop the course), faculty were promoted, praised, even given awards for offering courses completely devoid of content. Content was irrelevant, you see, what mattered was no student dropping the course.

All in the name of retention.

Faculty with integrity have a hard time surviving in this environment. I concede I gave up much of it, hoping that I could accomplish some good by staying and fighting to return even one campus to honor. Many of my friends could not sacrifice their integrity, and I respect that (similarly, I understand that some of my friends had family to feed, and so held their nose and did all they could to increase retention).

Coursework has degraded so much that if I dared to give a course like I did in the 80s, I’d lose 90% of the class, perhaps more. Back then of course, I wouldn’t lose so many students but campuses were different then: the bulk of students were on campus because they were interested in learning.

The focus on retention over everything has changed the dynamic. Now campuses are bogged down with students holding little to no interest in learning, and, to judge by the riots, are only interested in advancing a violent and self-destructive ideology.

The American form of higher education—ridiculously expensive and low content, with all risk assumed by the students to pay loans while the schools are immune to malpractice suits—has spread to the UK. It’s been nauseating to watch every single mistake made in the US be repeated there, and the creepy focus on retention is no exception:

How Can Universities Hang On To Their Students?

The article I’ll be quoting from above is so totally wrong, I feel the need to make considerable corrections of the errors.

First error is the article asks the wrong question. We shouldn’t ask “How can…” but rather “Why should…” The American version of higher education has trapped over 20,000,000 people into debt slavery, and even though a great many people now know that higher education is a trap, there’s still no serious effort being made to stop it.

Instead, “free community college” movements are rising up. I grant that this will, technically, not put students deep into debt (instead transferring the debt to the taxpayer, and we’ll just pretend students won’t pay taxes ever), but much of community college is a fraud, as I’ve detailed extensively in this blog.

Even without tuition debt, even without the fraud factor, we’re tricking our kids into squandering years of theirs lives partying in community college…this is so wrong.

Anyway, the UK is now looking at retention, and, of course, doing it wrong:
“The UK is a world leader when it comes to student retention – it came top in the latest OECD data (from 2014), with 71% of the country’s students completing their undergraduate courses, in contrast with 49% in the US…”

Ok, great, you’re the world leader in something that shouldn’t even be a competition. Stop. You’re done. That’s good enough. If there was any integrity, that’s where it would end, but the Poo Bahs only want one thing, ever: MOAR.

So now we’re off to the another error. No, universities are not losing a thing when a student drops.

That’s how a steward with integrity would view a dropout. But, the leaders running our schools realize that every dollar that doesn’t go to the university is a dollar (or pound, in this case) that isn’t going into administrative pocket. See how backward the point of view is?

“Teaching Excellence Framework, which will use non-continuation rates as one its metrics,…”

And here it comes, the fatal error. Retention (or “non-continuation rate”) is now going to be the measure of “good teaching” in the UK. Hereafter, an educator’s job in the UK will depend not on providing education, but on keeping butts in seats. How long until they, too, are going to be forced to have 85% retention to keep their jobs?

The rest of the article tries to cover up the reality of what higher education will become once the focus is on retention (and, do keep in mind, they’re the best in the world, and still think retention, and not education, should be the focus of education).

The article claims retention will be improved by telling the students what they need to do. Don’t get me wrong, letting students know what will be expected of them is all well and good but that’s just now how it will ultimately work out.

There’s no way to quantify “I told the students what they needed to know.” On the other hand, an administrator can quantify what percent of students didn’t drop or fail the course…and that will be the precise measure of teaching.

One comment sums up how the “problem” of poor retention can be quickly and easily fixed:

“Improve retention and standards by not recruiting virtual illiterates.”

It really is that simple. It’s the same thing faculty in the U.S. said when admin here told them to increase retention. Admin then laughed in faculty’s faces, and opened enrollment further.

One hardly needs a crystal ball to see what will happen in the UK in a few years.